5 Ways to Ignite the Youth in Agriculture Fire 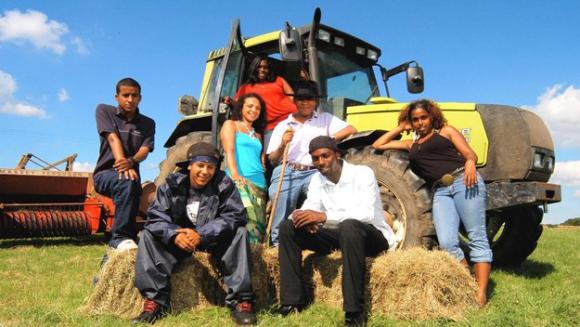 There is a current wave of issues concerning how to engage the youth in Agriculture and this is a major agricultural development agenda.

It is evident that Ghana’s agriculture has an image problem which makes it unattractive to the youth and if am allowed to say,“it isn’t cool’’. The images of farmers most youth have are of an old person wearing tattered clothes working on a farm with a hoe and cutlass. Most think of it as a laborious activity without any economic or financial pay-off with little or no career development.

With the current average age of farmers standing at 60 years and the ever increasing migration of youth to the urban centers, we stand at risk of not being able to feed ourselves in the next 20years. The Herculean task at hand then becomes how to reignite the love and passion for agriculture when the current youth desire is to work and live in the cities. Here are my five ways on how we can ignite the youth in agriculture fire;

All we see and know of agriculture and farming are poor uneducated smallholder farmers whose only tools are hoes and cutlasses. The media rarely shows large commercial farms, input dealers, warehouses, produce buyers and processors along the agricultural value chain.

The success stories and benefits of such businesses in agriculture have to be highlighted. This will not only create awareness on the  benefits of agriculture but also promote the edge for young people to build careers along the agricultural chain. All media platforms have a role to play to help better agriculture’s image to their various audiences and allow information sharing to younger people and farmers.

2.  Creating a voice for agriculture

There are several barriers to the youth’s involvement into agriculture, for us to successfully integrate them they need a voice in Agriculture and food policies. They need to be part of local development meetings, advisory and national level policy discussions. Also they are no strong organizations advocating for the youth when it comes to issues of Agriculture in this country.

Outside of Ghana a few organizations such as The Young Professionals’ Platform for Agricultural Research for Development (YPARD) provide a solid platform where young people who are already in and others who have the interest in agriculture can discuss opportunities in the agricultural sector and advocate on their behalf. In addition, social media platforms can be formed for interaction, sharing of knowledge, asking of questions and dissemination of new technology among young people in Agriculture. This tool could go a long way considering its use among young people and the ever growing number of users. Let’s utilize these avenues wisely for our development

Agriculture and hence farming is a land based activity which requires access to land, a resource that is scarce and very difficult for young people to access. Secure property rights when attained could serve as collateral for credit but this is a near impossibility for young people in Ghana because they cannot access lands and have secured rights over them.

Start ups in Agriculture needs to be financed to help boost their operations. Land policies should be friendly to the youth. The state could acquire lands and lease them to young people in agriculture for a long period.

4. Government should treat agriculture as a necessity

Food forms part of the basic necessities for human survival and as such the state has to take key interest in how its people will be fed. When the state begins to acknowledge agriculture as such, it will increase public expenditure into this sector. No one can seek education on an empty stomach or get health treatment when starving. As such agricultural development should not only be seen as a poverty reduction strategy but foremost as a necessity in life. When this occurs and investments increases in the sector young people will channel their interest into the sector.

Everyone enters a business to make profit and an income. Hence to attract young people into the agricultural sector, it has to be profitable. Honestly, making it a reality is way difficult that just making the statement. Making it profitable means increasing our productivity and his will occur by adopting new technologies and good management practices. Many Adoption studies have shown that the probability of adopting a new technology is high among young people as compared to older ones. We don’t necessarily require a large plantation as a precondition for higher productivity.

Also there is a need to look at agriculture as a whole chain from the input supply dealer right to the delivery to the consumer. The long chain requires players to effectively connect from one stage to another to prevent stagnation and losses at a stage.

The issue of post harvest losses will be addressed in subsequent writings. These are some measure we can all take to involve the youth in agriculture, what other measures do you suggest?