A Sad Rhyme Of A Farmer & How We Rebuild Their Hope. 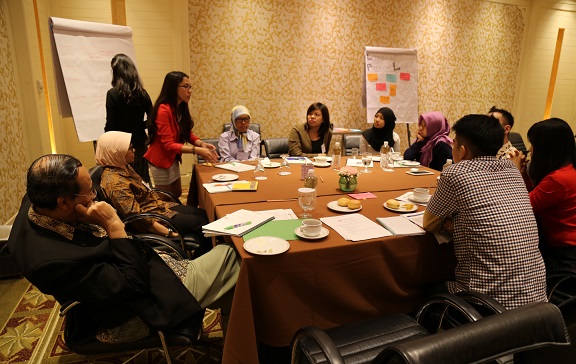 Let me tell you the story that has changed my life, a story of a five month old baby girl who has the same name like me, Lia. I met her at a hospital where she suffered from hydrocephalus & malnutrition. Her tiny body with her lumpy head and swollen belly captured my eyes at a small corner of the hospital. Her parents who is actually a small scale farmer, can’t afford the privilege of being ‘sick’ and was not able to provide her a better treatment until she finally surrendered to the hands of her Creator a few days after our accidental short meeting.

That was the first sad rhyme of a farmer I heard which followed by another sad rhyme from another farmer who have no choice except to sell their land to send their kids to school.

According to The World Food Program (WFP) within the total population of 260 million people in Indonesia, 87 million of us are in danger of food insecurity. Some might suggest that the obvious simple solution is importing food from other countries. But will it solve the problems? Will it actually help the farmers who are the most affected group of people for poverty & malnutrition?

Huge amounts of imported products are actually worsening the situation in Indonesia. The farmers have to face unhealthy competition with the imported products. They have lost their confidence and belief in their ability to succeed. They no longer want to be a farmer; they say to their children that they have to avoid being a farmer because there is no hope. Apparently we had more than 31 million farmers at 2003, but during 2013 we only had at about 25 million farmers. We had lost 500 thousand or more than 2 percent of our farmer who prefer to have another profession each year. Even worse is that agriculture sector is not sexy enough to attract the interest of our young generation. Ironically, Indonesia is supposed to be a country with huge agricultural benefits, and most of our people used to work as farmers. But that possibility no longer exists for them.

How we make the difference with GCARD

The existence of GCARD in leveraging the roles of young people like me is totally incredible. Even FAO finally realize the importance of youth in shaping the narratives of agriculture and food security. Indicates that our voices are matters & we can finally make an actual action. The themes of GCARD3 this year are essential and perfectly suit with the problem we face as a global community.  In my opinion, by focusing on the relevant evidence-based science, we seek to sustain the business of farming to ensure a better rural future and prevent the scary age of food insecurity from happening by engaging young leaders who are committed and passionate about providing a better access and better future for the whole world. This is the time for us to come up creatively, uniquely and strongly enough to overcome the threat, make an action and support for the agriculture modernization. We need to think openly about the existence of food science & technology and its benefits for our people. We also need to acknowledge the importance of farmers, by providing them with a better education, better tools and equipments.

As one of the global fellow of The Alliance for Science 2015 and also a founder/leader for YMALIS (Youth Movement for Agriculture & Life Sciences), I am strongly optimistic in the roles of young people in agriculture development.  I started my activism since I was 12 years old, and I gave several public speeches range from topics about drug abuse among students and child marriage/abortion. I am very confidence in terms of verbal presentation and facilitator. I have been a facilitator for a few times, such as at the International Conference on Tempeh in Yogyakarta, Indonesia, February 2015, and at The Alliance for Science Asia Leadership Training in Hua Hin, Thailand, January 18-25 2016.

I certainly hope the global youth event of GCARD3 would be a platform for us, young generation who seek for a better innovation to improve our qualities of life and embracing food self-sufficiency.  Hopefully I can be able to deliver a better story for those who can’t be heard and provide a better solution for the farmers in Indonesia as well as rebuild the image of farming for young people.

More posts from author
Monday, 29 February 2016 A Sad Rhyme Of A Farmer & How We Rebuild Their Hope.

How to ensure food sustainability

To Go Organic or Not. A Young professional Dilemma!