African Agriculture through the Business Lens

The tale of Africa is a sweet one that captivates the mind. I vividly remember while growing up, my history teacher explicitly told us the stories of different African countries, leaders and Africas wealth of resources. In another class, my agricultural science teacher knew how to trigger discussion on the green African pasture and the African green revolutionary movement. The first basic things I learnt was the history of agriculture in Africa and its traceability to economic growth.

As a young African, I struggled to see the value proposition in agriculture despite living in an agrarian community. Many reasons were associated with this mentality; foremost was the thought that agriculture is for poor people, those who could not afford to feed well or live in the cities. Some of the reasons as seen from the classroom, farms and the surrounding communities are:

My first encounter with the agricultural science teacher. This almost immediately made me think that agriculture could never be an interesting subject. After his introductory speech, one could validate the proficiency of such teacher and his ability to teach the subject.

Secondly, agricultural classes seemed to be some sort of sleeping pills for students. I recall how my friends usually developed strategy to sleep during the agricultural science classes. They just did not find the subject interesting and the teacher was not making it attractive.

Thirdly, the projection from the teacher and sadly from farmers within our community was that agriculture is a  career for the poor. There were no traces of business in the projected agriculture. Rather, students were made to see the poor image of farming culture. Then, students were mandated to come to school with cutlasses and hoes. We would without resistance and perhaps with relish, sing the common folksong ise agbe ni ise ile wa, eni ko sise, a ma jale, iwe kiko, laisi oka ati ada ko ipe o, rara ko ipe o. This song literarily means farming is our native work, he who does not work (farm), will engage in stealing. Learning to read and write (having an education) without the cutlass and the hoe is incomplete. 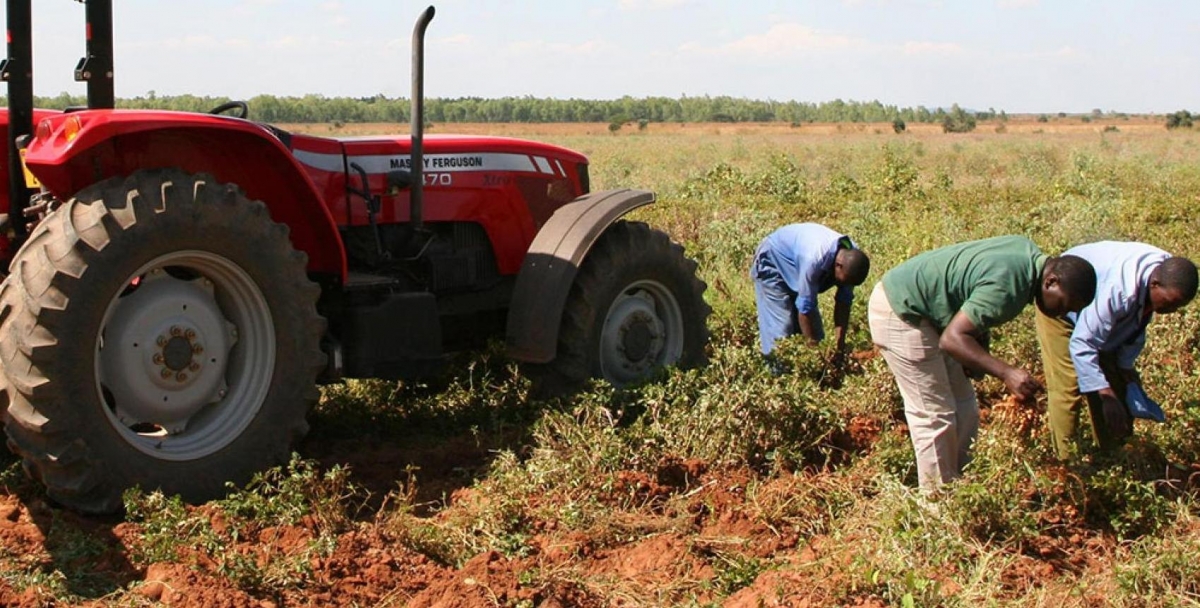 Also, agriculture back then, was just to cultivate the land using the hoe; plant grains, yam, cassava, vegetables and other arable crops; and weed the land manually. And when the time came for harvesting, the whole family went to farm to bring home the produce on using baskets. And, Hurray!, consumption starts.

In the African context, there are interesting data that project the African continent as the next food frontier for the world. African agriculture has an interesting track record. Africa has about 65 percent of the world's uncultivated farmable land. The continent is endowed with a wide diversity of agro-ecological zones such as the heavy rain-forest vegetation and dry/arid vegetation. Agriculture is the primary source of food and income for Africans and provides up to 60 percent of all jobs on the continent. Africa uses only 2 percent of its renewable water resources compared to 5 percent globally. Africa has a population of 1.16 billion out of which 60 percent of the people are living in rural areas. The economy is inherently dependent on agriculture; Africa is a net importer of food with an annual food import bill of $35 billion.

These track records go on and on, but the fact remains that Africa has the potential to be food secured and also, become the food basket of the world. As a young agriprenuer, I draw inspiration and motivation from the words of Dr. Akinwumi Adesina, the President of the African Development Bank (AfDB) who said, Agriculture cannot afford to remain an old traditional subsistence activity. It must become the next big investment magnet, a package of bankable projects that will turn some of our youths into millionaires through their innovation and enterprise.

There is obviously a faulty foundation in African agriculture where a range of stakeholders, particularly farmers are blindfolded to agriculture as a business (Agribusiness). We depend entirely on just primary production for their sustenance, which are far from modern ways of farming.

The answers to these questions are not far-fetched. Within the African continent lies the potentials of land, fertile soil, natural resources, population growth, youth population, big data and water to fulfil the dream of becoming the food basket of the world by 2050. The view that agriculture is just an engagement must change to that of agriculture as a business. To achieve this, concrete efforts in this regard must be taken by the different players such as government, private sector, businesses, donor agencies, research institutions, financial institutions, non-governmental organizations, extension agents, think tanks, farmer groups/cooperatives, individual small-scale farmers and the media.

The question that possibly comes to mind is on how we can achieve this agribusiness feat. The first move to this transformation requires getting it right with African agricultural policies and research. This involves placing emphasis on agriculture as a business. This should be followed by driving African agriculture through technology, big data, the internet of things and renewable energy where farmers are guaranteed more productivity, less post-harvest losses and an efficient market opportunity.

I strongly believed that technologies and innovations are powerful drivers to revolutionizing agriculture in Africa. However, Africa must learn the secret of successful agribusiness nations and adopt these lessons into African agriculture. And in all of these, the place of building the capacity of the farmers, adequate information sharing, maximizing the potentials of big data to driven agriculture, as well as knowledge dissemination are key to successful agribusiness operations in Africa.

More posts from author
Tuesday, 07 July 2020 Covid-19: A gamechanger in attracting youth to agribusiness
Saturday, 26 October 2019 Scoring GOALS: My journey in the fight against global hunger
Wednesday, 22 May 2019 Promoting inclusive Agri-preneurship Development for Youth in Africa