African agricultural landscape is filled with lots of potential for increased output per square meter if mechanization plays its role. Under a set of more relaxed assumptions, estimates of potentially available uncultivated land in sub-Saharan Africa range from 52 percent to as high as 60 percent of the world's remaining arable land.

A renewed focus on agricultures potential contribution to economic transformation in Africa has resulted in increased attention paid to agricultural mechanization.

Nevertheless, African agriculture still relies predominantly on human muscle power, in contrast to other developing regions that have experienced rapid increases in agricultural mechanization over the past few decades. Efforts to promote mechanization in previous decades largely consisted of state-led interventions, which failed due to the lack of demand for mechanization among farmers.

It has been observed that agricultural intensification is driven by increased population pressure and rising demand for agricultural products all over the world. This, in turn, prompts mechanization, both through the adoption of existing technologies and the development of new ones. Essentially, mechanization can be expected to be adopted by farmers when the appropriate conditions arise and would not be profitable in the absence of such conditions. 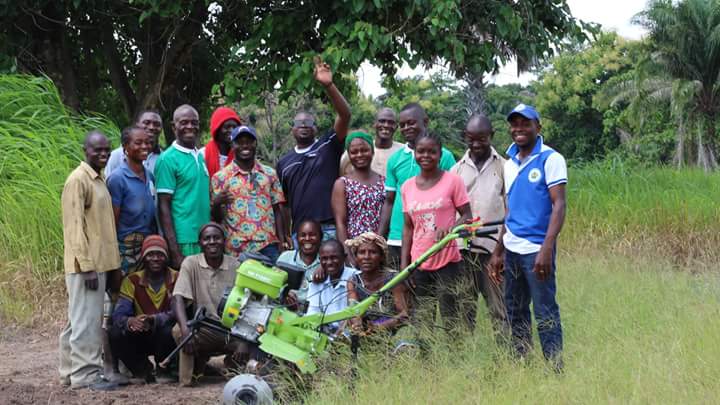 Provision of agricultural equipment such as power tillers and mini tractors will go a long way in reducing drudgery among farmers in the rural communities while increasing their livelihood.

The farmers who use such farm machinery tend to cover more acreage per year and also reduced their cost of labour which always takes up about 40% of variable production cost.

Lightweight equipment that have easy to understand operational procedures and maintenance should be provided for rural farmers to encourage more youth to participate in the venture.

More people should be trained to acquire technical maintenance skills especially for rural farmers who always tend to wait for months before getting a reply from companies supplying farm machinery.

We believe Africa is the hub for the next generation of change makers.

YPARD interns on a mission: Youth in agroecology

Who speaks for "youth in cocoa" in Ghana?

Time with the Goat Masters