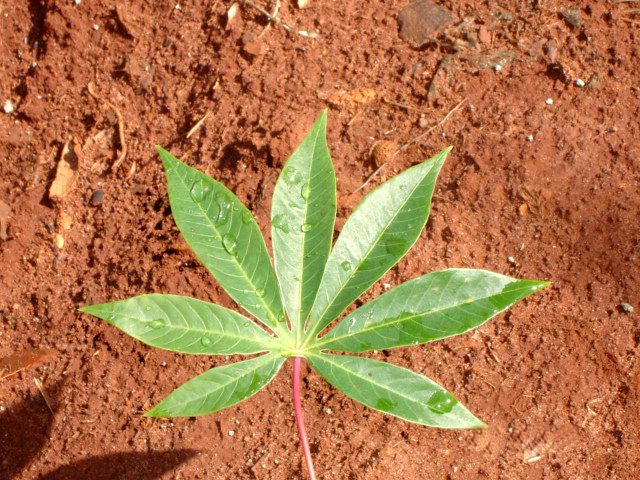 Cassava is one of the most popular and widely consumed food crops in Africa thanks to its versatility. Due to the importance of this food in the region, it is commonly referred to as a cornerstone of food security in Africa. The competing needs for cassava cut across both human and animal consumption. Besides, it is fastly becoming a popular raw material in industrial production and is now the preferred material for making biofuels.

As Africa's population continues to grow rapidly, the demand of food staples like cassava has increased. This high demand for various forms of processed cassava is pushing prices to the ceiling. Therefore, several small scale cassava farmers are making a fortune and changing their lives through this business.

As cassava is highly adaptable to our tropical climate and soils, it is very popular for producing excellent harvests even when other crops fail. Processed forms of cassava, especially gari, fufu and tapioca, are very common throughout West Africa. Particularly Gari is hugely popular in Nigeria as it has traditionally remained cheaper than other carbohydrate sources, especially rice and maize. This has aptly earned it the nickname "the common man’s food".

The annual consumption of gari in West Africa is valued with several million dollars, a figure which is closer to what the best footballers in the world earn and is expected to grow with the population explosion in the region. These statistics could have been propelled by a popular Nigerian/ international musician, Dapo Oyebanjo (D'banj), who ventured successfully into the cassava production business. So, as long as a large proportion of the population in the region remains predominantly poor, gari will continue to be the preferred food product for many years to come.

Due to the very short shelf life of harvested cassava tubers (2-3 days), inadequate road and power infrastructure, most of the cassava produced in Africa is consumed locally, where it is still unable to address the growing consumption. As a result, a lot of the cassava harvested every year in Africa become spoilt and never make it to the market. This waste is estimated to be worth millions of dollars every year. The estimated value of the global cassava trade is in excess of US$2 billion annually. However, Thailand, Brazil and Indonesia dominate the international trade in cassava.

Despite its favourable climate, fertile soils and cheap manpower, Africa is yet to fully exploit the huge returns from the global cassava trade. Nevertheless, the price of cassava and its derivatives have increased sharply in the past few years. The population explosion in Africa has made it difficult to produce enough cassava to feed many ‘common’ Africans. In addition, the raging economic growth of China has made it the largest buyer of African cassava, which it uses to feed livestock (cattle, pigs etc.). China is currently responsible for more than 60% of global cassava consumption, and is still buying more from Africa (especially in Nigeria).

When combining the growing profile and demand for cassava as a source of biofuels, it becomes very evident that the future demand and prices for cassava are moving so far. With these statistics, I call on the African youth (mostly unemployed) to embrace agriculture and venture into this cassava production in Africa. If an MTV award winning artist can do it, why can’t we?

Even for small scale entrepreneurs who are unable to participate in the international cassava export market, feeding the local African population with this most basic food stuff remains an interesting and highly lucrative prospect. What is more interesting is that as humans, animals, industries and biofuels compete for the valuable cassava crop, the prevailing local market prices will continue to explode!

Covid-19: A gamechanger in attracting youth to agribusiness

Who speaks for "youth in cocoa" in Ghana?