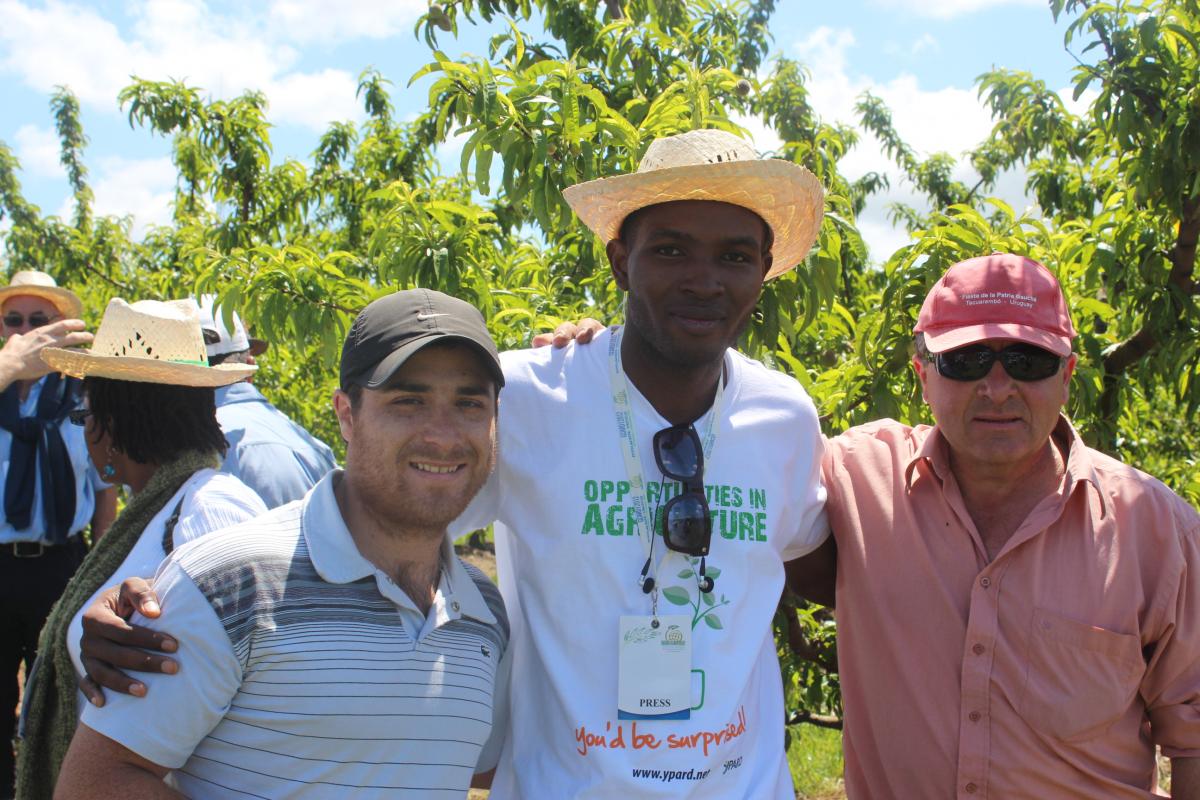 Among the many highlights of my participation at the Second Global Conference on Agricultural Research for Development (GCARD2)  with the theme FORESIGHT AND PARTNERSHIP FOR INNOVATION AND IMPACT ON SMALL-HOLDER LIVELIHOODS at Punta del Este, Uruguay on 29th October to November 1, 2012, one experience that I would not forget very quickly was the visit to the Solari Family Farm in MonteVideo Rural in Uruguay.

Andres Solari a youth and one of the children of Mr. Solari gave a tour of the farm. The seventeen (17) hectares farm was been cared for and operated by the Solari family. These included Andres, his brother and sister, his parents and regular assistance from three of their cousins.

The farm grows peaches, apples, nectars and oranges. The processing section which is right there on the farm produces wines, jam and juice.

Touching was the fact that Andres and his siblings judiciously joined their parents in the daily running and operation of the farm business. My mother started this farm in 1998 he said while giving a tour of the farm and sharing the history of the farm. The sister and mother handles the marketing and sales aspect of the  farm while Andres, his brother and father work on the farm itself with the support of their cousins and hired labour when necessary.

A showcase of one of the main themes of the conference itself which is PARTNERSHIP was dislayed by the Solaris family farm. The farm works hand in hand with the National Agricultural Institute and the Department of Agronomy in the University of Uruguay. One aspect of the partnership is the reduction of the use of pesticide by provision of biological pest control at reduced cost. This partnership makes it possible for the products of the farm fit for export and allows for sustainability of the farm and environment. These factors : active involvement of the family members in the business, partnership with research bodies and cooperatives have made high productivity possible for the Solari family farm and these has bagged them so many awards such as the Sociedad Uruguay Dehortifruiticulun Award in 2005, LATU Sistemas in 2006 and right during the visit an Award of Recognition by INIA (the National Agricultural Institute).

The commercialization of their products through retailers, supermarket and joining other growers makes exporting possible for them. As a matter of fact, as at the time of the visit the mother was away in Italy to attend the Slow Food Fair which is one of the so many international fair the farm attends to expand their market base.

The example of Andres is one that African youths and families can learn from. So if you have parents that have farms: are you joining them to make it a sustainable business enterprise? Do you share your professional skills either as an accountant, HR manager, engineer and so on to improve the activities on the farm thus increasing profitability? Taking a clue from the example of Andres and his family can go a long way to elevate poverty in families both in Nigeria and Africa as a whole.