Going back to YPARDs roots (Revisiting the past, in the present, to see the way forward) 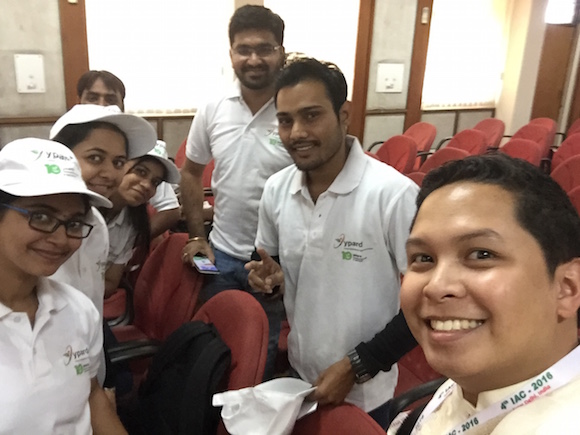 When you’re part of an international platform as vast as YPARD, it is seldom that you get the opportunity to visit the city, where YPARD was officially launched.

Such was the privilege given to me to go to New Delhi and speak on behalf of the YPARD Asia Pacific Regional Executive Committee at the Fourth International Agronomy Congress, where a Special Session on “Youth and Agriculture: Challenges and Opportunities” was convened.

It was also during this session, where YPARD members from other Asia Pacific Chapters, Nikita (Nepal), Yiwei (China), and yours truly (Philippines), joined YPARD India as  they organized a 10 year anniversary celebration for YPARD at the Indian Agricultural Research Institute (IARI) campus. 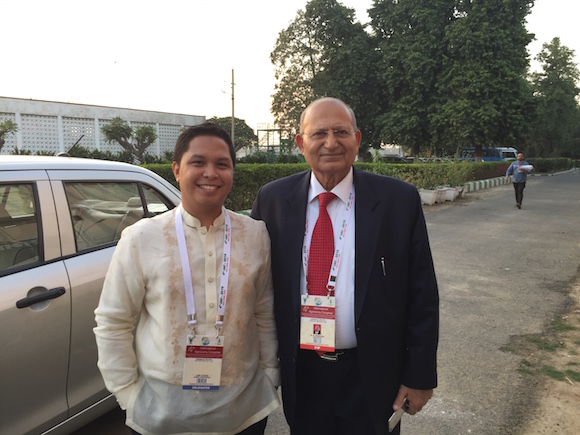 It was great to meet YPARDians from India, and to see very passionate and lively young professionals, who fight for the same cause in agriculture. What made it even more special is the fact that I got to meet the first chairman of the Global Forum for Agriculture Research (GFAR), Dr. Raj Paroda. He was there when GFAR supported the official launch of YPARD during a side-event at the triennial conference of the GFAR, in New Delhi, in 2006. Better still, 10 years later, he was there to support and engage the youth in the capacity of the Chair during the youth session.

There is beauty in synergy, and that was what I felt and experienced during the special session. The young-at-heart, a.k.a. senior scientists, academicians, were there to work hand-in-hand with the youth who will bear the torch for agriculture today and tomorrow. The youth were open to the wisdom of the experienced, but also not intimidated to voice out their concerns. Beautiful. These discussions are the ones that set things in motion for greatness to be achieved. In this case, the goal is to achieve the zero hunger challenge.

My presentation basically dealt with the country reports of YPARD Nepal and Philippines, and the way forward in engaging youth. Key objectives for the way forward were lifted from the YPARD Asia Pacific Strategic Development Plan 2015-2018; and, also an overview of the five-fold thrust of YPARD Philippines on areas where youth need to be strategically positioned; that is in the academe, research and development, extension  and communication, agribusiness, and policy/government. 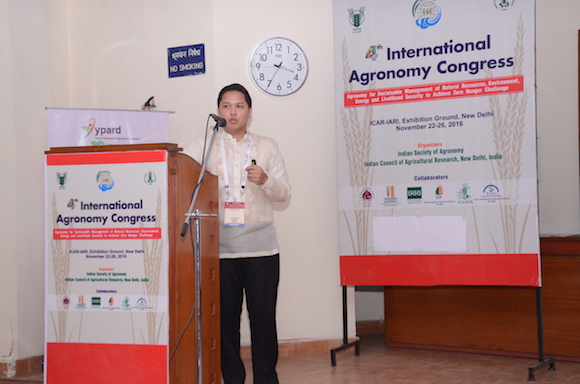 Looking at a bright future needs some “sunglasses”

I want to highlight two major points that most of the speakers during the conference emphasized on. One is the need for a systems approach. Dr. John Dixon of the Australian Center for International Agriculture Research (ACIAR) stressed that agricultural issues need to be addressed with a systems approach. The components within the farming system have to be assessed and solved based on the bigger picture where each of them affect each other. In the past or even up to now, the way agricultural issues are dealt with are one at a time in isolation from other components of the farm system.

For example, nutrient management researches would look only at controlling the release of nutrients from inputs at different rates of application, but components that affect nutrient uptake may be assumed to hold constant; which in reality is never the case, especially in a farming system. Heavy use of pesticides, wanton use of synthetic fertilizers can affect the water table, kill pollinators and natural predators of pests. In the supply chain of the production of synthetic fertilizers, one would also be able to trace the high contribution of carbon emissions which can further accelerate the effects of climate change.

Hence, to deal with a problem within the farm and its community, it is very much needed to have a systems approach, where we understand the effect of an intervention on the complex web of value chains that interact with each other across farming systems. And in the end look at the impact on the social, economic, environmental, technological, and political aspects.

The second point is the need for youth to be brought back to the fold of agriculture. Many of the senior agronomists, even the renowned Dr. MS Swaminathan, who is considered to be one of the fathers of the Green Revolution, emphasized that the youth have a critical role to play in global agriculture.

The youth today have the capacity to create and build platforms for sustainable development in the agriculture sector, which they themselves and their families will be  living in the future. Exponential growth in global population has its corresponding increase in pressure on natural resources (e.g. land, water, food), while the global average age of farmers is 57 years. We cannot expect the farmers of today to still be the main food producers in the next 50 years. We need the youth! But we do not need them only in the farms, but also in the identified areas under the five-fold thrust of YPARD Philippines.

In the academe, many professors and academicians are retiring, but the inflow of young instructors and professors are not matching the rate of retirement. To easily identify the need for youth in research and development, as well as extension and communication, one could look at the participants of scientific conferences. One will rarely see a conference with a high percentage of young participants in the crowd, much less even speak in the plenaries.

The only conference so far that I have attended where the youth were given key roles (e.g. keynote speakers, discussants, panel speakers) was in GCARD3. But other than that most of the conferences are either for youth only, or for the experts. We need to bridge the gap and create avenues where two generations can work hand-in-hand for sustainable development.

Policy formulation and government is an important of any national agriculture system. It can create an environment that will either promote or hamper the growth of a country’s agriculture. If we want sustainable development, we need to groom young people also to become champions in policy formulation for agriculture who will create policies and enact laws with a systems perspective of the industry.

Agribusiness is picking up, where youth are pushing the limits in using groundbreaking technologies for agribusiness innovation. But we cannot and should never be contented. We need to promote agribusiness and its promising opportunities where youth can be creative, be entrepreneurs and even establish social agri-enterprises.

In conclusion,we need to understand the gaps and learn from the mistakes of the past today, so that we can progress with sustainable agricultural development. In that case, we need to strongly consider these two things - systems approach and youth in agriculture. Let these two serve as a pair of lenses through which we will look at how to achieve the zero hunger challenge and the sustainable development goals. The future is bright, and so we need these good pair of lenses to further YPARD’s cause. 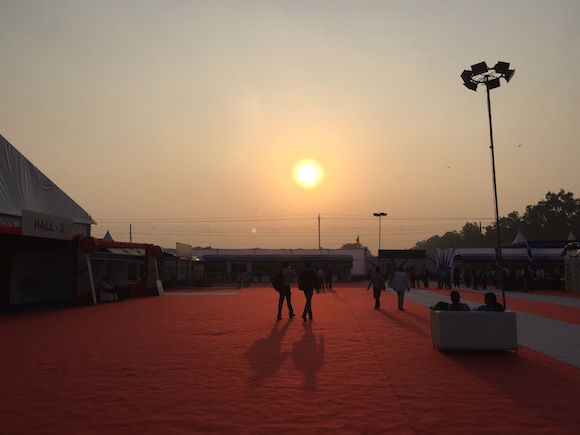