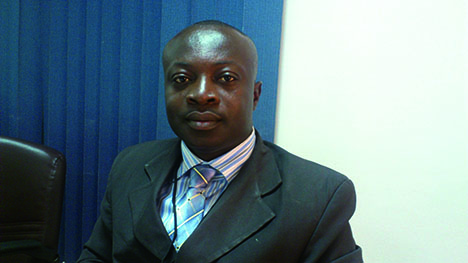 This article on Michael Osei, the YPARD Ghana representative was orginally published by CTA in Spore Magazine, No 164, June-July edition, which can be found here.

In Africa, young agricultural researchers in the public sector face many obstacles. Despite their passion, they are often tempted to leave institutional research centres to join private companies, or even work abroad. Yet, public-private partnerships could reduce this temptation

Following your awards, are you tempted to work for a private research centre or abroad?

Well, if the salary is good and motivation is high, why not? I would move to another country. Currently, the Government of Ghana is trying to implement a single salary structure, which is not working well, but which we hope will improve our working conditions if done successfully. However, this is not just about salary, but resources, facilities and research funds to develop good research.

Have these awards changed your working conditions in the CSIR-CRI?

The awards gave me encouragement and recognition, boosted my confidence and gave me the possibility of working with other scientists outside Ghana, including from YPARD.

Are networks such as YPARD important?

YPARD has given me the possibility of networking and opportunities such as funding for attending conferences, workshops and training. Above all, YPARD has deepened my interest in agricultural research, making available to me many untapped opportunities associated with agriculture. Further to this, I am currently spreading the good news about YPARD in Ghana; my approach is to give PowerPoint presentations in some selected public universities and research institutes in Ghana. By so doing I hope that many young students and scientists who are into agriculture will get access to some of these opportunities. The essence is to sustain more youth in agriculture, which is actually the backbone of every country.

What are the main challenges facing young African agricultural researchers?

In Ghana, a young scientist can work for the Ministry of Food and Agriculture, for government research institutes controlled by CSIR, at universities or in agricultural NGOs. But young agricultural researchers face limited funding for research and a lack of facilities and resources. The fact is that, usually, African governments dont make agricultural research attractive enough because, generally speaking, the salary is not good, there is no motivation to do research and the community does not recognise the research work that is being done.

The Ghanaian Government could make research attractive by spending a higher percentage of GDP on research and setting up research funds for our work. As it stands, the Government only provides salaries, and scientists have to look for funding elsewhere to do the research. In some institutions, people take their salary without producing any output because there is no funding for research. Measures should include giving grants to scientists, especially the younger ones. If this is not done, the brain drain cannot be stopped.

What attracted you to this field?

Are public-private partnerships a good way to develop research?

Public-private partnerships ensure the optimal use of public sector innovations by farmers. In the seed sector, typically, private companies often have the best and most reliable access to farmers. Improved seed developed by public research would remain an ivory tower ornament unless private companies perceive a commercial value and profit, and take it to the end user. Yet, in the research field, public-private partnerships cannot be overemphasised.

Personally, I have benefitted from public-private partnerships: during a workshop advertised on the YPARD website, I was approached by a private tomato factory manager to do some breeding work for them. The work, which they are funding, will benefit the public. Once a particular tomato variety is released, farmers will be in a position to cultivate it and sell the tomatoes to the factory.

I have also attracted funds from international organisations for research work. Im currently working on a 3-year KAFACI (Korea-Africa Food and Agriculture Cooperation Initiative) tomato project, which I applied for and won, and on a tomato and cabbage integrated pest management project, which is funded by USAID via several universities in the USA.

The quest for ground apple