If the young don't farm, who will feed the world Tomorrow? 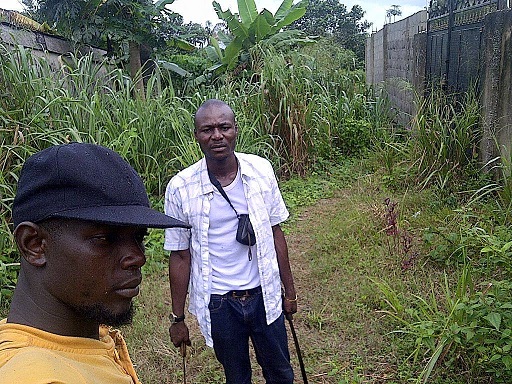 Generally, youths are described by their strength, the strength of anyone lies in their youth age. This is proven facts as youths are known for their freshness, vigor, spirit and appearance. The willingness of a young individual to engage in agribusiness has so much string to pull in terms of solving the same archaic existing agricultural issues. Many impediments in agriculture have contributed to the sluggish response of youth participation in global development through agribusiness. The idea isn’t to assemble teammates and carry out a proposed plan when the bone of contention has not been trashed out at least to some great extent. Now to further make agriculture interesting and fun for the young to bring and accelerate global growth and developments some of these problems have got to be made constraint; they may include:

THE ROLE YOUTH SHOULD PLAY IN AGRICULTURE DEVELPOMENTS MAY INCLUDE:

THE ROLE OF THE YOUTH IN GLOBAL DEVELOPMENT MAY INCLUDE:

THE ROLE OF GCARD3 IN YOUTH AGRICULTURAL DEVELOPMENTS;

Hereto, the organization has made a great Impact in changing the lives of some entrepreneur, making them asset to their respective families, community and global contributors. GCARD3 will play a role by;

If successful, I am looking at empowering a team or group of maintenance, strategic developers, managements and good marketing youth. These ones will be the entrepreneurs representing what I represented during the GCRAD3 global event. I envision on establishing a large modern and mechanized aquaculture farm with the potential market demands, with the knowledge and experience received from the global event training. It is necessary to maintain and conserve nature, to this; I shall set up an NGO basically committed to trees planting in each rural and urban area in my locality free of charge for the sake of nature and in addition to this purchase an irrigated land for seed planting of Legumes and Cash crops. Legumes for our local market consumption in my economy while the Cash crop will be for export purpose to boost the economy agribusiness as I ensure we implement all-season farming. Also, I envision to successfully handling World Bank annual funded projects investments on agriculture for rapid economic growth, development and in skill acquisition by introduction of practical skills and knowledge from its grassroots rural level via Agriculture education. One thing I would love to live my life for is to leave a legacy of networking for the younger ones, it will be so important to me to create jobs opportunities in the agriculture and other agribusiness prospect.

Jonathan Ibezim-Okoro is a young entrepreneur, with incorporated skills and passion to manage a farm firm. He is currently the director of Eden Garden Farm Limited, located at, 16/20 Baba Londoner Street, Off LASU-Isheri Express way, Ojo, Lagos state, Nigeria, W/A. He is also the co-founder of Ambition Nigeria, a youth political campaign forum in Nigeria. This email address is being protected from spambots. You need JavaScript enabled to view it.

He wills to undergo GCARD3 global event training to enhance and build knowledge for the global growth and represent Nigeria.

More posts from author
Sunday, 28 February 2016 If the young don't farm, who will feed the world Tomorrow?

Speaking for Youth-- I Would Love to Be the Voice

From Microscopic Views to Global Visions

More crop per drop: Data as fertilizer in Burkina Faso

Farming can be sexy