It's time to mainstream youth 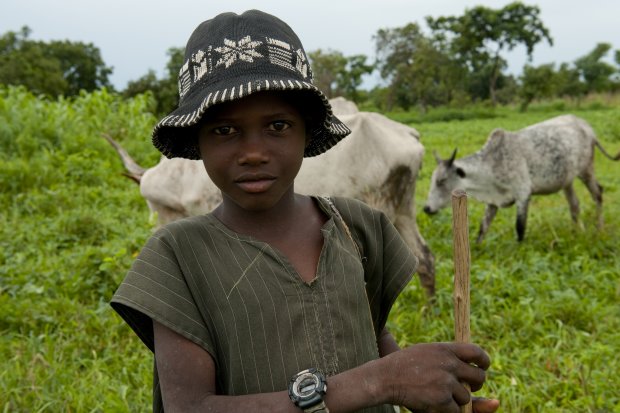 Mariola Acosta and Marta Panco, representing the youth perspective as part of YPARD, attended the “Closing the Gender Gap in Farming Under Climate Change” event on March 19th, 2015. This blog, originally published on the CGIAR Research Program on Climate Change, Agriculture and Food Security (CCAFS), summarizes some of the reflections on youth issues that arose during the event and during the interviews with some of the speakers.

Coinciding with Father's day in many countries, the Closing the gender gap in farming under climate change event was hosted on 19 March in Paris. This high-level event gathered many professionals working directly or indirectly with gender issues in agriculture.

The atmosphere in the room was exciting as participants slowly took their seats. While waiting for the keynote presentation to start, I couldn’t help but look around and count the number of men attending the event. To my delight, they nearly outnumbered the women attendees. With a smile, I also remembered my last Gender course at Wageningen University were we had more male students than female. Gender seems to have finally stopped being a “women’s only” field, I thought. I couldn’t have hoped for a better start to the day.

The messages coming out from the keynote presentation were clear: climate change adaptation practices are not gender neutral, women tend to participate less in political and decision-making processes, the use of gender stereotypes in policies and interventions can in turn continue to reinforce women’s and men’s traditional gender roles, intersectionality of gender with other social divides such as race and class is of key importance and gender studies should not treat women and men as two homogenous groups. 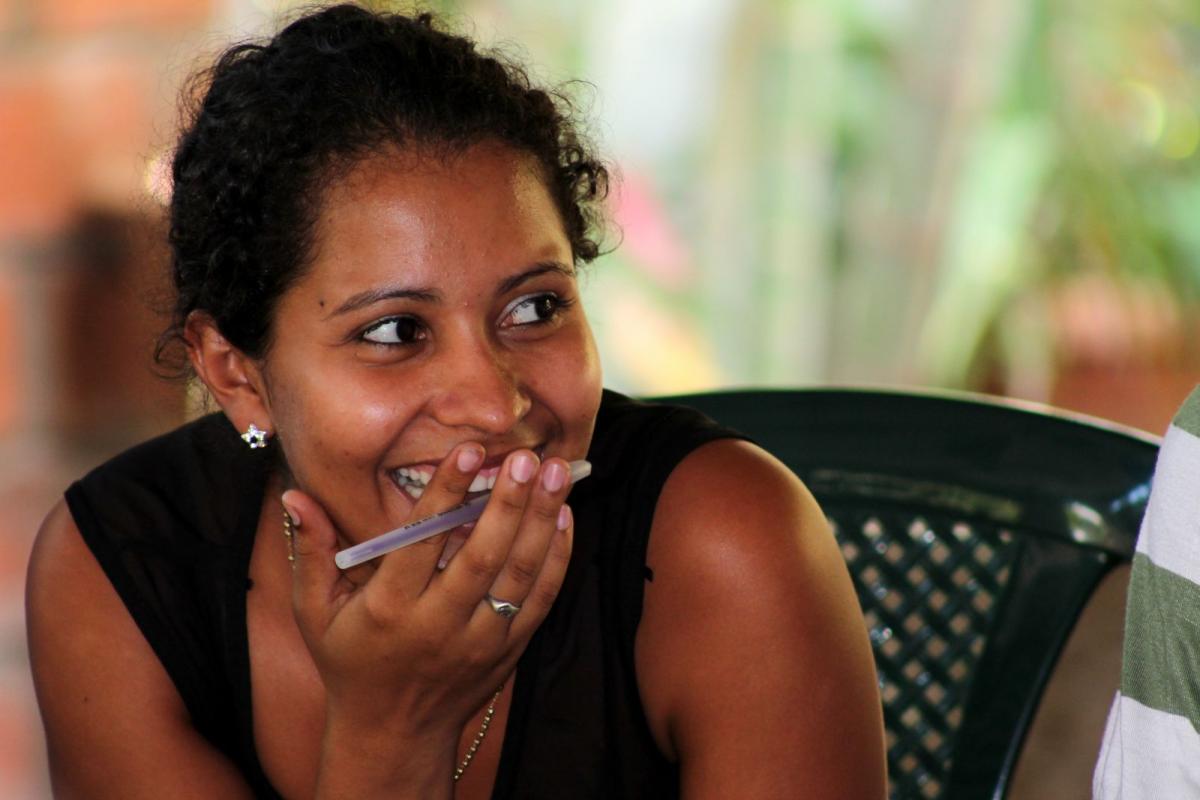 WE NEED TO UNDERSTAND THE LOCAL NEEDS, KNOWLEDGE AND HOPES FOR THE NEXT GENERATION OF FARMERS. PHOTO: GIAN BETANCOURT (CIAT)

This last issue continued to resonate in my head long after the keynote presentation had finished. Understanding gender as an array of different types of men and women, rather than a dichotomy of two groups, also directly implies taking into consideration the age factor. The needs, opportunities and rights that a young male farmer has will differ greatly from those of a young female farmer and from those of a more senior male farmer. However, unlike women’s rights and their important role in agriculture, youth issues have traditionally taken a back seat or have come as an afterthought in agricultural policies and programs.

Intrigued by this fact, we asked Marta Guadalupe Rivera Ferre, a Ramon y Cajal Research Fellow at the University of Vic, and Jacqueline Ashby, a CGIAR Senior Advisor on Gender and Research, to share their thoughts with us on youth issues in agriculture. For Marta Guadalupe, one key issue resides in the fact that youth have limited decision-making power within the household and their communities. In her opinion, society needs to put more effort into giving young farmers a stronger voice and in creating mechanisms that empower youth.

That a great number of young farmers are leaving agriculture due to a lack of opportunities, land and productivity also concerns Jacqueline Ashby. For her, the fact that more and more young people are finding it harder to find jobs in agriculture has a lot to do with our current understanding of agricultural development and the focus on reducing labor costs. Additionally, she makes reference to the fact that in rural farm households in Latin America, Africa and Asia, many parents' ambitions include providing their children with a “better life” away from the farm.

"In many places culture and norms prevent youth to take part in decision-making. Since youth are perceived to have less experience and knowledge, in many occasions they cannot freely take their own decisions. (...) It is also sometimes the case that young do not feel comfortable sharing their experiences and knowledge, and the same happens with women.

This is a reflection of our society. We need a change where we empower youth to share their experiences and knowledge, and that their thoughts are going to be valued and acknowledged. However, our society is not (yet) prepared for that. (...) We should all have the same rights to give our opinion and the young opinions should have the same validity as my opinion," said Marta Guadalupe Rivera Ferre 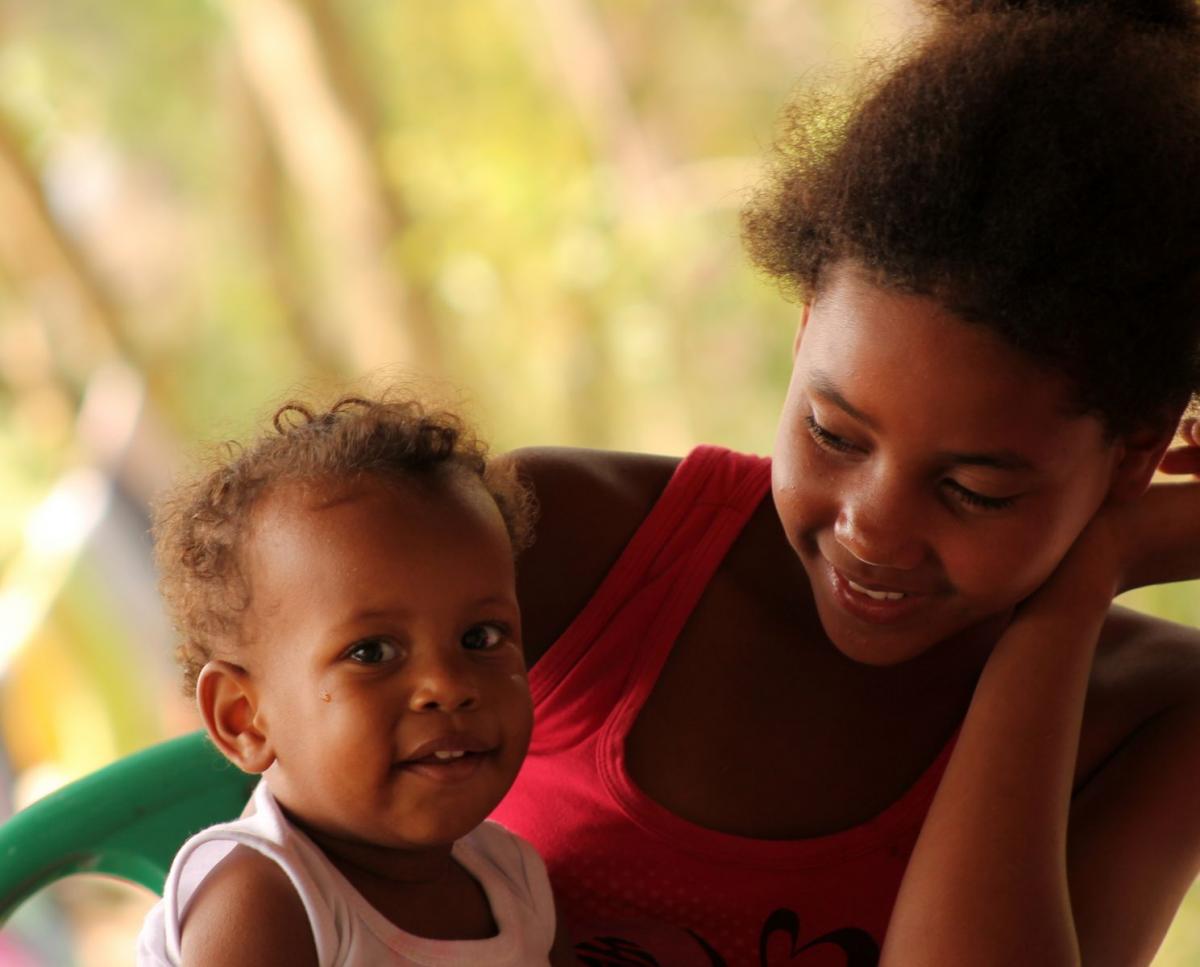 MANY PARENTS' AMBITION INCLUDE PROVIDING THEIR CHILDREN WITH A "BETTER LIFE" AWAY FROM THE FARM. PHOTO: GIAN BETANCOURT (CIAT)

Whether one could incorporate all these issues under the label of a “Youth gap”, by which youth have less decision-making power and fewer opportunities in agriculture than their older colleagues, is probably a matter for academic discussion. However, what seems to be clear is the urgent need to tackle and address youth issues in agriculture and climate change and to specifically include them in agriculture-related policies and programs.

Jacqueline Ashby strongly supports this idea and encourages youth to push the agenda on these issues. Undoubtedly, there are many lessons to be learned from past pro-women movements which, after many years of advocacy and negotiations, finally appear to be succeeding in bringing gender to the forefront of agricultural research, policy and practice. Jacqueline Ashby explained:

"Today it has been emphasized that when we look at gender we should see it as if we were looking through a kaleidoscope, with many kinds of men and women, including youth. However, the focus has been on women as a result of many years (decades!) of advocacy and lobbying, many years of making noise so that in the end the issue has been widely introduced in policy.

Gender is now a politicized issue. I truly think we need to also politicize the issue of youth. Start campaigns, advocacy, catch the attention on key issues such as youth unemployment. We should put youth in agriculture in a strong advocacy position. Get the ploughs, your advocates and push the agenda! I am really worried about this issue, and not only me but a lot of people of my generation."

A great success story of youth inclusion in action research for development is the 2014 Gender strategy of the CGIAR Research Program on Dryland Systems, which decided to mainstream youth issues throughout all of their activities.

The time when youth issues are mainstreamed and given serious consideration in any new agricultural policy or program is approaching, but there is still much work to be done. Just as gender issues now appear to be breaking out of their traditional domains and achieving broader recognition, let’s hope that so too can youth issues follow the same path.

Watch the video produced by CCFAS titled "Closing the gender gap for a food-secure future."

More posts from author
Friday, 19 February 2016 GCARD3: where youth will not be left behind
Wednesday, 15 April 2015 It's time to mainstream youth