Mentoring youth in agriculture right from the farm 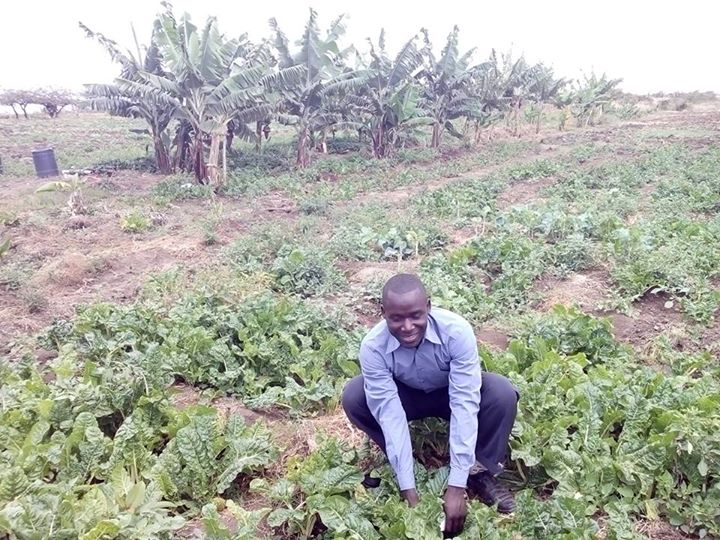 It's been two months since Noah M. M. Nasiali and Julius Makanga embarked in their YPARD mentor/mentee relationship. Learning from each other doesn't only imply long discussions - it means observing, testing and experiencing together.

Noah invited Julius to his business - Nasco Farm Fresh - for their first "one on one" meeting - a crucial milestone in YPARD mentoring program. This enabled Julius to have some first “feel” at Noah’s farm - farming being his long term goal.

During his visit, Julius got his first-hand training on greenhouse management, with specific interest in growing & managing tomatoes in the greenhouse. He learned about fumigation and crop rotation within the greenhouse as well, and about how to market fresh produce (french bean, bullet chillies, ravaya) for export. In addition, he collected invaluable tips on growing organic green vegetables, beetroots, as well as tissue culture bananas.

“Something that we wanted him to benefit from the most was land preparation,” Noah said, “such as basin/furrow making & watermelon farming and using hydroponic barley as an alternative to feeding improved kienyeji chicken.”

“We at Nasco Farm Fresh are happy to have hosted Julius for the four days that he has been with us and we are looking forward to helping him achieve his [farming goals],” Noah said.

Noah is grateful to the YPARD pilot mentoring program for the opportunity to mentor young people who are embracing agriculture.

Julius had this to say of the YPARD mentoring program:

"I want to appreciate YPARD  for fostering a change in my life by linking me to my Mentor Noah Nasiali. I managed to pay a visit to Noah's farm in various locations in Kitengela, Athi River and other places where we shared a lot of knowledge and experiences on his farm.

I was amazed by how he could employ managerial skills on his farms and the workers by networking and co-ordinating different activities on his various farms. For the first time, I have learnt how to spend one's day economically as every hour in Noah's life is an opportunity to invest and make money.
Its completely wonderful, to see such a skill of diversification of different horticultural crops in his farm at different stages  coupled with beef cattle and local improved chicken of which I acquired alot of knowledge and some ideas.

More posts from author
Wednesday, 07 November 2018 Want to run a mentoring program? This toolkit will show you how
Wednesday, 09 August 2017 Join YPARDs webinar on strategies to grow your agricultural businesses
Monday, 07 August 2017 Supporting youth to be the masters of their own destiny

The Impact of COVID-19 on SDG 2: New Narrative for Agriculture