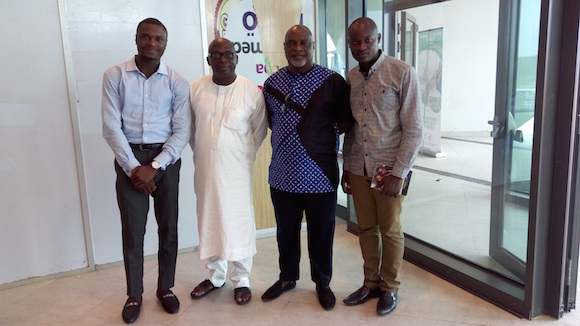 From November 9th to 11th, 2016, the City of Calabar in Nigeria played host to industry players in agriculture, health and nutrition from different countries that converged for the 2016 Nutritious Food Fair.

The three-day event organised by HarvestPlus Nigeria and partners brought together close to 5,000 stakeholders in International and National Research Institutions, involved in Agriculture, Health, Education, Science and Technology and Trade and Commerce, including Government Representatives, Development and Donor Agencies, Small, Medium and Large Scale Food Industries, Input Dealers, Seed Companies, Researchers, Farmers, Processors, Consumers, Entertainment and the Media, among others to discuss and scale up nutrition efforts in Nigeria and Africa at large.

Under the theme: Multisectoral Partnership to Promote More Nutritious Crops and Foods – ‘You are what you eat’, the Food Fair aimed to; largely achieve an increase in the demand and consumption of more nutritious foods; Promote and encourage investment in the nutritious food sector; strengthen partnerships between public and private sector stakeholders; show progress made in developing more nutritious foods by industrial sector and research institutions; strengthen government policy support and ultimately showcase opportunities for youth employment in the nutritious food sector while also recognizing young advocates in Agriculture for Nutrition and Health sectors.

The Food fair had a strategic commercial intention but its core aim was to create linkages to promote partnerships in the nutritious food sector and provide a platform for conversation on and around nutrition, not in terms of quantity, but quality. In the achievement of this, the event has some notable speakers and panelists including: representatives of the Governors of Cross River and Anambra States, Minister of Agriculture and Rural Development, Minister of Health, HarvestPlus Directors, Renowned researchers, Business executives, 2016 World Food Prize Winners, Members of the National Assembly and more than 20 other speakers from the private and development sectors.

Several sessions and presentations centered around nutrition were held and big food industries were requested to explore home-grown sources of nutritious staples as raw materials for their products thereby promoting and creating a better livelihood for farmers and processors along the value chains. Other outlook of the event was to create a platform for up-takers and out-grower relationships to flourish. As part of the complementary of the food fair, about forty exhibitors were around to provide services and information to participants and also, twenty schools were invited for the Grande-finale of the national nutrition quiz competition.

It is no doubt that such events holds much promise for young people venturing into agribusinesses particularly in developing countries like Nigeria. Food security initiatives should involve more young people to drive sustainability efforts because young entrepreneurs in agriculture represent the sure hope for a food secure world and vibrant economy. Hence, the food fair is a testimony on the power of youths to convert challenges into viable opportunities for career success in agriculture. Some of the common youth group at the event are some YPARD members, young farmers, executives of agro-enterprises, IITA Youth Agripreneurs and Green Wealth Ambassadors.

The effort put in place by HarvestPlus on breeding and disseminating micronutrient-rich staple food crops to reduce hidden hunger among malnourished populations will be achieved if all stakeholders and players along the value chain are carried along and particularly, giving reference to young people to help actualize the food secure goal.

Food security: The role of youth