Passing on the YPARD mantle

I am incredibly proud and satisfied by what we have achieved at YPARD in the last seven and a half years. When I first began in 2010 youth was rarely mentioned and we were lucky if we managed to secure an ill-attended side event. Youth organizations were limited in scope and rarely seen. But now youth is central to the agenda. I like to think that we played a small part in achieving that.

We have an incredible group of people who have worked on developing a thriving network. Some of my fondest memories of my time in YPARD are when Ive been interacting with the community. These include the launch of the mentoring program in Kenya, GCARD2 and 3, YAW, the amazing 10-year celebrations from around the world, the first and the second strategic planning meeting. The latter is where I received my farewell and a truly touching book of messages from some members of the YPARD community. 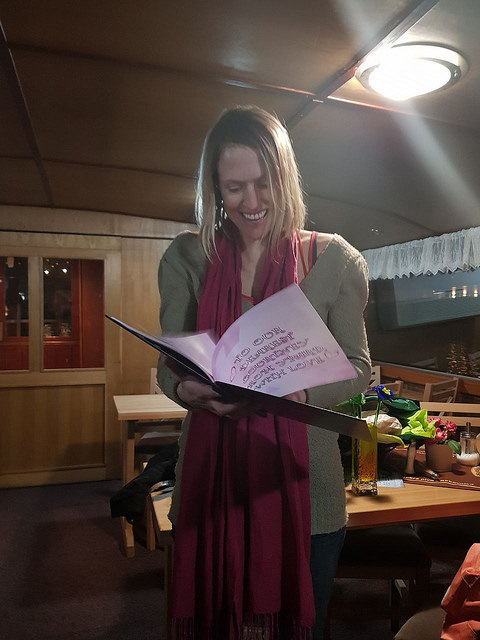 I have learned many things in my time with YPARD and I am grateful to the vibrant community from which I am continually learning. I do not yet know where Im headed but I will bring with me the lessons that Ive learned, some of which include:

The success we achieved has been the result of an amazing and committed group of people. There are so many people I would like to recognize. From the founders of YPARD: Bala, Oliver, Alessandra, Markus, Mariana, Kristina). In the early days to our hosting and support by GFAR when I began in 2010, I joined a fledgling organization, full of good intentions with a keen desire to make a difference. When Marina Cherbonnier joined me in February 2011 the two of us set a large goal and worked passionately and relentlessly together for the next six years. We grew and grew. With more members, funds, visibility, and recognition also came the challenges of organization and structure, effective governance, system development and responsibility.

While things did not always go according to plan and we had some setbacks on the way, the committed group of amazing individuals working together have pushed it forward. The achievements and impact compared to the resources received by the network are truly impressive.

We are working with some amazing regional coordinators who are bringing the best out of the regional activities. We have had so many impressive national representatives who have done some amazing work. I dont want to list names here in fear of missing some out, but you continue to do the most valuable and most relevant work and whenever I am feeling swamped in politics and bureaucracy I always think about the contributions that you have made. We have had different steering committee members over the years who have provided valuable guidance and support.

The current team (Emmie, Michelle, and Myriam), are all strong and committed champions of better youth in agricultural engagement. I have every confidence that YPARD will continue to grow and play an ever more important role supporting young people with strong roles in shaping future food systems. Thank you for your support and the valuable lessons you have taught me and all the best in the next phase and way forward.

See you soon...on the other side!