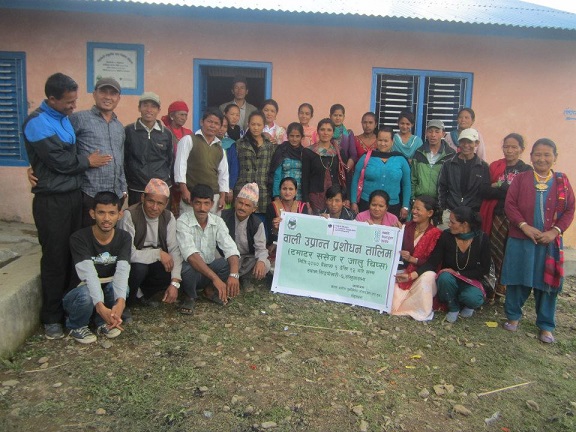 Ten years ago this organization was born and it has spread to fast all over the globe which is called youth professionals for agricultural development (ypard). I had known it in the year 2012 and became member since then I knew many youths being engaged in the agriculture and agriculture development and the role of the youths. According to National Youth Policy of Nepal youths are defined as the age group of people who are aged between 18 to 40.

A similar relation could be found in ypard too. For a valid ypard member the age group of the personal should be less than 40. It has been represented as 43% of the world population is being represented by the youths under 40 which is nearly the half of the total population. So every sector should rely on the youth so is agriculture. Youth can adapt the skills so fast in comparison to other aged people like the transforming the small scale successful agri-biotech experiment from lab to the field the youths are always the special ones to thank. Some of the achievement I had got like best student presenter in the year 2014 June. The name of presentation was information communication technology for agriculture in the 7th National Conference on Food Science and Technology.

I was also nominated as the director for the first food technology and nutrition expo in the year 2013 where the different Nepalese Indigenous Foods (NIF) and its hurdles for the international marketing were discussed under the presence of Secretary of the Ministry of Education. The social media had a great role for the success of that programme for the target audience reach around the city.

Similarly I was selected as the member of the US Embassy Youth Council for the year 2013 through US Embassy I had received a seed grant and used in the empowering youths on mycotoxins development and its health hazardous effect after going through lots of research paper. In addition to that I had conducted a programme on nutraceuticals to the youths through US Embassy seed grant. Over 20 youths were benefitted via through the programme.

Beside these I had written two blogs in the ypard website highlighting the analysis of the goat meat as well as the coffee entrepreneur. From the blog of goat meat, I had met Dan Laney former president of the American Dairy Goat Association. He is about to start the project on goat farming in Pokhara. And I realized that the power of blogging.

I had also worked as resource person for the Rural Reconstruction Nepal for achieving better nutritional security and reducing the post-harvest loss in potato and tomato. The training was given to farmers of Sankhuasabha and Dolakha District. Similarly the issues of food safety was disseminated through an activism called food activism in the year 2012 and 2013 like rally, poster presentation, talks and seminars. This activism in the year 2013 was highly appreciated by Department of Food Technology and Quality Control/Ministry of Agricultural Development regarding information sharing on the issues of the food safety. Furthermore I was awarded peer educator of the month in the year 2013 Feb by international peer education network called Y-PEER.

Every youth can’t catch the one of the dissemination of agriculture research and development so there are different strategies to make them understand like fishbone diagram, problem solving tree, human knot etc which are quite interactive and makes them understand easily. And if I happen to be part of the this event then I will make a national event as I did before in the year 2013 on some context to agriculture or post-harvest agriculture as I had always keen interest in transforming research into pilot projects and finally to large scale projects as I did in the Sankhuasabha district of Nepal which is also one of the theme of GCARD3.