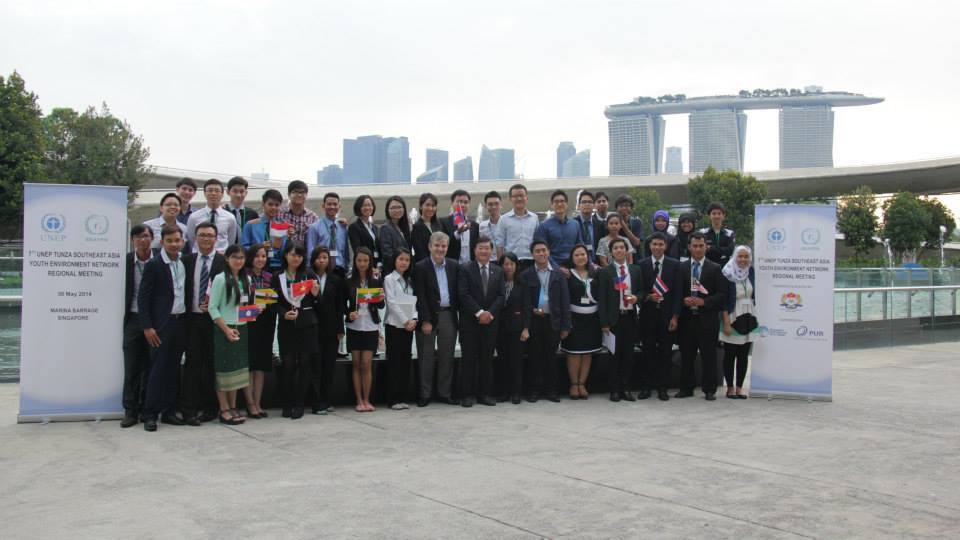 The UNEP TUNZA SEAYEN meeting is an annual prominent gathering organized by Southeast Asia countries in which young leaders and sophisticated environmentalists are encouraged to discuss environmental problems.

The 7th meeting was held in Singapore on the 30th of May, 2014 and was organised by the United Nations Environment Programme (UNEP), TUNZA –which means “to treat with care or affection” in Kiswahili, a sub-regional language of Eastern Africa- and the Singapore International Water Week 2014. Among the organizers there was as well the National Youth Achievement Award Council (NYAAC), which fully sponsored the event in collaboration with UNEP TUNZA SEAYEN board. The event was attended by more than 40 young people from Indonesia, Malaysia, Cambodia, Laos, Singapore, Myanmar, Vietnam, Thailand and the Philippines.

During the meeting, the Indonesian Green Action Forum (IGAF), as one of the platforms invited by the Organizing Committee, was represented by 4 of its members -Mega Fitria, Angga Dwi Indrianto, Pebrian and Achmad Solikhin-. IGAF delegates were active speakers during the discussions as well as during the round of questions regarding environmental problems, concerning Indonesia particularly.

The different delegates were so involved during the debates that all of them agreed on drafting an environmental project to be executed. There were four projects’ theme lines which were: climate change, youth empowerment, infrastructure and water. IGAF members involved took part in climate change issues to which IGAF proposed a project entitled “agro-reforestation.” This system focuses on rehabilitating and restoring forests trough agricultural crops before being planted with tree species.

Scientifically, we did believe and went along with some evidences revealing that agriculture and forestry highly contribute to produce greenhouse gases (GHGs). Therefore, as foresters as well as agriculture students, and after cooperating with the Youth and United Nations Global Alliance (YUNGA) -an international platform that works in agriculture, forestry, biodiversity and marine- we also decided to prioritize and ensure the indispensability of both areas.

In the end, the agro-reforestation project was valued as worth to be conducted and all the participants agreed on carrying it out.