The Power of Networking Among Youths 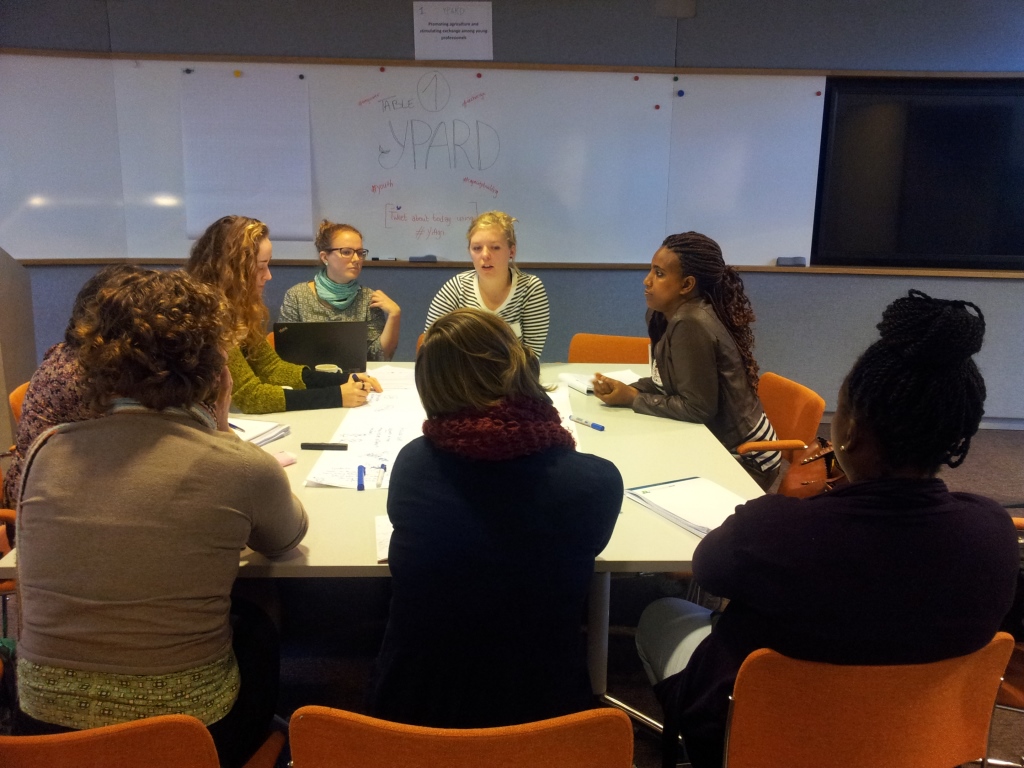 What drives young people to join networks? How does membership of a network strengthen one’s position in society?

As a member of several networks such as YPARD, Prolinnova (Promoting local innovation) and Youth Food movement, these are some of the questions I ask myself at times.

Generally, when people talk about networks, they talk about creating a sense of belonging, building a common identity that inspires alternative action, or pursing shared interests with people who seem to think and feel the same way.

For me personally, all three are good reasons to join a network, or actually, a set of different networks. It allows me to get in touch with people passionate about similar topics and to get together to organise events such as the seminar on ‘The future of our food: how to engage young women and men in the agricultural sector?’ This was, in fact, convened by a group of individuals from the Royal Tropical Institute (KIT), Young Professionals for Agricultural Development (YPARD), Centre for Development Innovation (CDI) and AgriProFocus (both YPARD and Agriprofocus are themselves networks). Each of us had crossed each other’s paths on different occasions and knew at least three of the five individuals involved in organising the seminar.

Attracting around 70 participants from all over the world (15 countries) and key organisations working on youth in agriculture, the seminar raised many opportunities and challenges faced by youth in both “developed” and “developing” countries. Its main aim was to create a networking opportunity for those passionate about the topic of youth in agriculture to get inspired and exchange ideas. As we had strong links to the YPARD network, we could fly in José Carlos Martinez Hernandez from Reforestamos Mexico on very short notice to give a keynote speech at the seminar.

Jose mentioned that the young people with whom Reforestamos works do not want to live their parents’ life, nor do they want to live like the people in the city. They try to find a balance between the unsustainable production methods of their parents and the challenges of modernity. Moreover, he noted: “Decision-makers often find it hard to look at the full story, and that the reality is ‘in the field’ with the people who live there”. José Carlos concluded his speech with listing the most important points to bring the topic of youth in agriculture further: “Make connections, take risks and become an inspiration to youth!” So again, that brings us back to the power of networking. See link to Jose presentation.

Also, during the seminar, two World Café sessions on network dynamics were held: one by YPARD and one by Agriprofocus. The discussions in these sessions answered my second question: How does membership of a network strengthen one’s position in society? 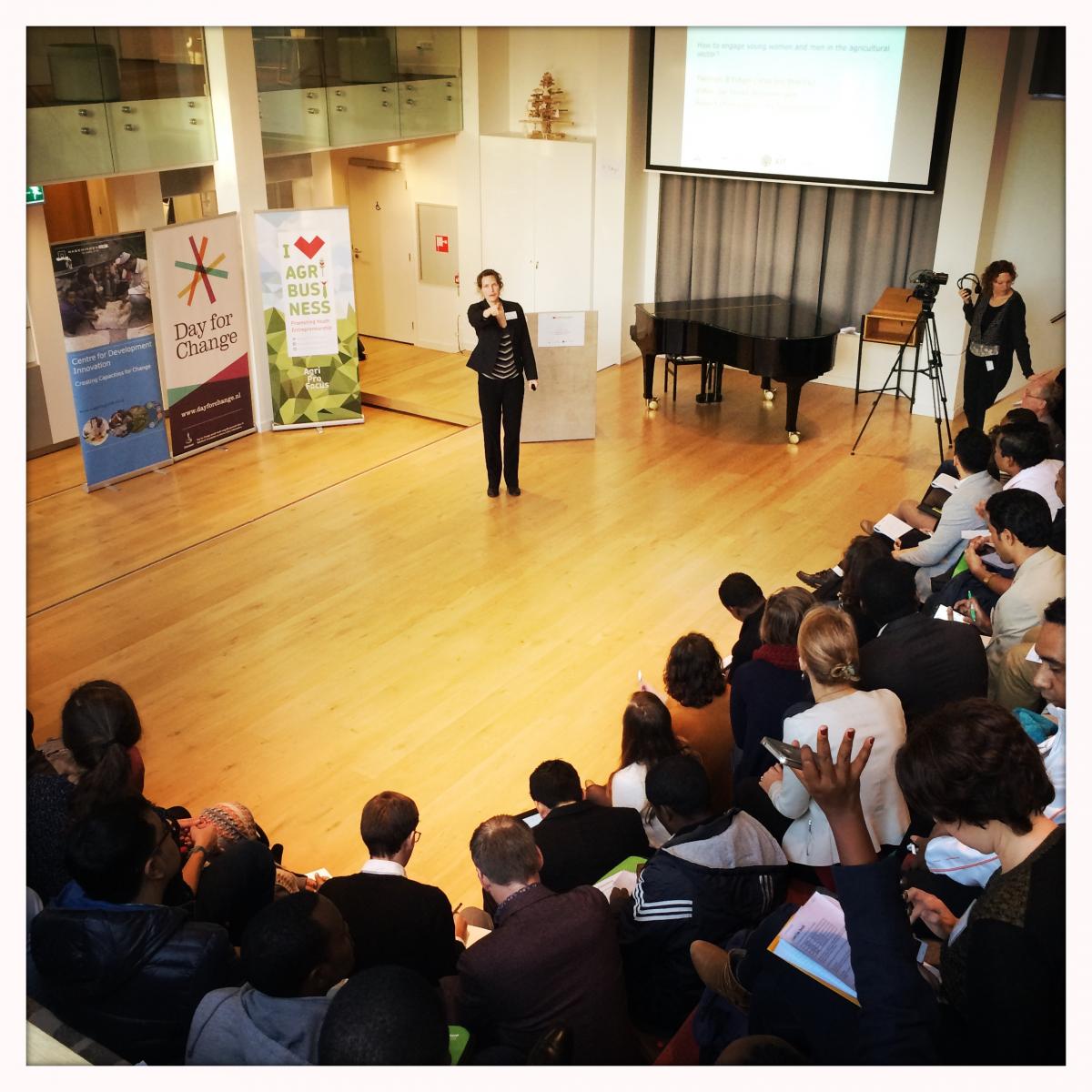 I remember Machteld, the YPARD Netherlands coordinator, explaining enthusiastically the colour that YPARD brings to her life: “YPARD gives you a chance to connect to a young person through agriculture on the other side of the world. In fact, there is much similarity in the way youth develops themselves around the world.” Agriprofocus facilitated the World Café session on Applying international network approaches and came up with some other answers: “the Agriprofocus network has the opportunity to reach youth especially through the means of the online platform (www.agriprofocus.com) as young people are more technology literate” and “Networks can showcase inspirational examples of young agripreneurs”.

What it boils down to is that this seminar has built up a new network for me (the fourth!) to connect to like-minded individuals. Upon reflecting on the seminar, the organisers (including myself) felt that: we made something happen that none of us could have done alone. Rather than repeating efforts, it was far more beneficial to jointly work together towards a similar goal.

What I do find to be a challenge however, is to go beyond this sense of belonging and rather, achieve practical outputs through a network. In the seminar’s case: how to follow up with each other after coming together for a first time? In the end, the “user” of a network, is the one that makes a network more dynamic rather than static. And it depends on the “user” to be pleased with and achieve practical outputs through being part of a network – i.e. the development of personal or professional skills. In the Prolinnova network, we have managed to raise widespread awareness about the creativity and innovativeness of small-scale farmers and their important role in agricultural research and development (ARD). Many people in ARD have started to see farmers differently. Something similar seems to be happening with YPARD: shining the spotlight on an important stakeholder group, is the first step toward changing perceptions and relations in agricultural innovation systems. And being part of a network of people pursuing this aim and encouraging each other gives me the confidence (and new ideas!) to try to bring about change in agricultural and rural development.

More posts from author
Monday, 30 October 2017 YPARD Netherlands: youth in agriculture meet&greet
Saturday, 07 May 2016 The Power of Networking Among Youths