To Agri or Not to Agri  That is the Question 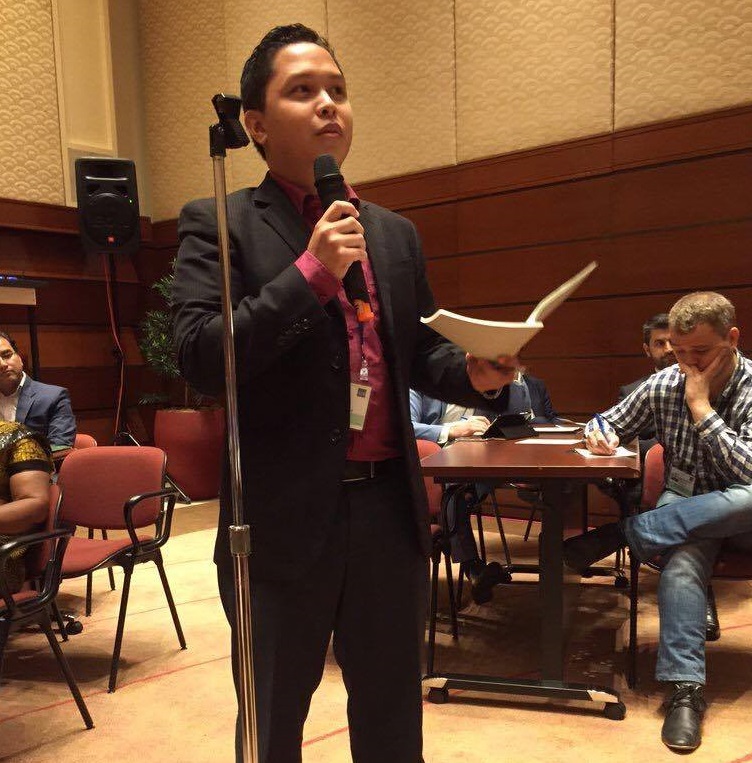 “To be or not to be – that is the question”, wrote Shakespeare in Hamlet. But let me ask a more relevant question, “To Agri or not to Agri – that IS the question”.

Countless scientists say that global population will reach 9 billion by 2050. If that is so, then the most practical question would be, “How do we feed that number of people, when the Earth isn’t expanding in land area? More so, the land is receding due to increasing sea water levels due to climate change.”

I went to an international high school that was Cambridge accredited and gave importance to Business Studies, where my classmates and schoolmates were kids of business tycoons, politicians, etc. Out of our batch, including the two or three prior batches, I was the only one to pursue undergraduate studies in our country’s premiere state university – University of the Philippines (UP); despite the fact that some of my friends passed UP’s difficult College Admissions Tests. More than that, I did not pursue anything related to business, but a Bachelor of Science in Agriculture. And so I moved to a more rural area…with which I have no regrets whatsoever.

Many of my friends back then did not see the value in my choice of undergraduate studies. Some of them would joke when I met them in the urban areas, asking how my “carabao” (native buffalo) was. The beauty and irony of it all is that most of them ask me for advice nowadays in their efforts to make use of their land…for farming.

With current trends in increase of global population, higher incomes in developing countries, shift of market preference towards organically produced food, more protein-based diets in newly industrialized economies, agriculture is making a comeback in the world’s priorities; if not among nation states, among individual consumers.

Interestingly, what has helped agriculture make this comeback is Social Media. The world is now connected more than ever through the internet, and especially social media. And who are the driving force behind social media? Mostly young people!

For example, in the Philippines, a picture of a good-looking carrot farmer from the Mountain Province recently went viral on Facebook. I believe that beyond the physical characteristics of the young farmer, carrot farming was indirectly promoted, correct? Or at least it breaks the hidden stereotype that farmers can’t be that good-looking. New farming technologies are now easily disseminated through social networking sites. Short video demonstrations on how to farm are shared, and people now jump into what is commonly known as do-it-yourself (DIY) methods.

People around the world who have common interests, say organic agriculture, can easily create an online group and discuss experiences, share opportunities for training, establish business connections, and even organize on-the-ground events. The small efforts of individuals for agriculture multiplied exponentially through social media has helped promote the need to strengthen agriculture. Such channels should be maximized and strengthened if we are to attain the newly developed Sustainable Development Goals.

Role of youth in agricultural development

Farmers are aging, and their children are wanting to leave the farm for ‘better’ jobs in the highly urbanized areas. But there’s hope. While youth from the rural areas are going to the urban centers, there are young people from the urban areas who wish to go back to farm living, and even create businesses from the farm.

More and more innovative agribusiness models are being developed, and these should be promoted to create a stronger campaign to attract young people to agriculture. If we are to address global challenges in the future, I believe we need to ‘de-populate’ urban centers, and strengthen rural communities through innovative agriculture, and get the youth actively involved.

In April 2016, the Third Global Conference on Agricultural Research for Development (GCARD3) will take place in South Africa. GCARD3’s theme is “No One Left Behind: Agri-food Innovation and Research for a Sustainable World”. It has five themes:

I am a firm believer of ‘integration’ and looking at a systems approach. The five themes are not mutually exclusive from each other; rather, they are components of one big system, where all have to be given equal importance.

For young people, what attracts them is the unique selling point (USP) of agriculture that allows them to increase revenue streams through innovative agribusiness models. Hence, my interest strongly leans towards the strengthening of the 4th theme that works together with themes 1 and 3, which will result to themes 2 and 5.

If given the chance to speak on behalf of the young agri-preneurs, I will actively participate and be engaged in discussions on theme 4. This is part of my advocacy to get young people back to the farms, because really there is money in agriculture!

Now you see the bigger picture. What’s your answer to this: Do you Agri or dis-Agri?

Developing an Integration and Coordination Mechanism for CGIAR Research in Ghana

#AgricMatters: Talking About Agriculture in the Digital World

A network that grows proves the need for its existence

A Sad Rhyme Of A Farmer & How We Rebuild Their Hope.

Access to productive resources key for Youth Engagement in Agriculture