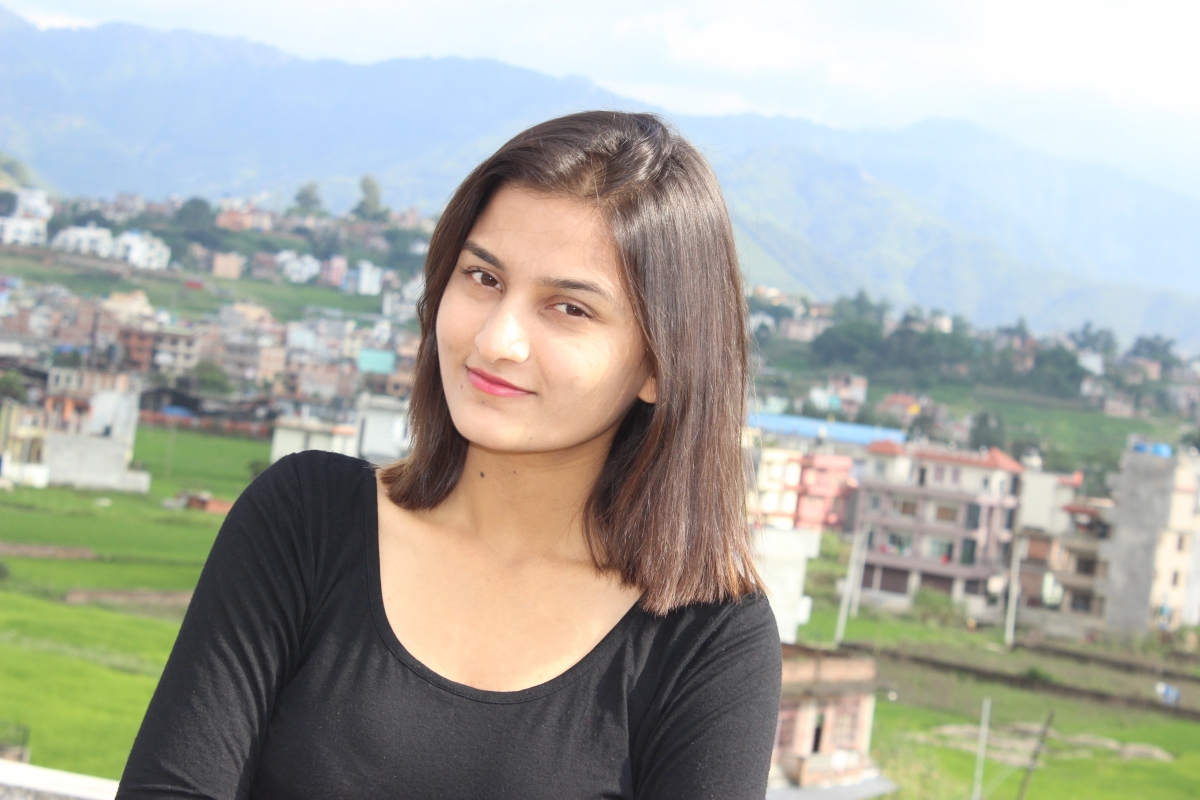 Nikita Bhusal born and raised in the land of divinity, Nepal.

She is currently working as a Capacity Building and Database Management Intern in Enhanced Skills for Sustainable and Rewarding Employment (ENSSURE), HELVETAS Nepal. The project is the collaboration between Swiss Agency for Development and Collaboration (SDC) and Government of Nepal (GoN) which focuses on the issue of unemployment, underemployment and unfair pay facing the Nepali labour market.

She encountered YPARD when she was selected as one of the participants in #NYFAED15. Since then, her YPARD journey was unstoppable. After the program, she participated and represented YPARD Nepal in various national as well as international programs like YPARD Regional Strategic Meeting Beijing,  Social Media Reporter in High Level Policy Dialogue (HLDP) on Investment in Agricultural Research for Sustainable Development in the Asia-Pacific Region, Grant Writing Workshop, Edumala online mentorship program and 4th International Agronomy Congress. She also led and co-organized some of the programs like National Food Fair 2016, Storytelling Competition for Young Agripreneurs and the very first YPARD Student Research Symposium.

During her engagements with YPARD Nepal Activities, Nikita had the opportunity to get in touch with INGENAES which made the relation of YPARD Nepal and INGENAES more intimate. INGENAES, a USAID funded project got impressed with YPARDs objectives, activities and youth diligence due to which INGENAES opened up for YPARD Nepals participation in most of its events. Nikita also got an invitation to attend the INGENAES Regional Symposium in Dhaka as YPARD Nepal delegate along with Mr. Abhishek Khadka. They both presented on Promoting Food and Nutritional Values among Nepalese Young Minds during Shift and Share presentation session.

Since the very beginning, Nikita has been showing her passion towards food and agriculture. She is also one of the Global Ambassadors for Thoughts For Food (TFF) which is very determined towards feeding the future generation. Explaining about her interest in food, she says, that as regular households in Nepal she was taught to respect food as a god since her childhood. And yes, she is an all-time foodie too.

Initiated as General Member in YPARD in January 2015, she took a lead as a National Communications Focal Point for YPARD Nepal in August 2016. She has proved herself as one of the active members of YPARD Nepal team. She says and trusts that with YPARD she can attain her interest to work for food, agriculture and youth. As YPARD build a confidence and capacity in her she believes that every youth can do so or even more.

If you are from or based in Nepal, and want to get involved in YPARD Nepal activities, please contact Nikita at This email address is being protected from spambots. You need JavaScript enabled to view it.

Is the Road of an Entrepreneur Ever a Straight One?

Bees and the busy rural youth

The youths potential for socio-economic transformation