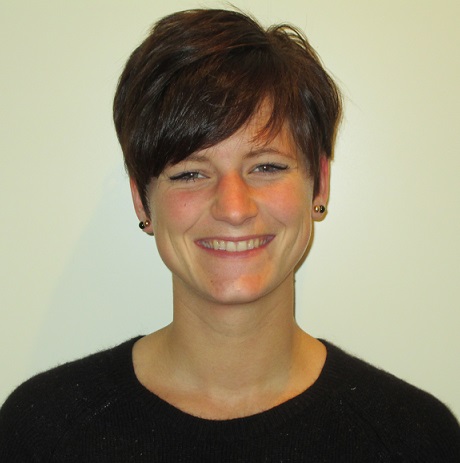 We are delighted to welcome our very first YPARD Country representative for Denmark: Majbrit Terkelsen.

Majbrit has a bachelor degree in Agrobiology from the Aarhus University. Her main focus is on livestock and production animals’ role in agriculture. Along her studies, Majbrit became more and more interested in agriculture in a global context and started to attend courses with global perspectives on agriculture. Her bachelor project, which was about the potential of reducing methane emissions through optimising beef cattle production in Tanzania, had both a global and climate perspectives on livestock production.

After finishing her bachelor, Majbrit went to Australia for one year to work on a farm in order to connect all the theory she had learned at University with practise. She worked on a dairy cattle farm with 900 milking cows and eight employees, where she mostly did calf rearing and milking the cows. “It was hard work 7 days a week, with days off once in a while but I enjoyed the work very much. It was a great experience to learn how the farmers really do in practise, which can be far away from theory sometimes and how complex their profession really is.”

As she grew up and lived until she started at University on a dairy farm with her mum, dad and three siblings Majbrit already did have some understanding of the farmers’ work before she went to Australia. After one year in the Oceanian country, she went back to the Aarhus University to get her master degree in Agrobiology, which she is currently half way through.

Majbrit will start her master thesis in December this year and plans to finish it by December 2015. Her thesis will in overall focus on sustainability in agricultural development in low-income countries. She will do her fieldwork in Tanzania for three months where her university is connected to a local organisation in Arusha from where she will carry out her work. It will focus on family farming and the beneficially of creating farmer groups in small villages. The project will also be about how improved knowledge and support influence the families’ ability to produce milk and meat on their goats.

“I saw many opportunities when I was asked if I wanted to start up YPARD in Denmark and become my country’s representative. I found that during my studies it has been hard to find a platform for sharing the interest in ADR so I was very interested in trying to build this up in Denmark through YPARD as it can be both national as well as international applied. It is very important that Danish young professionals also share and build up knowledge across universities and professions in order to develop Danish agriculture as well as international agriculture.

As very few people in Denmark are involved in YPARD, my main task will be to spread the word and get people interested and engaged in this great concept. I will also focus on getting people from different universities, agricultural schools and professions engaged to YPARD as I believe that the more diverse the competent knowledge comes from the better it is for the discussions and further development. Therefore, I look forward to working with YPARD and get to know more and more interesting people along the way!”

We can’t wait to hear more from the Youth-in-Agriculture in Denmark and we trust that YPARD Denmark will be successful in mobilizing the youth through Majbrit’s leadership.

If you are from or based in Denmark, and want to get involved in YPARD Denmark activities, please contact Majbrit at This email address is being protected from spambots. You need JavaScript enabled to view it..

Innovation, the key to attract Young Professionals to Agribusiness