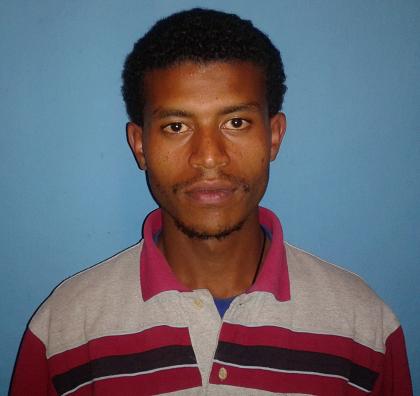 Aderajew Woldu is a graduate in Rural Development (B.Sc) from Bahir Dar University, Ethiopia, since 2008. He was employed that same year at Haramaya University as a graduate assistant in the department of Rural Development & Agricultural Extension (RDAE) and carried on as an assistant lecturer, till the end of 2010. While teaching, he was actively participating in coordinating & supervising community field projects, village stay campaigns, RDAE Resource Centre Chairperson and other departmental tasks.

He is now a Masters student in Agricultural Information & Communication Management (AICM) at Haramaya University. He is very enthusiastic about ICT applications in agriculture and active in social reporting and social media. He has been helping the youth via his blog: ADO-Keld Ena Kumneger - where he posts opportunities for Ethiopian & African youth. His areas of research interest include ICT in aquaculture, mobile apps in agri., early warning info. system, agri-decision support system, contract farming, ICT in climate change.

He is actively engaged in volunteer activities and he is an ambassador of Student Competition Association (online platform). He is also a Google Student Ambassador of Haramaya University and he has been hosting couples of training events for students and faculty members on Google products for education.

He was using the information on ypard.net regularly before getting involved as an active YPARD member.  His participation at the Agri-Hub Ethiopia Annual Networking Day on behalf of YPARD marked the first step of his promising commitment within YPARD community on a national level. He actively engaged in making partnerships with local GOs and NGO in Ethiopia. Currently he is trying hard to take YPARD into a joint project with Agri-Hub Ethiopia and other non-profit organizations working on the rural youth, YPs and agriculture.  He planned to build YPARD clubs in seven universities in partnership with Ethiopian universities having agricultural colleges.

The absence of youth participation in policy development, review and debates would result losing the sense of ownership and active contribution- while we /the youth/ are meant to be man of tomorrow. Ado asserts, Moreover, the declining interest of youth in agriculture is making global issues (i.e the ever increasing population, climate change and food shortage) more and more challenging; its urgently calling for global collective actions.

Youth is the power for a nation to succeed with its own strategy. He added, for a fruitful  youths  contribution it demands a platform where they can share with others what they are up to. A platform that empowers youth and lets their voice be heard, thats what YPARD is for real. Coordinating youth action on a country level, as YPARD Ethiopia representative, will lead to build the future and fulfil a country strategy as well. Ethiopian youth have a lot to share with other YPs around the world and YPARD is a one stop choice. I have decided to contribute my best on making this happen in the near future.

Ado has the dream to bring coordination into the Ethiopian youth initiatives, YPs, farmers associations and entrepreneurs for a collective action on agricultural productivity and the betterment of Ethiopian rural life.

Welcome Ado; there is no doubt that your bright initiatives and smart sense of partnership will lead YPARD Ethiopia to greatly contribute to empowering young professionals in ARD, in Ethiopia!

Things will only change if people in the room change' Final daily digest from GCARD2.