What do you eat when you cook beef in Belgium? 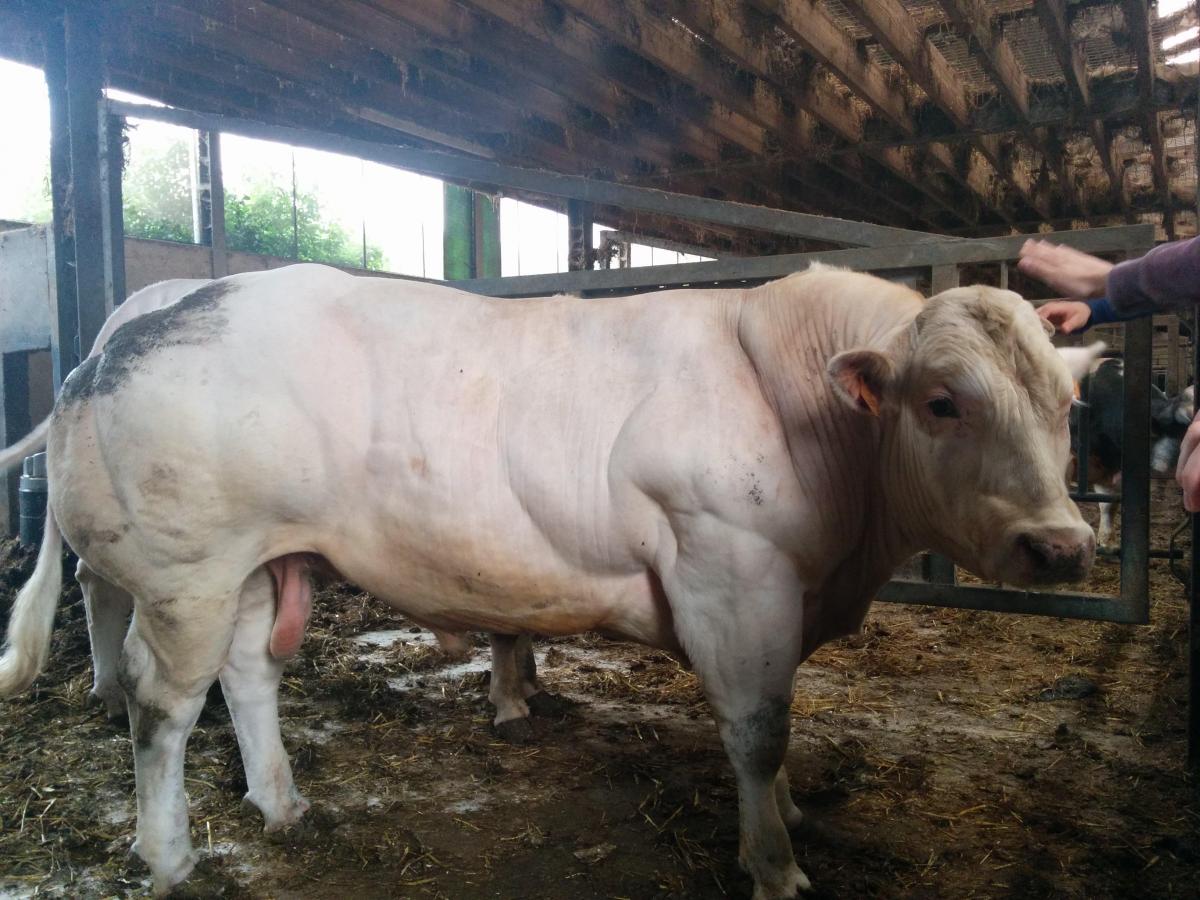 Behold the impressive muscles of the blue cattle. The chances that you get a blue cattle bull when you order or buy beef in Belgium is extremely high. Bulls - yes, they use bulls and not very often cows - are double muscled: due to a missing gene that normally blocks muscle growth. It's a natural mutation and there has been no genetic modification.

Belgian blue cattle are the most efficient cows for beef meat production, this is the reason why these cows are very popular in the country. Though they're not easy to keep, they need responsible veterinary care which is not possible in every situation or environment.

Likewise, these cows are so muscled that they cannot deliver the calf naturally. Nowadays they even have to stop selecting the most muscled cows for further breeding - to prevent that they become so muscled they cannot breath anymore due to extreme muscle growth.

Bulls do not get castrated in Belgium - a more common habit in the Netherlands. Still, the Dutch animal welfare organisation created an animal welfare label for meat production to give the Belgium beef the lowest score, due to the unnatural birth. This label is used on all Dutch meat products.

I have to admit I was very sceptical about this breed before visiting a blue cattle farm in Belgium during the 2015 IAAS World Congress, that I attended as YPARD representative together with Marieke Creemers. An animal that cannot reproduce itself anymore naturally doesn't seem to be an ethical way for meat production, right? So how can unnatural cows have healthy and stress-free lives?

However, a visit to a blue cattle farm in Belgium partly nuanced my view. One of the farms we visited contained 120 animals which seemed to live under quite good conditions and did not show behaviour that showed clear signals of stress. Also, most of the feed was grown at the farm itself and the meat was sold to local dealers and ended up in Belgium supermarkets - short cycles prevent a lot of transport movements.

These mixed farm methods are definitely worth further exploring in the northern European countries again - as this is a farming method which is still decreasing in those regions and thereby causing large transportations of feeds all over the world.

Besides, the manure was used on their own land to grow the feed and there was no overflow of nutrients to get rid of. This is a widespread problem in the northern European countries where there are often too many animals and too little land to spread the manure on.

Now I’m interested in knowing your opinion. Do you think we face a trade-off between efficiency of meat production and animal well-being?

More posts from author
Saturday, 22 August 2015 To Go Organic or Not. A Young professional Dilemma!
Wednesday, 29 July 2015 What do you eat when you cook beef in Belgium?