Why to Celebrate International Year of Soil? 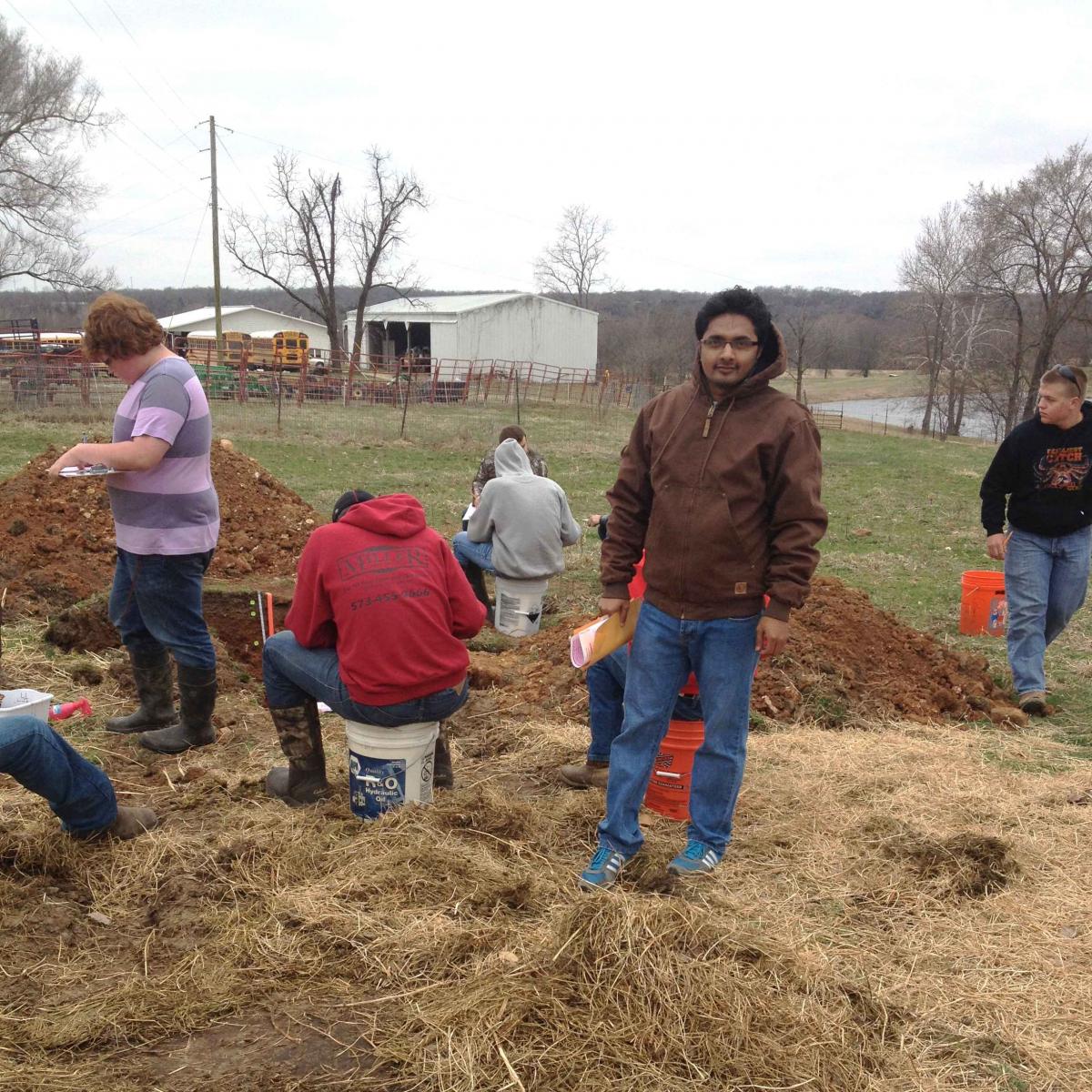 I ask kids where their food comes from, and they say the supermarket. We have lost that feel which connects directly to the soil. Other than farming and gardening circles, soil gets very little love. We walk on it, but we don’t really want to see it in the house or on our shoes, however, soil is the foundation for food, animal feed, fuel and natural fiber production, the supply of clean water, nutrient cycling and a range of ecosystem functions. That’s why FAO has declared 2015 International Year of Soil to increase awareness and understanding of the importance of healthy soil for food security and essential ecosystem functions.

According to the SOFI (2014), among 7.1 billon global population, there are more than 805 million people who are facing hunger and malnutrition. To fulfill this gap, there is need to increase of food production by 60 percent. 70 percent of the world’s poor living in rural areas depend on agriculture for their livelihoods, this means they depend on soil.

However, soils are disappearing fast, and most of the people don’t know or understand these unique and plentiful benefits of soils. The 33 percent area of fertile soils covering the world's surface are in danger, threatened by urbanization, deforestation, poor agricultural practices, pollution and overgrazing, leaving them bare, degraded and unproductive. Estimates are that the world is losing 24 billion tons of fertile soil each year. That is the equivalent of 3.4 tons lost every year for every person on the planet. It can take up to 1,000 years to form 1 centimeter of soil.

Study of soil science in Nepal started in 1951, and activities started in 1957 with formation of Soil Science Division. Agriculture Perspective Plan (1995) put emphasis on boosting up the agriculture production through use of chemical fertilizers and irrigation in high production potential areas. However, declining soil fertility has been considered one of the major problems in agriculture as because of deforestation and other land use changes which include non-agricultural uses of fertile land, land fragmentation and cultivation in marginalized areas, cultivation on the slopes, overgrazing, burning of crop residues, imbalanced use of agrochemicals, and declining use of organic manure.

At present farmers use 2.5-3 tons per hectares of organic manure for fertility management. The national average use of chemical fertilizer is about 30 kg/ha which is not possible to meet the nutrient demand of crops. Thus, there is a large gap between nutrient uptake from soil by crop plants and nutrient supply into the soil resulting into a decline in soil fertility year after year. Every year, we are losing 22 tons per hectares of soil, if we kept losing same pace, Nepal will become a mountain desert very soon. Since the poor are particularly dependent on agriculture, on annual crops, and on common property lands, the poor tend to suffer more than the non-poor from soil degradation.

The low technical knowledge of farmers regarding these problems and resource-constraints to adopt rational management practices aggravated the problems of land degradation and soil fertility deterioration in Nepal. There are soil testing labs in all five development regions, but due to lack of resources, it’s not under proper functions. Recently, India has gifted a soil testing mobile van which already started to work on Nepalese farmers’ soil test for nutrient analysis and fertilizer recommendations at their doorsteps. The good thing is that the mobile laboratory is part of the government’s plan to implement the system of soil health cards.

On the auspicious occasion of International Year of Soil, Nepal Agricultural Research Council is organizing “Second National Soil Fertility Research Workshop” in March 24-25 which is to is to provide a common platform for sharing knowledge and expertise on all aspect of soil science related research vis- a-vis to discuss and compile all the soil related research information and data; and to recommend and disseminate generated soil science technologies to concerned stakeholders and farmers.

The current rate of soil degradation threatens the capacity to meet the needs of future generations. Once land is degraded to such an extent, it can take decades to regenerate. As long as soils are at risk, sustainable agriculture, food security and the provision of ecosystem services are compromised. We have seen greater recognition of the fact that family farmers are vitally important to global food systems and sustainable poverty reduction at local level. Maintenance and enhancement of soil fertility is vital for global food security and environmental sustainability.

How you celebrate the International Year of Soil is ultimately up to you, we have a full year devoted to soils. Rather than viewing smallholders as a burden to the environment and economic development, support is being offered for conservation farming projects, helping farmers to protect the environment while producing enough food and adapt to the effects of climate change. Farmers, as the guardians of the land, play a crucial role in conserving soil. The techniques and tools they use have a great impact on the health of soil ecosystems and food security.

Want to run a mentoring program? This toolkit will show you how