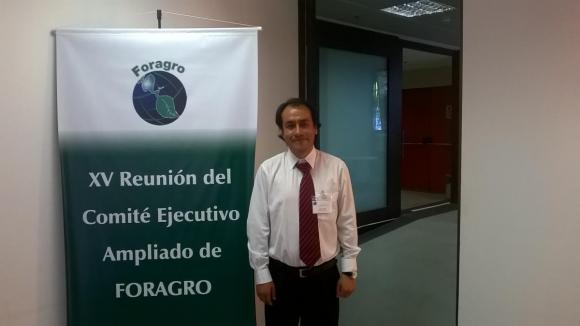 The Forum for the Americas on Agricultural Research and Technology Development (FORAGRO) is a regional forum that provides space for discussions on issues facing agriculture in the LAC countries. They do this through the representation by various players in the public, private, academic, NGOs, international research in the region, small farmers' organizations and, more recently, young researchers, and women farmers.

For a very long time, young people have been excluded from these forums but the tide is now changing. YPARD Peru is one of the FORAGRO board member with voice and vote of the Executive Committee representing the role of youth in ARD in LA&C.

However, things are changing and YPARD Peru hopes to position itself for the benefit of other young people. During the recently held FORAGRO Biannual Meeting of the Executive Committee, it was noted that the FORAGRO is in the process of repositioning and after some months of a diagnostic made by an expert, discussions kicked off on the next steps forward as far as implementation is concerned. A working group is currently providing guidance in the process of implementing the new FORAGRO. Also, during this meeting it was elected the new President of FORAGRO, Francisco Anglesio, president of National Agricultural Technology Institute of Argentina.

YPARD will follow closely to provide active participation of young people and their use of FORAGRO to promote agricultural research for development, specially focusing in Latin America and Caribbean Countries.

Call for applicants - YPARD country representatives for the European region

On COVID-19 and food security: A Brazilian youths perspective