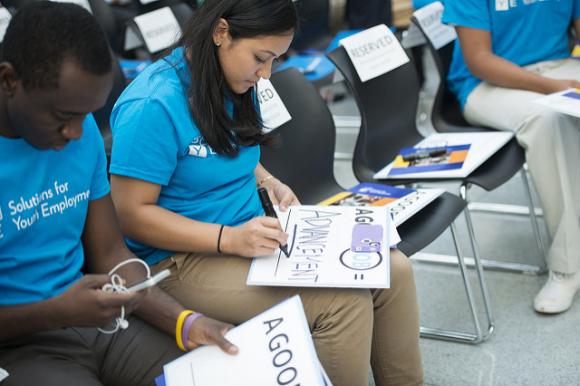 YPARD Kenya has been a very significant and irresistible voice in Kenya's policy environment in the last twelve months.

Laudably, among all other reasons why YPARD Kenya is a resounding name in the Kenyan region is that the movement played a very vital role in developing Kenya’s Youth in Agribusiness Strategy which feeds into the overarching Government of Kenya’s National Agriculture Policy.

After waiting through a nine-month period through the scenes of deliberations, consultations and drafting of the document, I announce to you with much pleasure that the final Kenya Youth in Agribusiness Strategy has now been presented to Cabinet Secretary in Ministry of Agriculture Livestock and Fisheries (MoALF), Kenya. The government of Kenya is yet to officially publish this great document.

It is worth noting that YPARD Kenya was the only youth organization involved in the entire process of drafting this document and the chapter's contributions have been recognized under the acknowledgement section of the document. Among the main development partners who supported the process include;  Food and Agriculture Organization of the United Nations (FAO), the United States Agency for International Development (USAID)’s Africa Lead Programme, World Vision and Deutsche Gesellschaft für Internationale Zusammenarbeit GmbH (GIZ). Many other development partners and non-governmental organizations are getting on board to support the next steps of implementation of this strategy.

The strategy document will be launched at the 1st Kenya Youth in Agribusiness Conference by His Excellency Hon. Uhuru Muigai Kenyatta, the president of the Republic of Kenya. This event is scheduled for May 2017. The conference will convene 950 Kenyan Youth in Agriculture, many of whom are members of YPARD Kenya. The main convener of the conference will be the National Government of Kenya through the Cabinet Secretary in the ministry together with the Council of Governors to represent the 47 counties of Kenya. This is in line with the newly formed joint Agriculture Sector Coordination Mechanism between national government and county governments.

YPARD Kenya will be fully involved in the Kenya Youth in Agribusiness Conference and will play a direct role in the actual implementation of the strategy.

One of the aspects of the strategy which excites YPARD most is the key area of mentorship. YPARD Kenya is sure to make the best out of this as mentorship in agribusiness is one of the main commitments of the movement.