At the beginning of July 2020, the Southeast Asian Regional Center for Graduate Study and Research in Agriculture (SEARCA) and YPARD entered a partnership represented by each organizations directors, Dr. Glenn Gregorio and Dr. Yemi Adeyeye, respectively.

The partnership aims to capitalize on the network and expertise of each organization to work together on creating opportunities for youth to be engaged in agriculture, rural development, and across food systems.

It was through this introduction by SEARCA that YPARD members were able to link up with GFRAS and eventually created a GFRAS Youth Working Group, as well as the identification of the now YPARD Solomon Islands Country Representative. Even then without a formal partnership, we have seen a glimpse of the benefits and the exponential potential impact when organizations, such as SEARCA and YPARD, work together.

The YPARD-SEARCA partnership comes in the most opportune time when SEARCA has launched its 11th Five-Year Plan, where there is an emphasis on youth engagement under the Y4AGRI Program. In the spirit of being youth-led in its efforts, even the partnership preparation itself was led by youth counterparts from both organizations: Jim Cano, the YPARD Philippines Country Representative and YPARD Asia Pacific Capacity Building and Policy Officer; as well as Sonny Pasiona, the SEARCA Youth Focal Person. It must be acknowledged also that the negotiations for this partnership would not have happened without the enthusiasm of SEARCAs Partnerships Technical Officer  Dr. Romeo Labios. 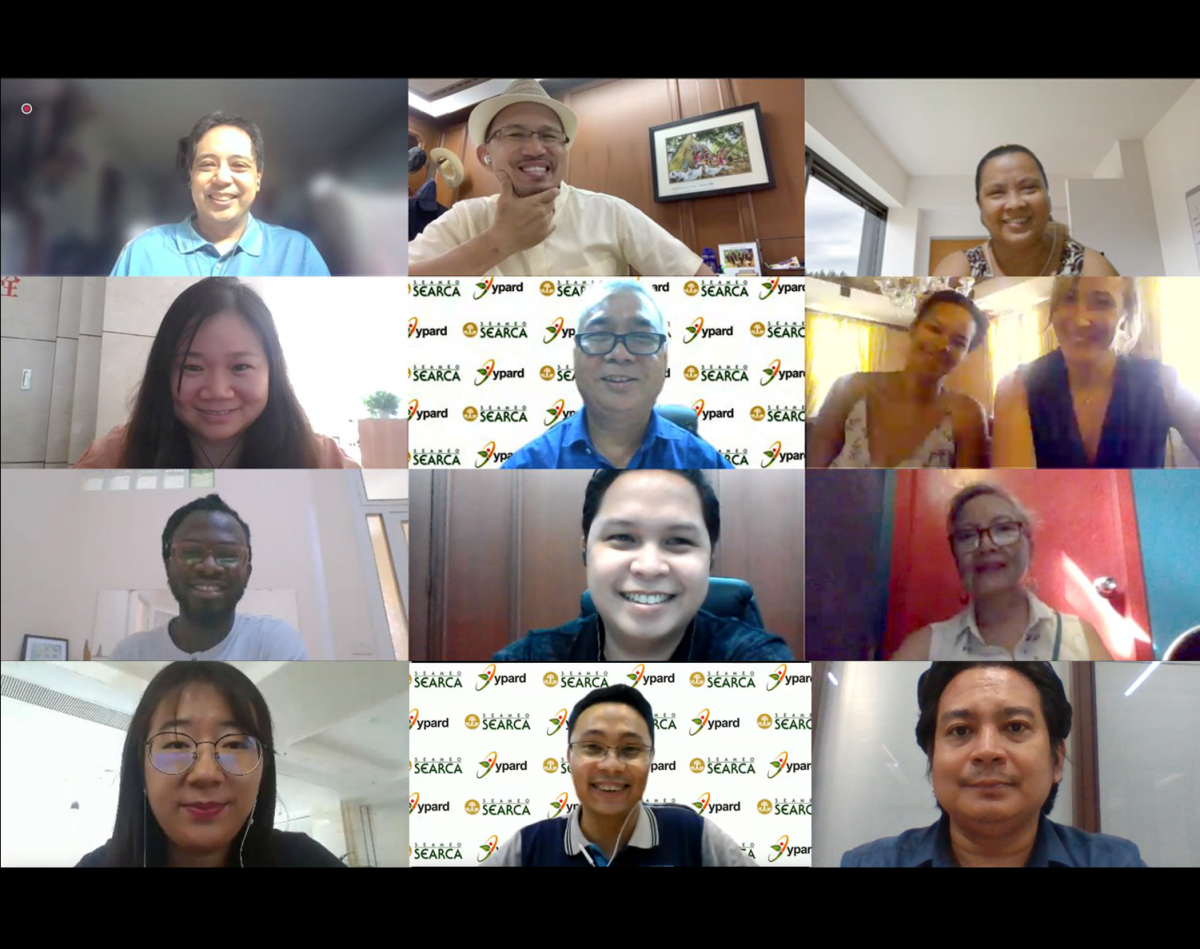 On 22 July 2020, the SEARCA Director, Officers and Program Heads met virtually with the YPARD Global Team with Yemi and the YPARD Regional Coordinators (Libuska Valesova  Europe; Bi Jieying  Asia and the Pacific, Kofi Acquaye  Africa) along with Stacy Hammond (YPARD Europe Communications), Jiaxin Dong (YPARD Asia Pacific Communications) and Jim Cano. During the virtual meeting, potential activities and programs were identified including the discussions around the networks and resources that could be leveraged from both organizations to achieve the common goal of engaging youth in agri-food systems.

Some of the programs and activities identified revolve around the following areas: mentoring programs, knowledge co-creation and dissemination, youth representation and participation, youth campaigns and awards, and broader program partnerships. To kickstart this partnership, YPARD will be speaking in the SEARCA Online Learning and Virtual Engagement (SOLVE) Webinar series in August to celebrate the World Youth Day. So, stay tuned for the announcement of this webinar episode!

This is just the beginning of a great partnership ahead where we will hopefully see young people engaged and equipped to be the leaders in shaping sustainable food systems.