Drought-like situations in the Tharparker Region of Pakistan affected 1.5 million people living in over 22,000 square kilometres. The reported number of deaths in 2014 was 470. Unfortunately, the number of the children who died in the villages and private clinics couldn't be reported.

There is enough food in the world to feed our growing population. The challenge comes from making sure that everyone has access to the food they need to live happy and healthy lives.

Recently, CIMMYT and APAARI jointly organized the 12th Asian Maize Conference in Bangkok – a meeting of stakeholders from all over the world who came together to set new goals and targets for doubling crop productivity and improving nutrition.

Additionally, B.M. Prasanna from CIMMYT supported the Zero Hunger Challenge by putting nutrition and sustainable food systems at the forefront of the international development agenda.

What WE can do to Support a Sustainable Agriculture

Although much of the responsibility for the Zero Hunger Challenge falls under the responsibility of governments, we all should advocate for fair food policies to promote a sustainable agriculture, as well as back this initiative by buying only the food that we need in order to reduce food waste.

We should support local economies and eco-friendly agriculture by buying food from local farmers, as well as make sure children and households’ pregnant women get the nutritious food they need.

Modern technology can drastically improve farming methods in developing countries. However, the highly industrialized and large-scale farming of the developed countries is not a model of sustainability, requiring large amounts of water, energy, pesticides and artificial fertilizers.

A higher yield per acre is not the start but the result of a combination of several mechanisms. Better organization of food production, better education of farmers, better roads, making sure that farmers have access to credit. Put the better infrastructure and institutions in place and the result will be that farmers produce more.

Take the smart phone, for example, as a wonderful way to bring people and food together. Thanika Pathomwichaiwat, a young girl from the Village Area of Thailand, is bringing consumers and farmers together by using mobile technology. By reaching their customers in this way, they have a big incentive to improve their production. 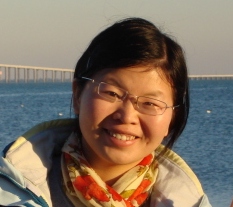 In developing countries new nature-smart technologies, better organization and the latest organic insights can easily improve agricultural production. Even now it is already feeding half the world population. Therefore, it is easier to bring the yield from 1 to 3 tonnes per hectare in developing countries than from 12 to 14 tonnes in the developed ones.

The main advantage is that the extra food will be available where it is most needed. Organically managed soil has more biodiversity, which you need for a higher production. The science of soil biology is going forward at a high pace. This is the reason why we must find clever combinations of crops in space and time to bring better yields, instead of using fertilizers and pesticides.

The problem is that in the developed countries, most investments and scientific research still go into the industrialized, large-scale farming; while in the developing countries small-scale farmers have no access to modern technology and the latest scientific knowledge. Likewise, they lack the good infrastructure to optimize their food production.

Pakistan wastes several tonnes of wheat every year through poor storage and distribution. In the meantime, in developed countries an elite of consumers is getting more interested in organically produced food, mainly because the industrial farming methods are heavily subsidized, organic products are more expensive.

Moreover, there is a yield gap between traditional and organic production. If more research money went into agro-ecological production, that gap would disappear altogether.

Consumers can also play a major role in changing the agricultural production methods. Market by itself cannot cause a major shift towards ecological farming, as governments make the present production methods viable.

In developing countries intensifying agriculture in a sustainable way is even more reliant on the government. If you can stimulate industrial agricultural production by subsidizing it, as has been the case in most of the Western countries, why not do the same with organic production?

Can you even begin to imagine what the impact would be if governments gave ecological farming the same financial and academic support as traditional farming? In the long run it may be the only way to feed the growing population of Pakistan and if implemented worldwide, it may contribute to “A world free from Hunger.”