Rebranding and repositioning agriculture for the future 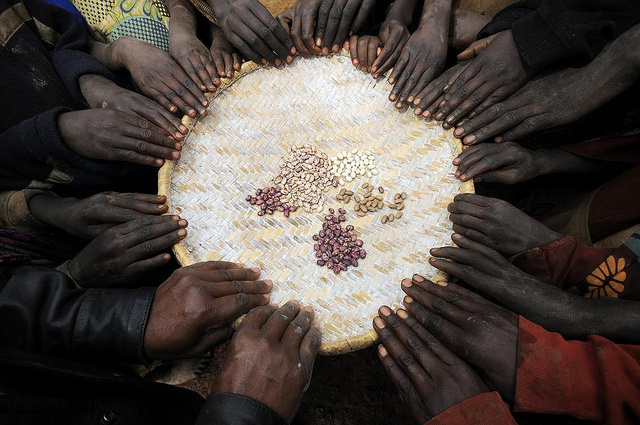 I am motivated to share my story with you all because as they say, “Experience is the best teacher”. Some of my friends, family and community members did not understand the motive behind my pursuit of agriculture as a profession. They did not expect that decision from me. Instead they wanted me to pursue the social sciences or a law degree simply because some of them wrongly assumed that agriculture is a career meant for those people who failed in school.

It was as if agriculture was for the old, poor, and uneducated people.  This might be true-but just like in any other profession there are challenges to be faced.  So as an individual surrounded by this challenging perception I purposed to shed a light on the other unexplored parts of agriculture in what I would do once involved in agriculture.

I am strongly convinced that agriculture can be a lifelong career choice able to provide for humanity’s needs and wants. It can provide the desired living standards and  also serve as an attractive destination for young people who are adventurous.  It is up to us to create a good image of agriculture, make it smarter and a more interesting profession.

A snapshot of global agriculture

I would argue that no matter which direction one looks at, agriculture has traditionally been a career with poor ratings because of the myths, misbeliefs, and negative descriptions about it.  I think the profession did not have a good image because it is strenuous and arduous.  People had negative perceptions because of the work associated with the agricultural sector. We can reposition agriculture and show its many benefits as a source to improve livelihood, business, employment and the economy.

It is estimated that the world population will rise to 9 billion by 2050. Statistics from the International Labour Organization (ILO) on World Employment and Social Outlook for Youth 2016 states that Africa has the youngest population in the world. Over 200 million people are between the ages 15 and 24. This number is expected to double by 2045. ILO further adds that globally the unemployment rate of youth in 2015 was 13.3% and it has risen to 13.7% by 2017, which represents 7,9 million youth who will be unemployed in 2017.

The International Monetary Fund (IMF) predicts that Africa will be the second fastest growing region in the world between 2016 and 2020 with an annual growth of 4.3%, up from 3.5% in 2015. The rise in population will increase demand for food, increase youth unemployment rate, and agriculture can be a potential solution to these challenges.  We can do more as individuals, organizations and institutions to represent the agricultural sector well so that it becomes a more attractive option for youth, profitable as well as a wealth-creating sector like any other profession.

According to Cropview agriculture is the art and science of growing crops, raising animals for food, other human needs and economic gain. The National Geographic Society elaborates agriculture includes the preparation of plant and animal products for people to use and their distribution to markets. The society goes on to explain that agriculture provides most of the world’s food, fabrics, cotton, wool, and leather. It also provides wood for construction and paper products.

Agriculture can be a career of choice. Some youth, however, invariably think of agriculture as farming, gardening, backbreaking work, putting on tattered clothes and spending the whole day hoeing in the farm for a little or low return. This is not so as showcased in Agribusiness TV.  Agriculture can be fun… Lots of fun too!

However, the agricultural sector has much to offer. It does not specialize on farming only. As a science, agriculture can lead to many diverse careers depending on what educational track students and youth want to pursue. Within the agricultural sector are a lot of jobs: agricultural consultants, farm managers, fish farmers, plant breeders/geneticists, rural practice surveyors, agronomists, soil scientists, agricultural economists and journalists.  I can say it is ‘cool’ and can offer the lifestyles and status that young people desire and expect to have. In careers, there are only differences in areas of specializations which can be broad. For instance medicine, engineering, mining, etc. are sciences which specialize in different fields like agriculture.

Ways to stimulate youth involvement and participation in agriculture

Agriculture as a profession needs an image correction as soon as possible. We witness the average age of the farmer in Africa being over 60, meaning that a new generation of young people is needed to succeed this generation. This way of doing things will not be easy as we would also need to change our mindsets. We need to encourage the young generation to venture into farming and agribusiness. We need to stimulate interest in agriculture among the young people. We need to be able to prove that indeed agriculture is a career of choice.

In schools, pupils and students must be taught agriculture in practical ways so that they learn and know the importance of agriculture. One day the EARTH University Community Work Experience Coordinator told us an interesting story about a young child. He said that there was a child who asked where people get lettuce for making salads and the child responded that lettuce is from the supermarket. This story shows that to the child lettuce could only be grown in a supermarket. The child had not seen other value chain processes which would have probably enlightened him or her of what goes on behind the retail end.  By teaching students in practical ways, agriculture should be given its due place alongside other science courses such as physics, chemistry and biology.

Access to technology should be continuously improved in the agricultural sector.  The painful fact is that some young people do not want to engage in agriculture the way our forefathers practiced it and the same way our fathers may be doing it. It is a sector not without its fair share of challenges.  The increase in the level of mechanization and introduction of labour-saving technologies is a key to changing young people’s negative perceptions of the agricultural sector and for enhancing its business potential. However, we must recognize that without appropriate technologies, it is often difficult to engage in the sector on a commercial basis.

Moreover, access to finance and land are critical factors in developing self-employment opportunities for youth in agriculture. If funds are channeled to promote young farmers; help young people to attain courses, diplomas or degrees in agriculture; and to acquire land, definitely youth will get involved and participate in agriculture. In addition, social media and television programs must be used more to promote and give agriculture a good image as well as making it more attractive to youth just as music and the movie industry is shown. Agriculture often appears in images  that are less attractive.

It is my belief that agriculture can rise above and beyond the negative perceptions held by some people. People and youth especially should change, appreciate the opportunities availed through agriculture including agripreneurship. Let us encourage the youth to explore the opportunity and wealth-making journey of agriculture. Let us rebrand agriculture as an occupation and as a career, too.

More posts from author
Thursday, 01 June 2017 Rebranding and repositioning agriculture for the future