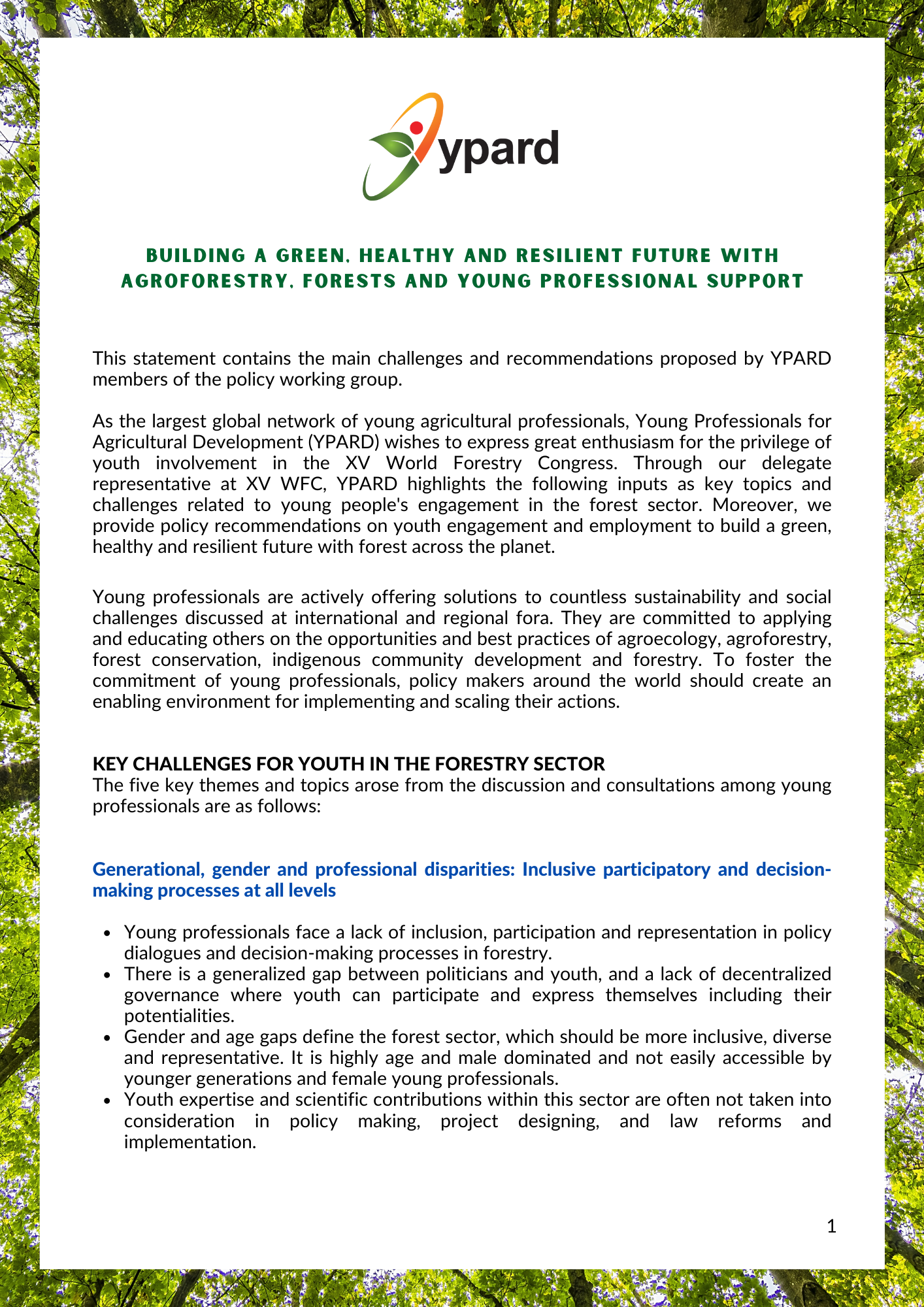 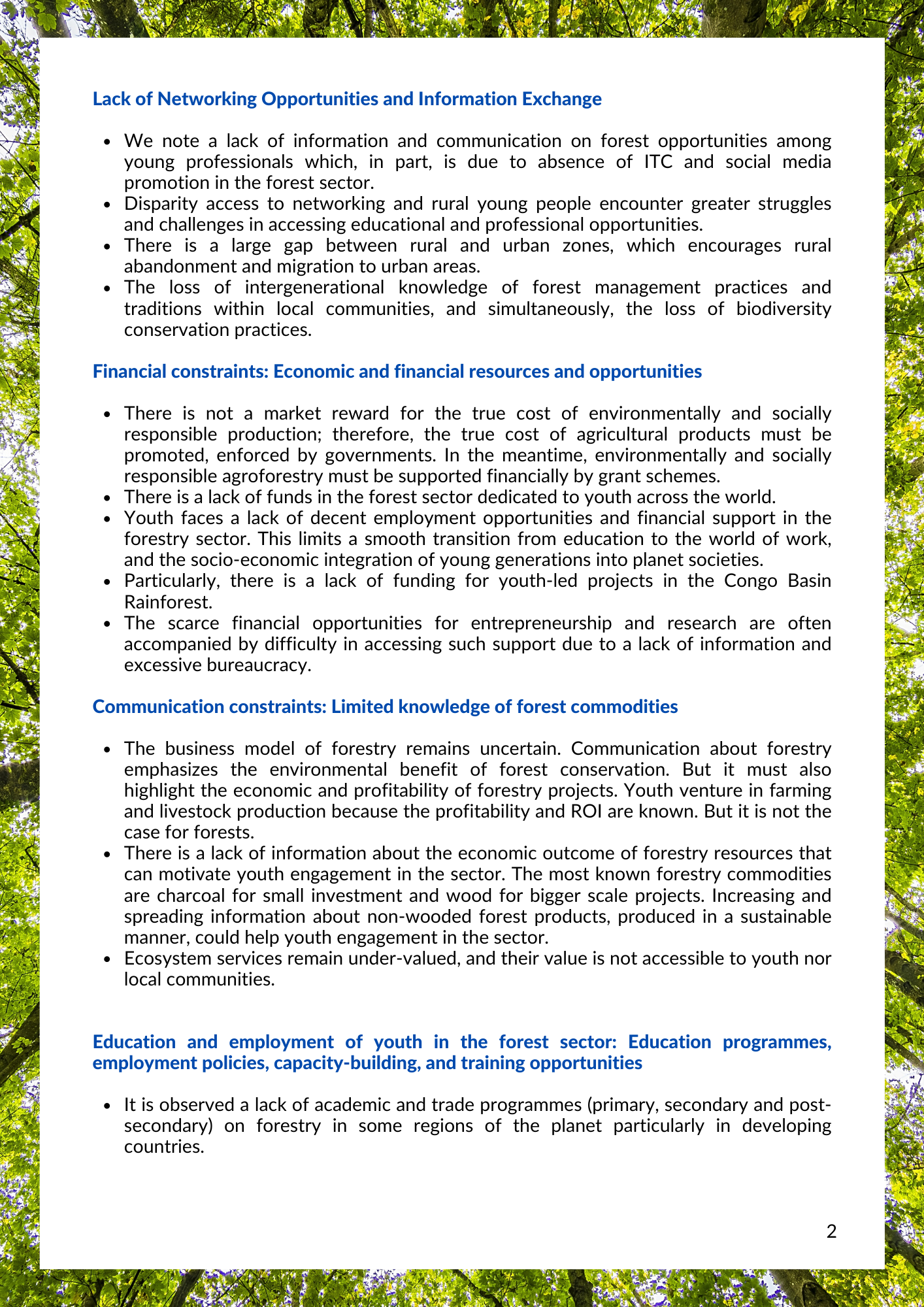 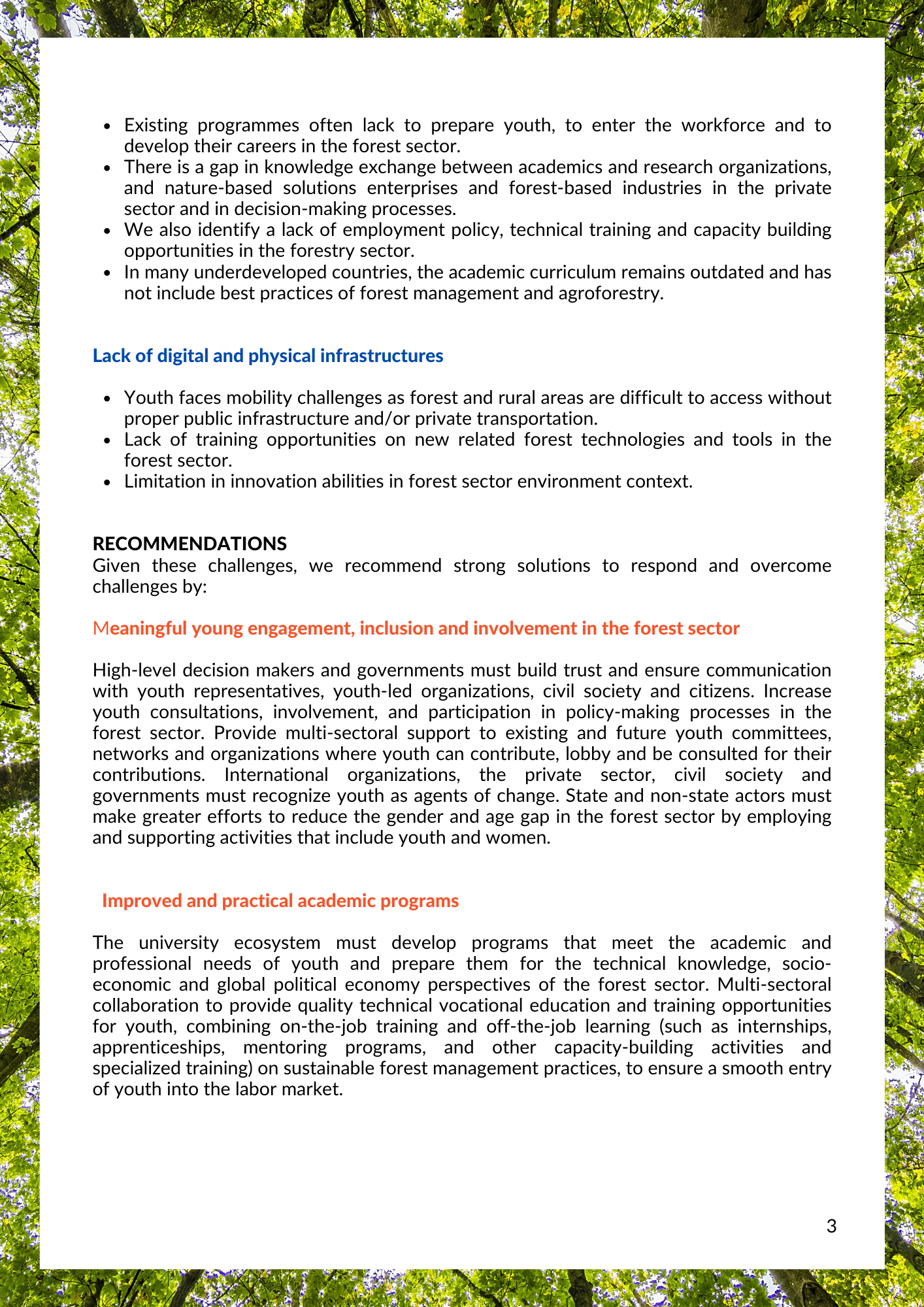 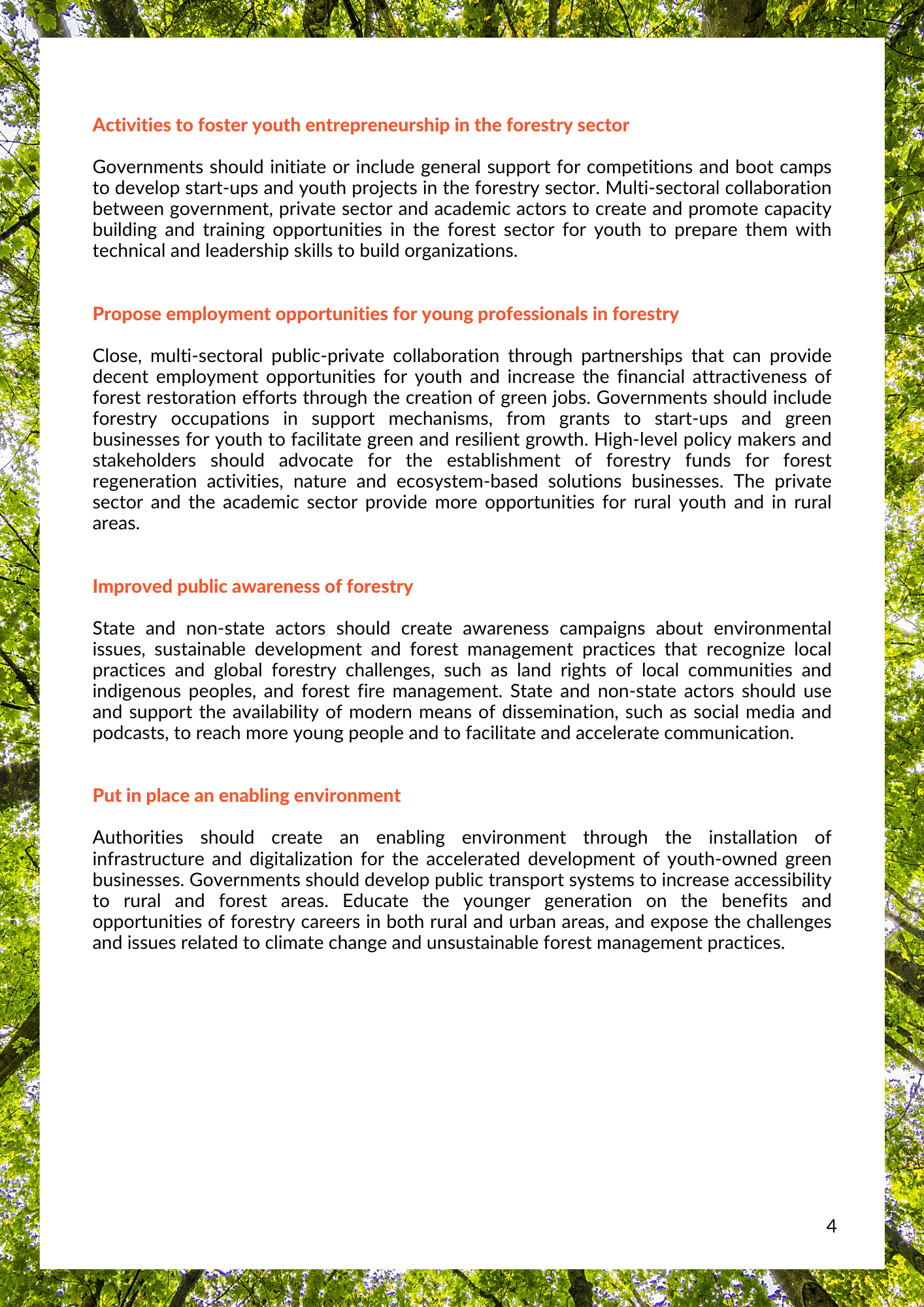 On April 13th and 15th, the COP27 Presidency of Egypt and the Food and Agriculture Organization of the United Nations (FAO) hosted a unique Consultation on Agriculture and Food Security at the 27th Conference of the Parties on Climate Change (COP27) at the FAO Regional Office for the Near East and North Africa in Cairo. Initiatives launched by the host government of the COP have become tradition, and the Egyptian government is making a unique mark by including a diversity of stakeholders in consultative processes, in an effort to co-design the proposed COP27 food and agriculture initiative.

YPARD had the honor of contributing to the consultations as a youth and young professionals stakeholder, and owes a huge thanks to the new think and do tank ClimEat for suggesting and funding YPARD’s travel as an appropriate representative. Genna Tesdall, the Director of YPARD, attended the in-person consultations. The inclusion of YPARD allowed the organization, as a member of the YOUNGO (the youth constituency of the UNFCCC processes) Agriculture Working Group, to draw in YOUNGO to the consultations; this opportunity, as the members of the YPARD Policy Working Group and YOUNGO can attest, represents a landmark opportunity for youth to substantially contribute to the co-design, and hopefully co-implementation, of the proposed COP27 food and agriculture initiative. A consultative process was held with the YPARD Policy Working Group, YPARD Steering Committee, and the YOUNGO Food and Agriculture Working Group to gather inputs for both oral and written interventions. The written intervention can be found at the end of this article.

Cyber Caution: How to avoid Phishing?

For this reason, in company with GRFAS, we have created a leaflet with some tips to avoid falling for these types of scams.

World Forestry Congress is an exceptional opportunity for global Young Professionals (YPs) to meet and talk about their specific expertise to collaborate worldwide. In the frame of the XV World Forestry Congress in Seoul, the Republic of Korea, our YPARD Delegate Assouhan Jonas Atchade, from the Republic of Benin, has had the opportunity of networking with other YPs, and discuss the key role of youth in future forestry-related decisions.

With the support of the Kofi Annan Foundation, Sebastián Pedraza, one of the 2021 Kofi Annan Changemakers, and other partner organisations have launched a campaign for young people in Colombia to fight disinformation during the Colombian elections: “Verifica antes de compartir” or “Check before you share.”

The  Agriculture & Food Security Network of  The Swiss Agency for Development and Cooperation (SDC) works worldwide to secure the human right to adequate food. It designs its activities with the aim of giving poorer and disadvantaged population groups, such as smallholder farmers, women and young people, equal access to education, productive resources and markets. 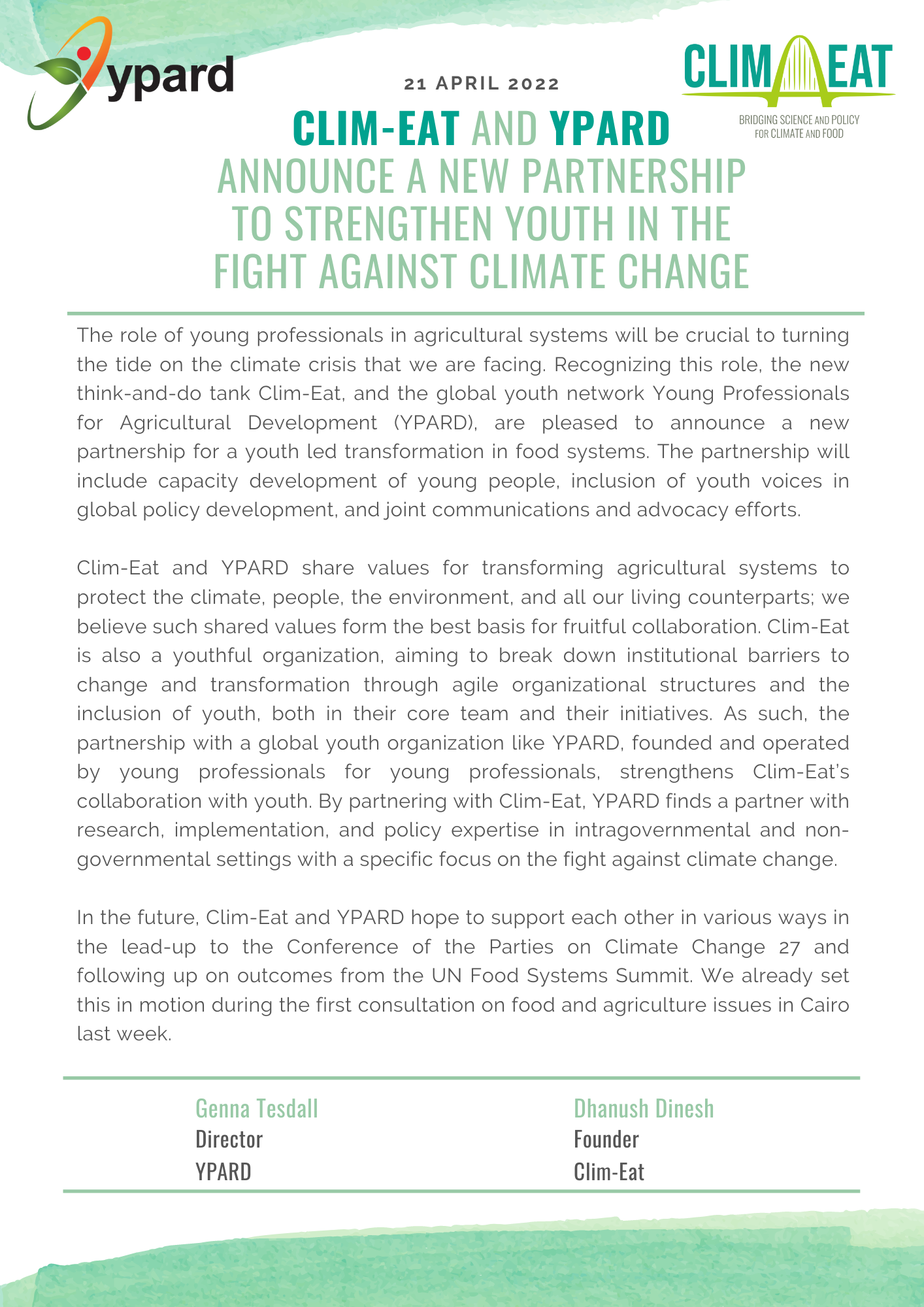 YPARD has convened its first policy working groups of 2022, and we are proud to already share a result of the hard work of the working group, composed of young professionals hailing from every continent. We also were honored to have an official representative from the YPARD partner the International Association of Agriculture and related sciences Students (IAAS).

Extension and advisory services are crucial in keeping current farmers and future farmers interested in producing food and contributing to food security. However, extension and advisory agents face similar challenges to young farmers in entering and staying in the sector, including access to opportunities, credibility, and support.