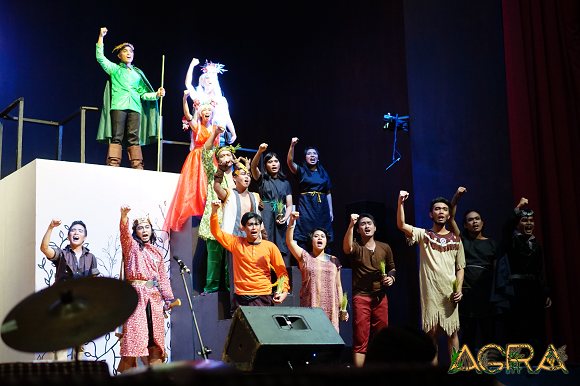 Have you seen or heard of a musical production that advocated for the promotion of agriculture to young people?

On March 14th and 15th, 2017, AGRA: A New Musical took place with that advocacy behind it!  With two shows per day – one in the afternoon and another in the evening. AGRA had an original script in Filipino with 15 original songs.

This was an endeavor of Young Professionals for Agricultural Development (YPARD) Philippines with UP Broadway Company, a theater organization in the University of the Philippines Los Baños (UPLB), in partnership with the Office for Initiatives in the Culture and Arts (OICA) of UPLB. It was held at the university’s largest auditorium for theater productions – the D.L. Umali Auditorium.

How did the project develop?

It started in May, 2016 at the YPARD Philippines’ planning. I pitched the idea to the group that we should find a way to use the arts to promote agriculture. At that moment the idea I had in my head was something along the lines of a  poem or photo contest, and maybe the development of a storybook for kids. However, one of our colleagues had a bigger idea that revolved around including something she loves aside from her line of work in genetics – theater. Towards the end of 2016 “AGRA” was proposed to OICA of the university and was eventually approved to be part of the National Arts Month celebration.

In January 2017, the artistic and production staff came together piece by piece. And just as our project aimed to advocate the fusion of arts and science to promote agriculture, so was the composition of our staff across the board. For example, the playwrights were a graduate student in genetics who currently works with the International Rice Research Institute, and a communication arts graduate. The production manager of AGRA is a communication arts graduate as well who is working in Manila (2 hours away from Los Baños, Laguna) and saw the value in AGRA, and so decided to invest her time despite the distance. The director of the play was a humanities professor. YPARDians, mostly in the fields of agriculture or biology (either in genetics or molecular biology) also played critical roles such as stage manager, musical director, head of costume and make-up, manager of logistics, and set movement of props.

Basically, the actors and production staff were a mix of students coming from agribusiness, agriculture, civil engineering, biology among other fields, a blend of people who had no prior experience in theater productions and some who were very seasoned. That made the advocacy behind AGRA more solid as it was not only the script that was a combination of science and the arts but even the people behind it. Everybody did extraordinary and excellent work that yielded awesome results! 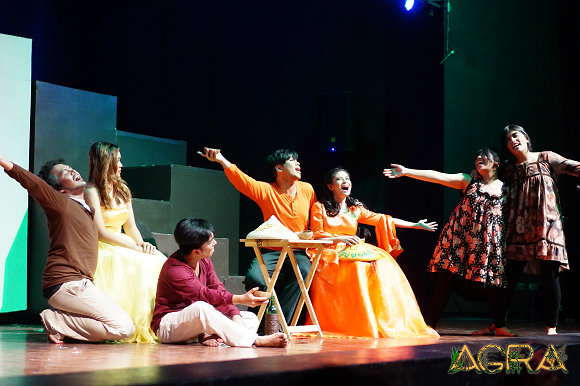 Who supported our cause?

One of the biggest supporters was of course, OICA. They covered the bulk of the costs to get the musical production going: venue, set pieces, costumes, food, and more! Much of our gratitude and appreciation goes to them. In fact, the OICA Director came up to me after the last show and congratulated us for the project. She said it was rare to find such an endeavor in theater with an advocacy, which is why they chose to support us. She watched 3 of the four shows (not to mention the show’s running time was 2 hours and 30 minutes). Talk about how interesting AGRA was!

We also had other sponsors such as: Senator Kiko Pangilinan, the advocacy group called Coalition for Agricultural Modernization in the Philippines (CAMP) composed of National Scientists and Academicians, media partners (mix of theater and tourism blog sites, social media platform of national print media). As endorsed by the university’s Office of Public Relations, the event was covered by a national TV network in their news show talking about how AGRA used the arts to promote the agricultural sector.

Who did we reach?

Our marketing head was a college student in Agricultural Economics. He did an excellent job in getting high schools flood the afternoon shows. We had to turn away some schools who wanted to watch the show because the venue was jam-packed already. We had approximately 600 people attend each show, thus we had close to 2,400 audiences for AGRA! College students and professors mostly from UPLB attended the evening shows, as well as directors of national research institutions.

We conducted a survey before and after the show to see if the message of AGRA was captured and if it caused any change in their perspective towards agriculture. The survey results are yet to be processed and YPARD Philippines will be working with a student organization at the College of Agriculture and Food Science to analyze the data gathered.

The event was also covered by various media sources in the Philippines such as ABS-CBN Video,  UPLB Office of Public Relations Page, When In Manila,  Uniquely Pinoy, Theater Fans Manila and Inquirer POP which also helped to reach an even bigger audience. 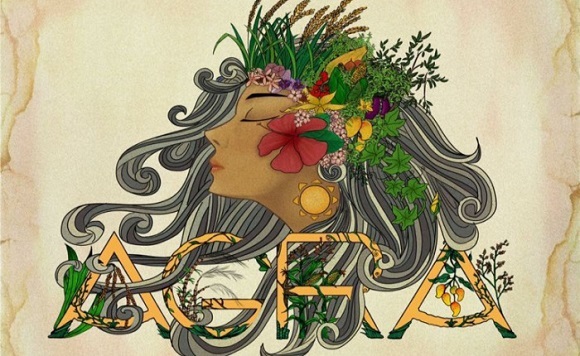 What was AGRA about?

AGRA, a princess of Farmaya, is torn between her strong-willed radical sister Sonia and her dominating conservative father Ekono. To create a compromise, she invents Siporia, an enhanced rice species, in the hopes of restoring her family and her kingdom’s old greatness. All the while the land of Lakapati braces itself for the coming onslaught of a deadly pest.

Towards the end, a short video of interviews with farmers, agricultural students and a professor was showed to further emphasize the need for youth to get involved in agriculture; after which the cast sang the final song – Laban (Fight). The songs of the play reverberated even after the shows, where you would hear people singing the music, and commenting that this musical production was truly rare; a musical with great music and storyline and an advocacy behind it. 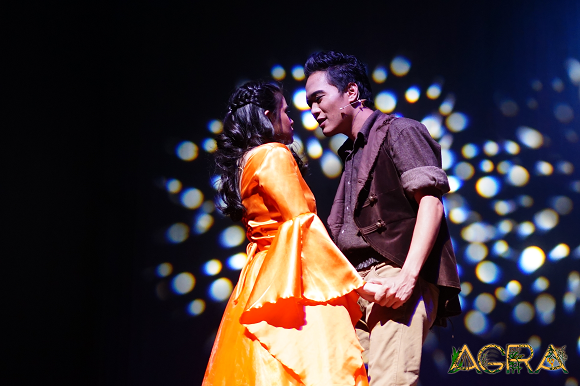 Lessons and the way forward

Truly there is beauty in synergy. No great thing can happen by the efforts of an individual; it takes a group - a community with a shared vision.  Dream big. No idea is worthless, especially when people pour their time and efforts into it. I started with an idea that was quite abstract – “to use the arts to promote agriculture”. But I never saw it to be something as big and as impactful as AGRA. It took other people to buy into the vision, invest their time and resources into it. AGRA is a shared success of all those in the production and artistic staff. It cannot be attributed to one person only.

The same goes with our efforts to address issues in the agriculture sector. It’s never about one person and his/her great idea. It’s about how can we rally towards a vision which we can share, live for, and fight for. It is my hope as YPARD continues on with its vision, mission and objectives, that we spark movements and create ripples that become waves of change. AGRA is YPARD Philippines’ contribution to the fight for the next generations and for their food security.

The Impact of COVID-19 on SDG 2: New Narrative for Agriculture

Agriculture and food production of Nepal under COVID-19