They are an opportunity if we convert their energies (the youth) to agricultural development but they could be a time bomb if we fail to do so,- President of the International Fund for Agricultural Development (IFAD), Dr Kanayo Nwanze. 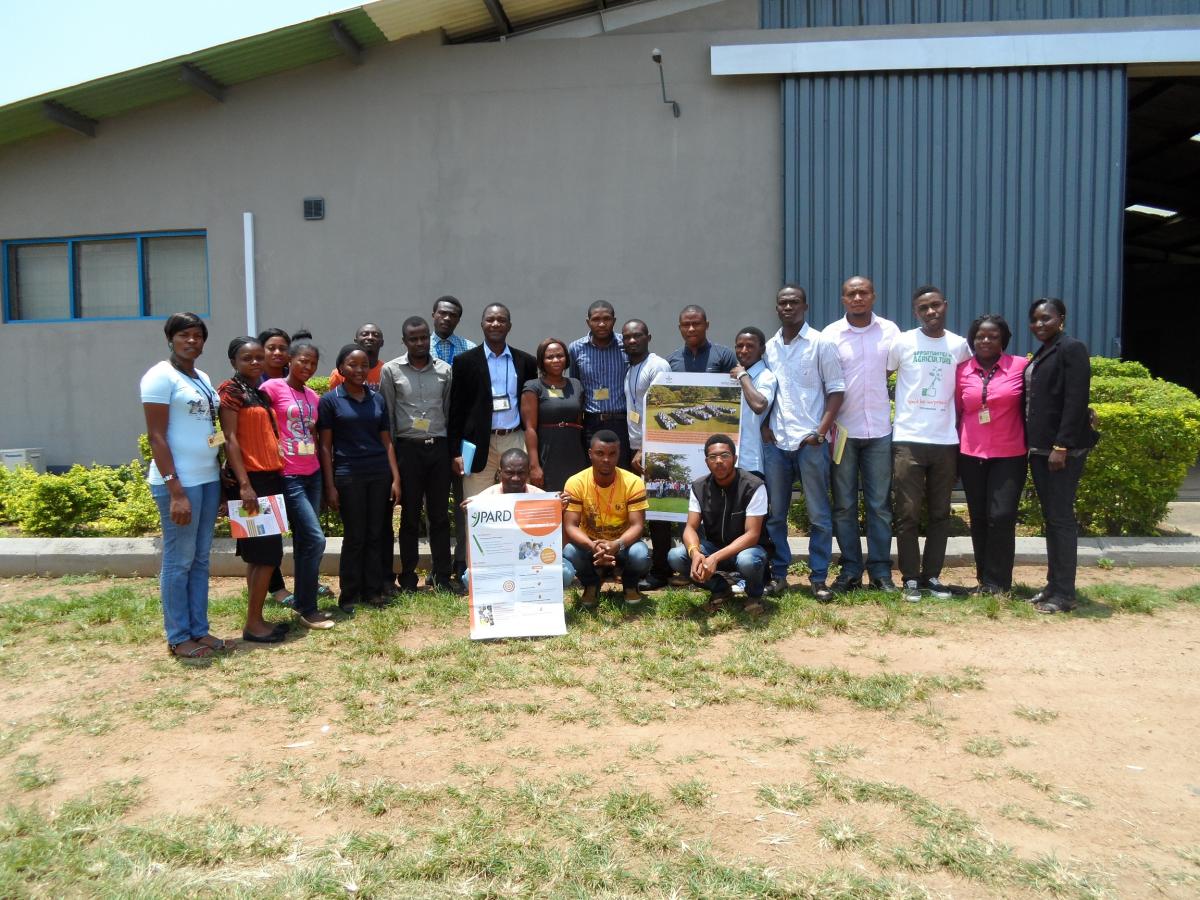 The above words were expressed by the IFAD President Dr. Kanayo during his speech in August 2012 when he visited the International Institute of Tropical Agriculture (IITA), Ibadan Nigeria. Among other things he stressed the need to increase investments in agricultural research for development stating that it would bring about transformation and help address the rising wave of youth unemployment and poverty.

The IFAD Presidents word were dear to the heart of the IITA Director General, Dr   Nteranya Sanginga that the following month (September 2012) he launched the IITA Youth Agripreneur Program with the focus on promoting agriculture among youth, training them and exposing them to the agricultural value chain.

It was thus with excitement that on September 19 2013, the ÝPARD Nigeria team met to interact with these youth who have enjoyed been part of the IITA Youth Agripreneur Program  as they marked their one year anniversary and also tell them about the YPARD network.

The IITA Youth Program was kicked off in September 2012 with serving corp. members serving at the institute. There are presently 11 men and 12 women under this program. The program focuses on hands on training on plantain/banana sucker production, seed multiplication both certified and foundation, cassava stem and root production. In the past one year of the program, the participants have also worked on the farm, visited other farms and also had the opportunity to be trained by various experts in the field of agriculture through workshop and on- farm demonstrations.

A unique feature of this program is that these youth have graduated from various fields with many not even from agriculture. Some are graduates of History, Quantity Survey, and Economics etc to mention a few. The participants are provided with a befitting office, farm equipment, farm attires (overall and boots), farm land and a project vehicle to mention a few.

The YPARD Nigeria Team had a lovely time with the participants. The meeting which was facilitated by the IITA Corporate Communications Officer for West and Central Africa, Godwin Aster kicked off with a brief introduction about the IITA Youth Agripreneur Program by it Coordinator Akinyele Bankole Odunayo (A youth himself). After which Jacqueline Opara from the YPARD Nigeria Team gave a presentation on the activities of the YPARD Network and how they can take advantage of the network. Thereafter, the YPARD Nigeria Country Representative, Olawale OJO gave a presentation on how youth can use social media to promote and contribute to agriculture and food security. He admonished that these youth use social media to share their experiences and stories during the program stressing that it would serve as a motivation for other young people to follow suit in considering farming and other agriculture endeavours. Group photos and interviews with the participants followed as a rap up of the days activities.

The IITA have indeed started contributing to averting a time bomb that would occur if youth are not invested in. And it is indeed an example for all quarters to follow in empowering youth to take up various roles along the agriculture value chain.

We would want to appreciate Godwin Aster, who was keen about these young people and allowed us meet with them. Appreciation also goes to the YPARD Global and Africa offices for their support. I would also want to thank Ajilore Oluwabunmi, Opara Jackie, and Jeremiah Majid all of YPARD Nigeria who made out time to meet with these youth. Finally, IITA and IITA Youth Agripreneurs who are setting a fine example for stakeholders and youth respectively to follow.