I have started to realize the importance of youth in the future of a food-secure world (and) no matter how many new seeds or crops we bring on the market, no matter how many new systems of irrigation, land and water use, cattle breeding systems, food storage improvements, unless we have young people interested in agriculture it will all fail dixit Peter Casier, an online media communications facilitator with almost 17 years experience in development works (and a Grandpa to many ICT4D youth), in a googlegroup discussion. 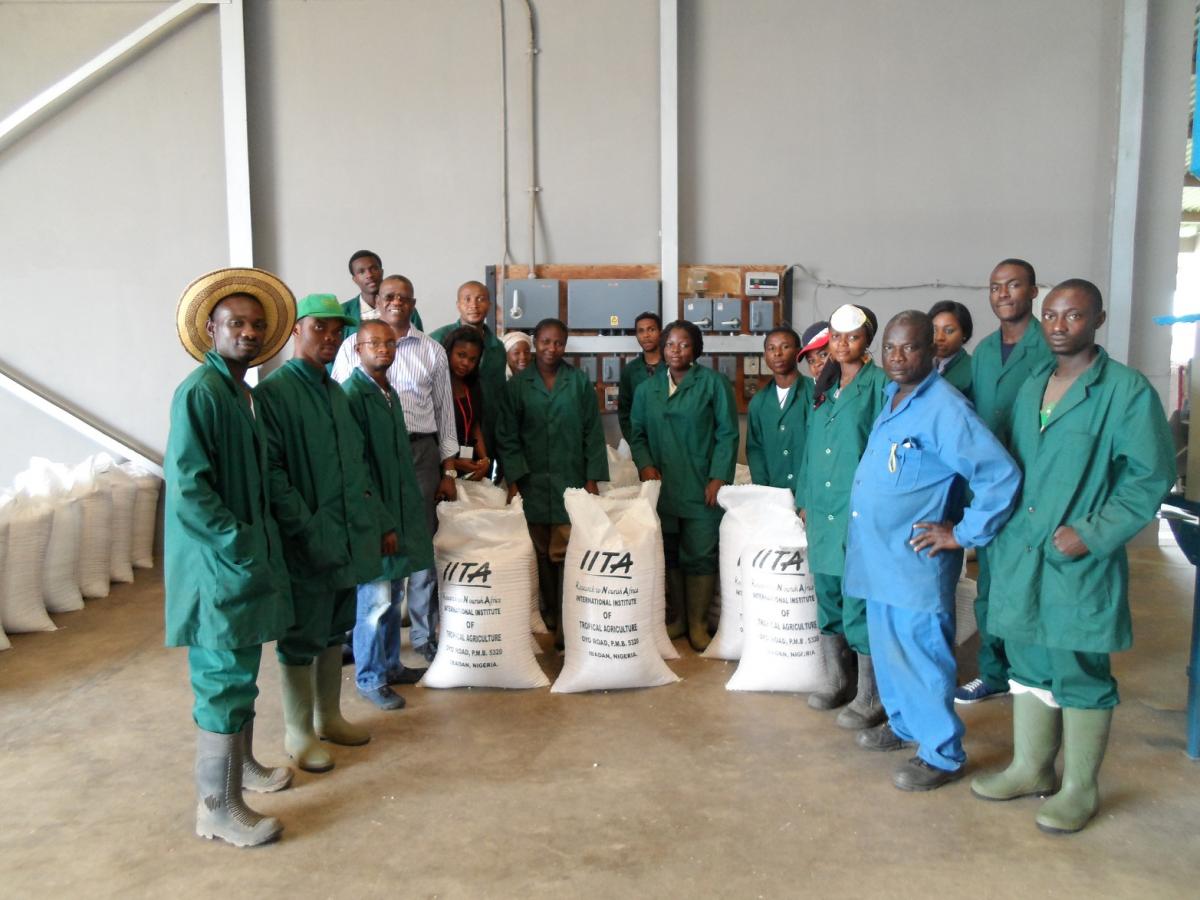 Nowadays, it has become a fad for policymakers at country levels (especially in Africa) and international organizations to talk much about youth involvement in development issues and youth empowerment without involving the youth themselves in the conversation or without giving them a real voice. In fact, many times action plans are developed for the youth without their inputs, or in cases where they are involved either in the planning or implementation of such ideas, they are given fringe roles; and in the end get little or no benefit from such plans.

So, it was a pleasant and welcomed deviation from the norm for me to learn about the IITA Young Agripreneurs Programme and to meet and talk with the young agripreneurs themselves, when the YPARD Nigeria team  a group of young professionals in agriculture to which I belong  visited them at their unit in the IITA headquarters on Thursday September 19, 2013.

The IITA Young Agripreneurs Programme was designed by IITA to train and engage willing young people in modern farming practices and agribusiness. The programme, which is still at the pilot stage, started with a group of young graduates  corp members  who have chosen to use their one year mandatory youth service to develop modern farming skills and hope to put to practice their newly acquired skill and become farmers and agripreneurs soon.

Talking to them, these young folks were really enthusiastic about farming and were eager to share their experiences and the knowledge/skill they have acquired in the last one year on the programme  from the production of new varieties of maize seed to the replication and mass production of cassava stem cuttings; this is despite the fact that many of them studied courses not related to agriculture and were probably having their first contact with farming.

By and large, in my quick assessment, the IITA Young Agripreneur Programme has succeeded in piquing the interest of these young people, who would have probably joined many other disillusioned youth waiting for white collar jobs in their various fields, to embrace agriculture as a productive means through which they can achieve their aspirations.

That way, the IITA has moved beyond the normal and repetitive rhetoric of getting youth involved in, and empowered for, agriculture and development purposes but is already walking the talk through this laudable programme. Other local and international organizations will do well to follow suit.