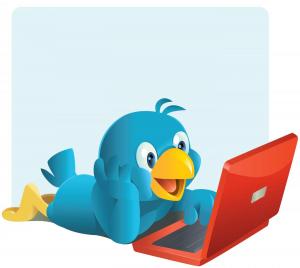 For the past year, one of the Web 2.0 tools I am using a lot for information search and dissemination is Twitter. There are of course other tools to collaborate, access information and to connect with people/organisations that have same interests as me (See one of my previous posts on Web 2.0 tools: Some practical examples), but presently I find Twitter as the most powerful one. Everyday, I get in touch with new people, interact and share information with them virtually and this week I met one of my Twitter friend in person (who by the way found that I was in Netherlands through Twitter!). But, how was the experience? :)

It was Friday afternoon after work and I was rushing with my bike in the snow to be on time for our appointment at 16:00 at a place called Hotel de Wereld in Wageningen. I just knew that I am going to meet Gerdien Kleijer, a Dutch friend I got to know on Twitter through another Twitter friend from Kenya. And in my mind, I remember saying to myself: "Ok, let's see where Twitter leads me!".
I finally found the place where we were supposed to meet (which was a bit chic - not something we were looking for, but nice anyway) and there she was! I initially thought Gerdien was a farmer as she was with a piglet in her Twitter profile picture, but I soon realised that I was wrong. She actually studied veterinary medicine and has been working a lot in the pig, poultry and dairy sector in the Netherlands and on some projects in other countries, including China. 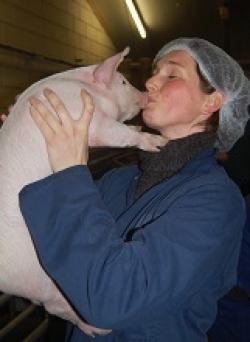 When asked how she got into Agriculture, Gerdien told me that as a kid she loved ponies and usually went to a neighbouring farm, where she could ride them. By visiting the farm, where there was poultry farming and other animals, she found it cool to actually work on the farm. This is how she decided to study veterinary medicine, in which she saw more prospect than just agriculture. After her studies, she landed in teaching and training related to livestock production/animal husbandry.
Currently, she is working with Projecten LTO Noord on several projects and farmers in different parts of the Netherlands. Regarding the projects she is working on, they focus a lot on improving the perception of people on Agriculture, environmental conservation while rearing animals and transforming conventional farms to organic farms.

Agriculture in the Netherlands

During our conversation I got to know some interesting facts about Agriculture in the Netherlands:

Other facts on Agriculture in the Netherlands (which I found after the meeting):

The Story of Milk

A video Gerdien recommended me to watch - The Story of milk, a Corporate film reminding FrieslandCampina employees and stakeholders worldwide of the magic of mother nature, which is milk:

Some Tweets after the meeting! 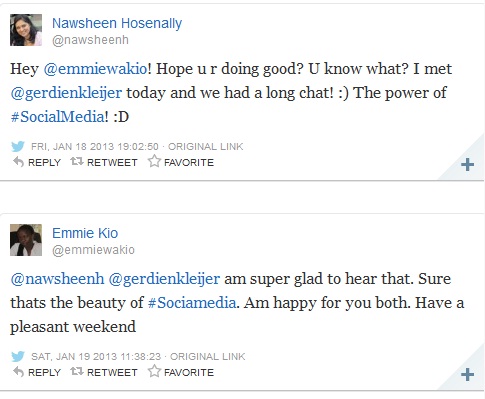 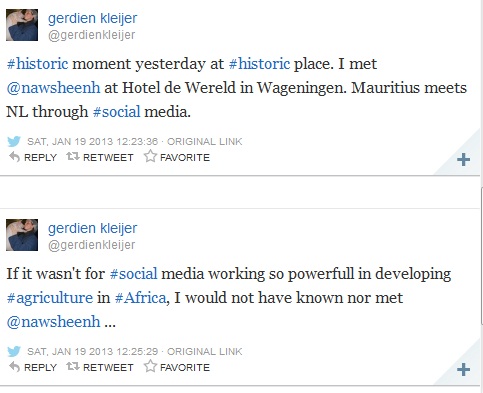 Many thanks to Gerdien for coming to another town just to meet me. I truly appreciate and have surely learnt a lot from you. And also, Thank you Emmie Kio for introducing us!

I have really loved this meeting/experience that lasted for more than 2 hours and it all happened thanks to Twitter. It is true that social media has both positive and negative sides, but if you are using these tools for an objective/purpose, it can actually be rewarding.
Still not convinced about the benefits and power of social media? Maybe you will be after reading my next posts! :)
Twitter Photo Credit: http://ijustsaidthat.wordpress.com/
Facebook Twitter LinkedIn Pinterest
Tags:
agribusiness Agriculture Netherlands social media Twitter youth
EXPLORING THE COCOA INDUSTRY
Message for the youths in developing and under-dev...

What do you eat when you cook beef in Belgium?