Our voices were heard in Malabo! 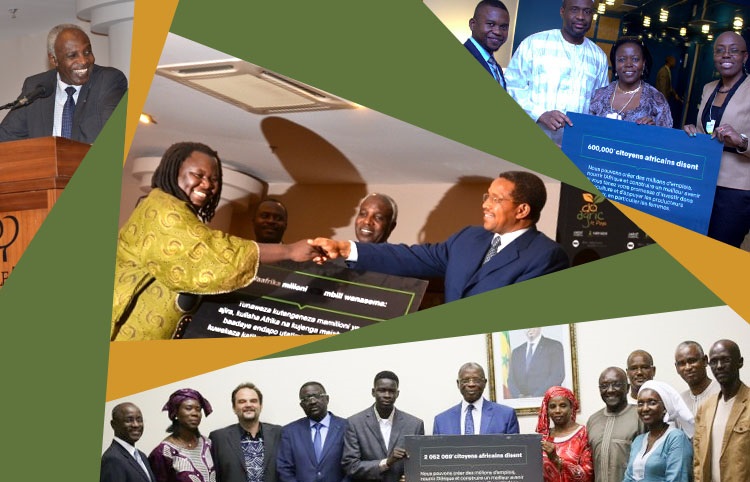 On January 20, in Addis Ababa, Ethiopia, ONE.org with partners launched the Do Agric, It Pays campaign. The campaign called on African governments to keep their promises to invest in agriculture and support smallholder farmers as committed in the Comprehensive Africa Agriculture Development Programme (CAADP).

During the campaign, a petition was signed by over 2 million people across Africa. The Do Agric Petition signatures along with policy recommendations were introduced to African Heads of State during the recent 23rd African Union Summit held in Malabo, Equatorial Guinea from the 20th to the 27th of June 2014.

The 23rd of June, ONE.org partnered with some organizations including YPARD to organize a tweet hour. During this digital event, thousands of tweets based on the 10 policy recommendations were sent to call on African leaders to renew their commitment towards agriculture and smallholders. Many youth joined that twitter event.

Fortunately, our voices were heard in Malabo!

African leaders re-affirmed their intention to devote 10% of their national budgets to drive agricultural transformation in their countries. Better still, they committed to achieving targets such as doubling agricultural productivity, halving post-harvest loss, increasing youth participation in the agri-business by 30% and reducing stunting to 10% across Africa.

This is a massive victory for millions of Africa’s smallholder farmers and those whose lives depend on these commitments. It’s a great victory, yet it’s not the end. Political commitments need to be translated into concrete actions; and it’s up to everyone to ensure our leaders keep their promises.

To this end, please start by sharing this blog post with your networks and keep raising your voice and work to ensure concrete actions are done!

YPARD presentation at the GCHERA