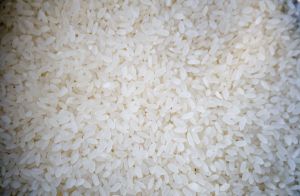 A subsistence oriented agrarian economy is predominant in Nepal. 65.8% of total population is engaged in agriculture in which 60.2%are male and 72.8% are female. Because of the diversified climatic condition Nepal has got high potentiality of producing major cereal crops, legumes, fruits and vegetables.

Climatic condition of Nepal is subtropical to temperate and annual rainfall is about 2000mm (east), 1000mm (west) and average rainfall duration is 60-80% in monsoon season. Out of three ecological region of Nepal Terai is suitable for production of major cereal crops like rice, wheat, maize and barley of which rice is a major staple food so called Terai as grain storage of Nepal.

Contribution of agriculture sector to all the gross domestic production is 34%. Likewise 27% GDP is contributed by livestock. Due to climatic diversification most of the crops of world can be grown in Nepal.

Considering high population growth rate and fragile ecology, the scope of increasing cultivable land is severely limited in Nepal. Nepal has still to depend on foreign countries for agricultural inputs. Telling the truth Nepalese sells rice at 17Rs/kg and buys rice husk at 21Rs/kg. This is really a pathetic condition of agriculture in Nepal.

Our agricultural practices are still traditional. It is said that in what economic condition Panjab state of India was in 1980, the same will be Nepal in 2013. Moreover there has not been a significant positive change in pattern of land ownership. Rather the small land holders have lost their ownership to land for the sake of earning live hood.  The small farmers are compelled to sell their land to the landlord or rich farmers for their survival during the storage periods. After losing their land the small/marginalized household become landless and owing to the lack of employment opportunities in the village migrate to cities/town to earn their live hood.

Moreover the coming generation hesitates to follow the agricultural occupation which have been followed by their forefathers for many generation. In many rural villages of Nepal the young manpower are no more in the village and are compelled to go to abroad for their live hood and the village is left with few old man and women and children which are incapable of doing agricultural activities. So they are compelled to leave the land fallow and they just depend on foreign remittance for their live hood.

It is sad to know that from the Agriculture universities of Nepal, more than 80% of the students go to abroad and settle there. The condition of Nepalese agriculture is so critical. It seems like universities are producing manpower not for the country but for the foreign.

Although the condition is critical there are some positive changes which show possibilities for agriculture development. The different strategies of government, the local cooperative institution in many rural areas are enhancing the economic status.

It is more likely to listen that some group of youths which were on golf countries for doing agricultural practices get back to Nepal and started farming vegetables and fruits. Different successful stories of commercial farmers and youth groups like Heartbeat had proved that there are huge possibilities in Nepal too.

The different modernized agriculture tools, research on higher yielding varieties (HYB) have made possibilities for the further scope of agriculture in Nepal.