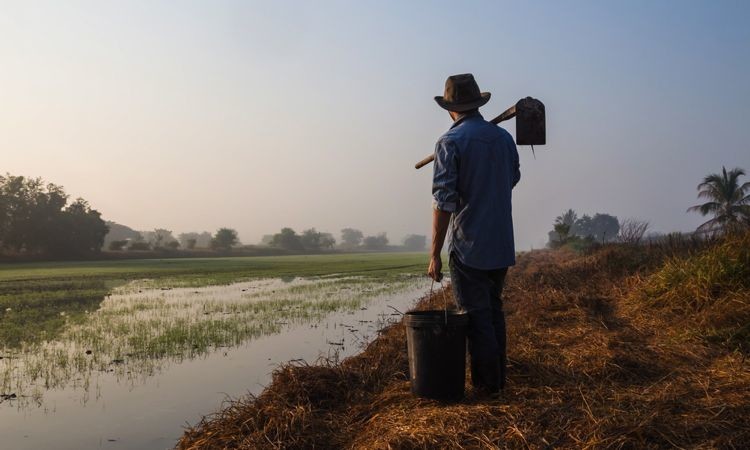 It’s time for a revolution in the food system—young and new farmers need government support to nourish future generations. Farmers, businesses, policy-makers, and educators need to promote agriculture as an intellectually stimulating and economically sustainable career—and make jobs in agriculture and the food system “cool” for young people all over the world.

Food Tank, as the presenter of Pivot TV and TakePart’s “Food for Thought” month, created a petition calling on government officials to provide more resources, support, aid, and infrastructure to make farming economically viable and environmentally sustainable for a new generation of farmers and food system leaders.

Take action and show your support now by clicking HERE.

During the entire month of September, Food Tank, Pivot TV, and TakePart are encouraging people to watch FREE movie screenings every Wednesday and Sunday, including films such as Food Inc. and A Place at the Table, and shows such as Dark Rye. Pivot TV’s nightly news program, TakePart Live, will feature segments focusing on hunger and malnutrition, sustainability in the food system, the effect of climate on food production and the impact of industrial farming. Viewers are presented with simple, effective ways to take action on issues right from their TV screen.

With a rapidly aging population of farmers, it’s time to attract more young people to agriculture. This is a global challenge: half the farmers in the United States are 55 years or older, while in South Africa, the average age of farmers is around 62 years old.

"Agriculture has an image problem," acknowledged the Young Professionals for Agricultural Development (YPARD). Yet, according to the Global Forum on Agricultural Research (GFAR) two and half billion people depend on agriculture for their livelihoods. And according to the U.N. Food and Agriculture Organization (FAO), 27 percent of the world's population is under 10 years old compared to only eight percent who over 65 years old.

"For decades, poor farmers were seen as a problem to be solved. But where, and when, people and governments have been able to give them the support they need and have understood that family farmers are, in fact, part of the solution, we have seen promising results," said FAO Director-General José Graziano da Silva.

It’s time to cultivate the next generation of food system leaders—young farmers, agricultural entrepreneurs, agronomists, extension agents and educators, researchers and scientists, and policy-makers who can create a more sustainable food system.

“Increased access to education means that young people can be a force for innovation on family farms, increasing incomes and well-being for not only farmers, but also local communities. Young people can develop the agricultural sector by applying new technologies to current work methods,” says Mark Holderness, Executive Secretary of GFAR.

During 2014, the International Year of Family Farming, we must do more to help support family farmers—especially young farmers.

Please also share this campaign via email and your social media networks by clicking HERE.

YPARD is building the YPARD Europe platform, join the initiative!