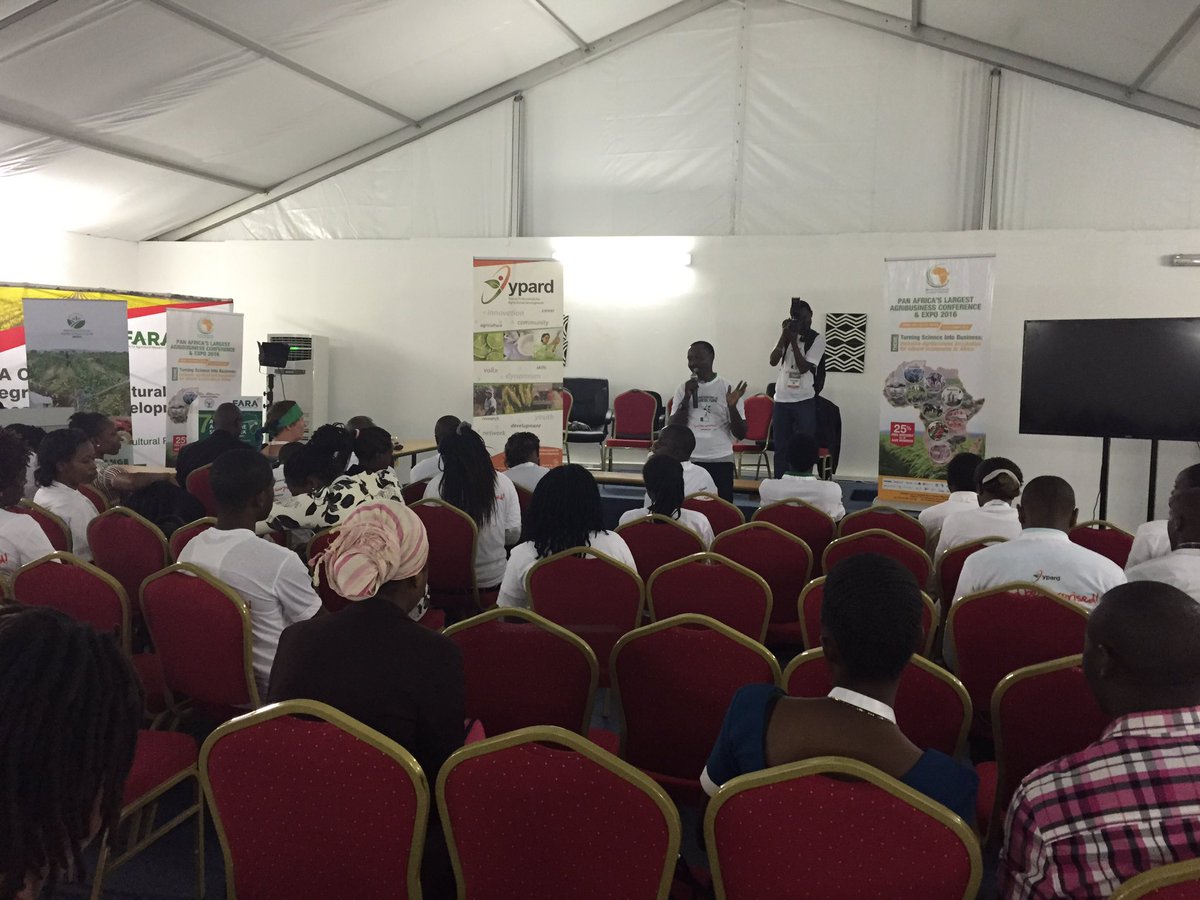 There is an African proverb that says the hottest music and dance always comes from home.

It is a proverb that aptly describes the YPARD members who came from all over Africa and on June 15th made Kigali their home. The congregation of more than 70 youth enthusiasts had gathered at the Media Hall during the 7th Africa Science Week to discuss and share ideas on the best opportunities and options available for creating jobs and wealth for the youth of Africa

After a day of deliberations from African Agribusiness Incubators Network (AAIN) Youth side Event, it was only fair for them to have an “us” moment, the one where people meet and greet each other and if possible share a bite or two. But have you ever heard of an informal meet up in Africa where music is absent? Me neither! For even without drumbeats, banana leaves still dance, right?

It was only a matter of seconds  the choir-mistress , aka Ms. Sokhna Rokhaya the YPARD Senegal representative, led the team to a song. 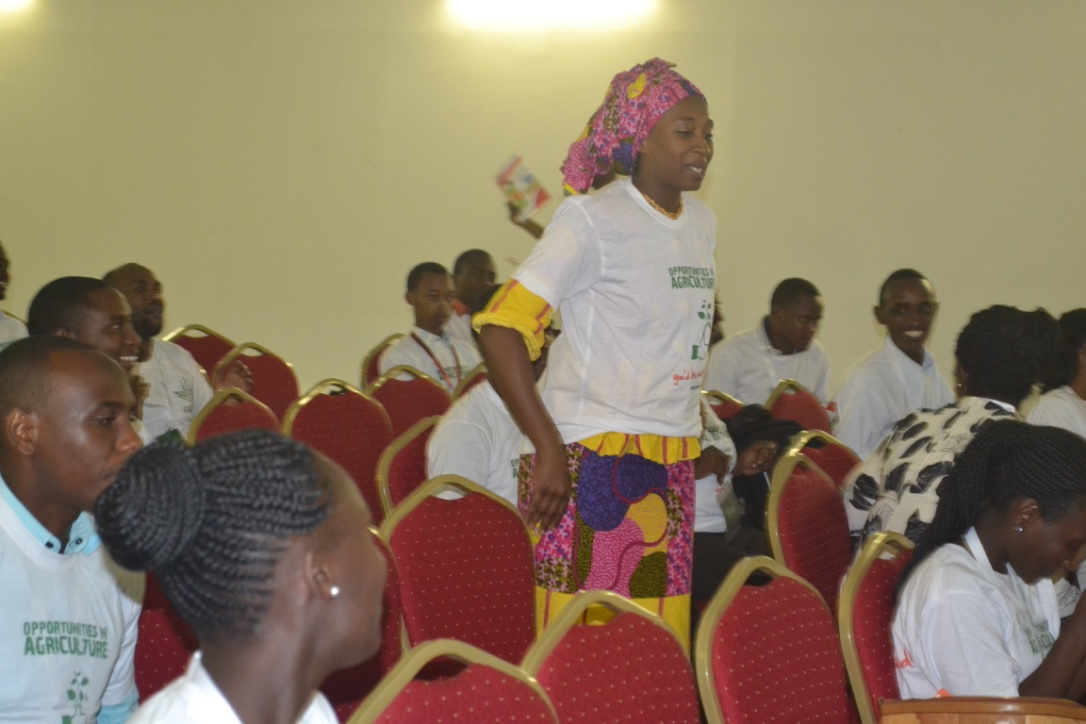 And on and on and on the song and dance went. Drums were improvised from the tables, dance crews were formed and the only thing that mattered was that the youth gathered were happy to be part of YPARD. To be part of the movement 10 Years milestone.

And even after the drums and the song weared off, you could still hear the Zimilelio Zimilelio …..Zimileli murmurs.

But time waits for no man and Jean Claude , The YPARD Rwanda representative, welcomed the gathered participants to the mini event and invited some of YPARD members to share a word or two. 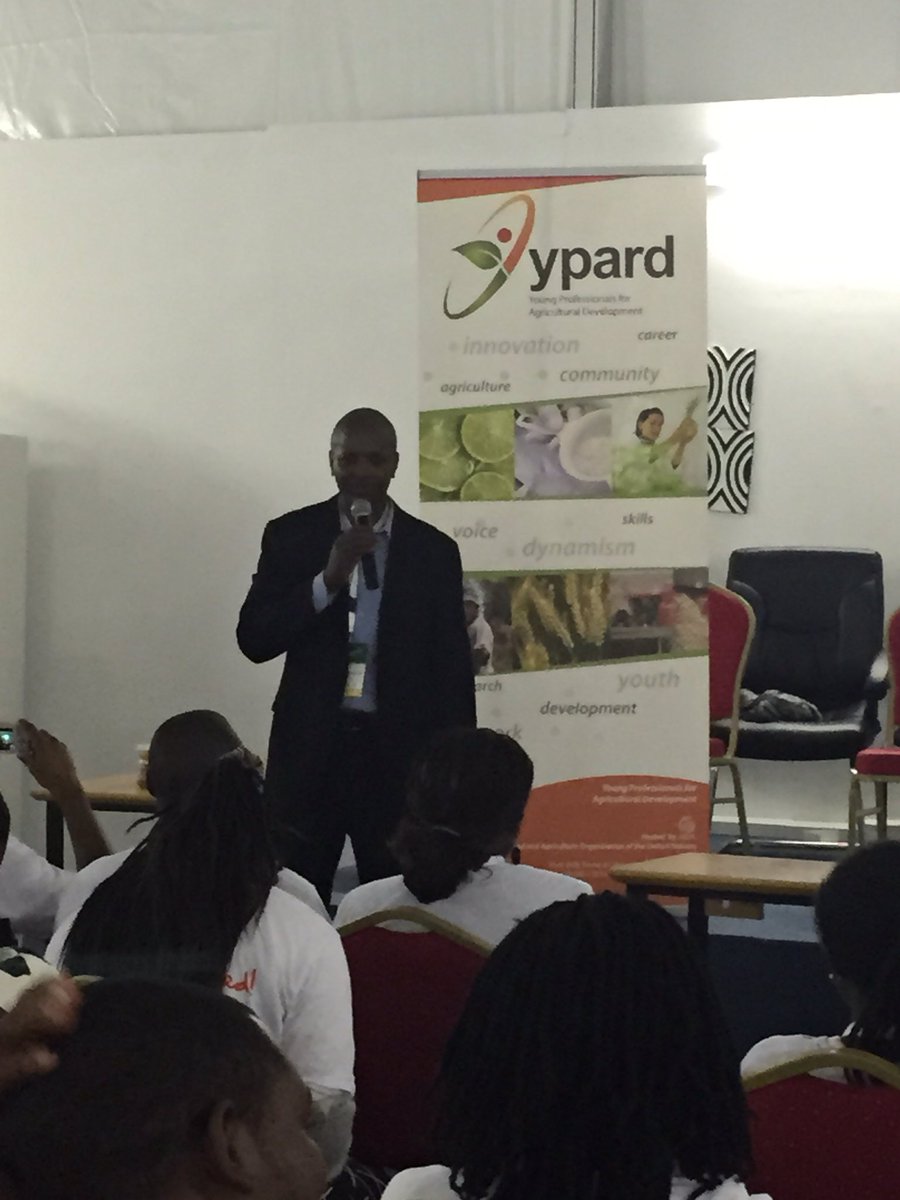 Kicking off the sharing was Ms. Anke Wiensheit, a key YPARD supporter and former YPARD Uganda representative. She emphasised on YPARD’s greateness as a movement and a platform for learning and sharing knowledge amongst the youth in agriculture. When we attend events we may not learn as much as we would but having a network like YPARD means we continue the conversation and the networks post the events. She stressed that YPARD has been instrumental in continuing the conversation among the young people. YPARD work maybe on a volunteer basis but it offers a lot of mileage when it comes to networking and getting access to opportunities in life.

Emmanuel Nzeyimana, a YPARD steering committee member, was next to address the youths stating that the strides YPARD has made have been unparalleled. To have a network on more than 15,000 young people across the world in no joke. As such, he feels that YPARD should be celebrated on every single day for being the go to network when it comes to youth in agriculture issues.

After his remarks, Jean Claude Ndayambaje invited two young entrepreneurs from Gashora Girls Academy to not only introduce them to the participants as the newest YPARD members, but also share the good news that marked their day. The two had won $5000 earlier in the day from the African Agribusiness Incubators Network (AAIN) Youth Engagement in Agribusiness, Trade and investment in Africa event for being the best entrepreneurs of the day. 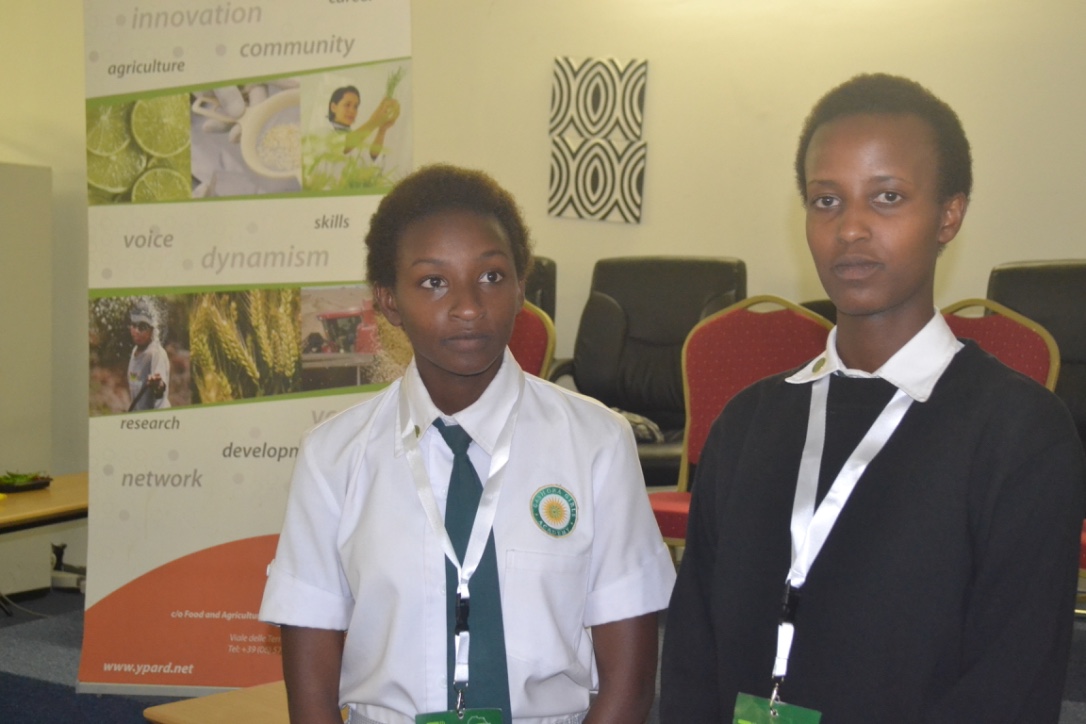 This paved way to the YPARD Happy birthday song as well as the  cake cutting and the meet and greet session. 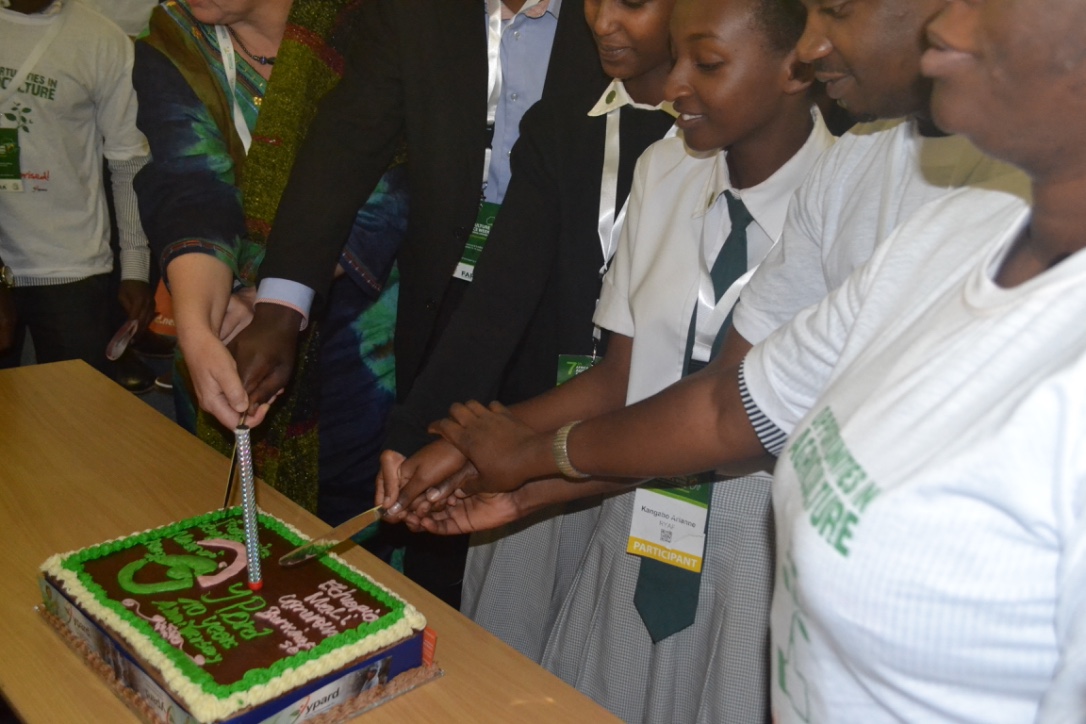 Many thanks to Jean Claude Ndayambaje the YPARD Rwanda representatative for being a great organizer for the event and to all that made it successful.

Find more coverage of the YPARD10Years as reported by Yeejo Rwanda.

Developing an Integration and Coordination Mechanism for CGIAR Research in Ghana

#YPARD10Years Celebration at the Town of Friendship