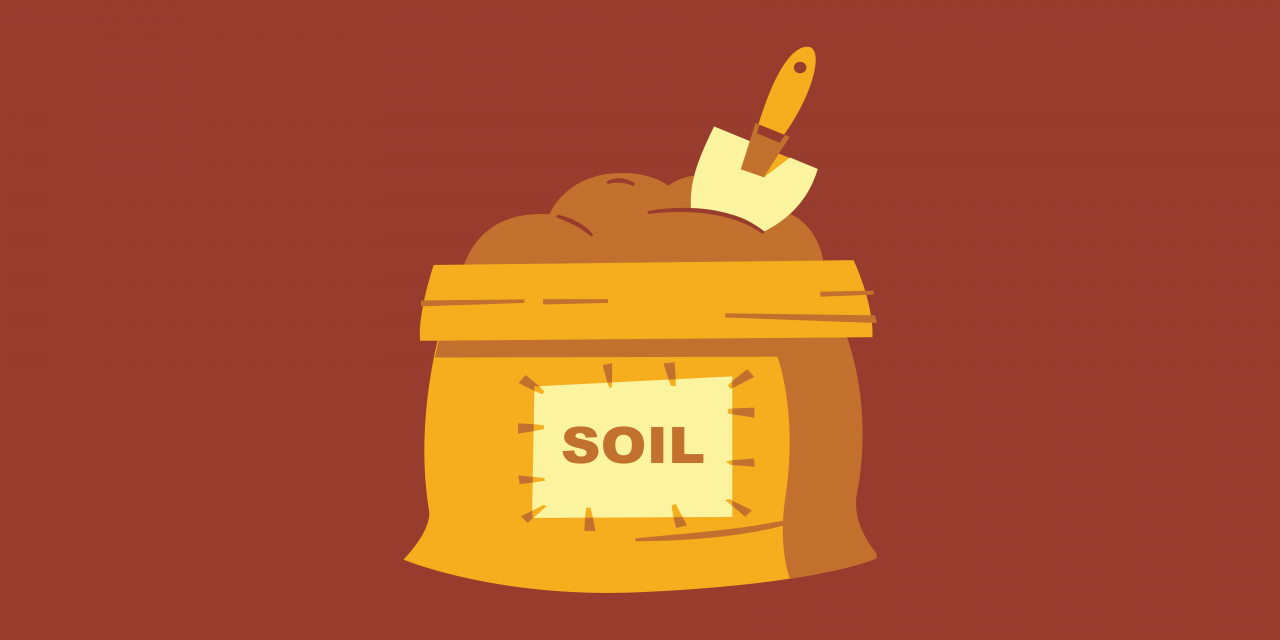 This article was originally published on MyRepublica, which is an English medium daily news site in Nepal. Our YPARD Asia and Pacific, communications focal point, Dinesh Panday, PhD wrote this blog to highlight the importance of soils and how soil is important to smallholder farmers in Nepal.

The World Soil Day (#WorldSoilDay) is held annually on 5th December to focus attention on the importance of healthy soil and to advocate a sustainable management of soil resources. This year, with the slogan "Halt soil salinization, boost soil productivity," which aims to raise awareness on the importance of maintaining healthy ecosystems and human well-being by addressing the growing challenges in soil management, fighting soil salinization, increasing soil awareness, and encouraging societies to improve soil health. While looking at the #WorldSoilDay interactive map on the United Nations Food and Agriculture Organization (UNFAO) website, there are around 300 registered events across the world.

Despite camping and spreading awareness, this raises the question - what is the importance of such events for smallholder farmers, where agricultural land has been extensively cultivated as most of the population is dependent upon farming? The existing poor socio-economic condition of Nepali farmers is directly related to the degradation of natural resources, mainly soil, land and forest that also eventually determine sustainability. In addition, soils have been considered as inferior resources and negligence is shown by both the people and the Government of Nepal. Unfortunately, #WorldSoilDay reminds us how our soil is under threat from deforestation, overgrazing, tillage, and unsustainable agricultural practices.

Besides many problems that are currently faced by Nepal's agriculture, do we need to care about soil salinization as well? If you have ever seen white crusts on soil surface or soil and water taste salty, yes, it is what you think. Salinization of soil is an excessive accumulation of water-soluble salts. Because all irrigation waters contain water-soluble salts to some extent. What's more is that the more irrigation water is used to increase food production, the more saline soils become. Most of the crop plants are sensitive to salinity caused by high concentrations of salts, and the area of land affected by it is increasing day by day.

A book, "The Soils of Nepal", published in October 2021, reported that Nepal does not have a significant soil salinity problem. It is because rainfall in most of the areas is about 1,000 mm per year which is enough to leach the salts from soil surface. Some arid and semiarid regions of Mustang and Manang districts can develop salinity problems, but the area is small and the melting of snow often leaches the salt. In addition, there is no direct problem of sea-level rise and possible saltwater overtopping and inundating agricultural lands. As a remarkable note, the Nepalese Society of Soil Science requested the UNFAO to modify 2021 slogan as "Halt the soil acidity, boost soil productivity" (see #WorldSoilDay logo in Nepali language).

Salinization is a huge problem in arid and semi-arid regions, where irrigation is widely practiced, supporting growth and development of crops and such irrigation water is often naturally salty. Poor drainage leads to water-logging conditions and raises the water table. It brings the salts in the sub-surface nearer the surface. When water evaporates, salt is left around the roots of plants, preventing them from absorbing water, crops start wilting and die due to the inability to take up enough water. Similarly, sea level rise induces seepage into areas lying below sea level. Due to high evapotranspiration and lack of rainfall to leach the soils in arid regions, wind in coastal areas can blow moderate amounts of salts inland. Accumulation of salts not only degrade soils and crop productivity but increase groundwater pollution, which may be unsuitable for drinking purposes.

Today 9 percent of the total land area worldwide is affected by salinity. This is still a big problem for Egypt, where more than 35 percent of cultivated surface is affected due to accumulation of salts and those areas are turning into desert. In Bangladesh, there is a growing practice of converting farmlands to aquaculture (shrimp farming industry) as their land becomes inundated due to rise of sea level. Farmers in Israel share a similar problem of soil salinity because they are using the Mediterranean Sea as the main source of water for agriculture. However, they are adopting desalinization (a process of removal of salt or other chemicals from sea water or soil), plus recycling water technologies to meet the water requirement for the sustainable agriculture production system. Today 90 percent of wastewater is recycled in Israel, this is about four times more than any other country in the world.

Basically, inappropriate management practices, poor irrigation water quality and climate change may increase the problem of soil salinity. But for countries like Nepal, certain agricultural management practices can worsen soil salinization which includes overgrazing of pasture lands, mono-cropping practices, inappropriate use of nitrogenous fertilizer, leaving farming lands into barren fields, etc. Many farmers believe that increasing the amount of nitrogenous fertilizer is synonymous with a good yield. This is not true- continuous and excessive rate of nitrogenous fertilizer application can lead to undesirable consequences, such as reduced crop yields and degraded soil and environmental quality from soil acidification, nutrient leaching, and greenhouse gas emissions.Mono-cropping practices deplete the soil nutrients and enhance soil erosion over time. Barren fields, which results from either due to lack of manpower in agricultural operation or unsuitable for farming due to natural disasters such as landslides and floods, need to cover the surface with vegetation to protect it from erosion.

More importantly, we should avoid continuous livestock grazing on the same piece of land because the soils of those areas will have less tendency to hold water and can lead towards the process of desertification. We should plan rotational grazing, which can mimic nature and helps in grassland restoration. Allan Savory made a significant breakthrough in understanding what was causing the soil degradation and desertification of the world's grassland ecosystem in the 1960s, where he developed a planning process of holistic management and planned grazing. His TED talk in 2013 has received over 4.8 million views on YouTube. This is a big message for us to protect our soils from desertification, and possibly from soil salinization in the future.

Additionally, many climate models project a decrease in rainfall in the dry season and an increase during the monsoon in South Asia,Nepal has already shown an increased frequency of droughts in recent years. Historically, the drought of 1994 affected 35 districts of western hilly and terai regions. Drought of 2008/2009 affected 40 districts, where about 50 percent of the total precipitation was decreased. Sometimes these droughts have been followed by floods and heavy rainfall- all these extreme events not only damage crop productivity, but also soil productivity. Farmers cannot make it rain—or make it stop. But they can do things to make their land less vulnerable to the effects of extreme events.

It is no wonder that even before #WorldSoilDay appears annually on the calendar, we all are responsible to keep soil alive and healthy. A handful of healthy soil contains more living organisms than the current human population on the Earth. Imagine that soil is like a giant stomach that can digest everything, woodlice and springtails break up larger pieces, round worms and single cell organisms take care of smaller ones, bacteria and fungi colonize the material, earthworms eat, dig tunnels, fertilize, and aerate the soil- all these results produce fertile humus containing minerals and nutrients that are important for plant growth.

Whenever you get a bunch of flowers from someone, the first act you will show is that you will put your face in the flower and smell it. So, if you are doing the act of love to the flower, why not take that further step and make sure that it is the healthiest thing that you could possibly buy on the face of the Earth. The message is clear- soils hold the story of our past, they are supporting us today and their health is pivotal to our future.

(The author is a Soil Scientist and Co-Editor of the book, "The Soils of Nepal" ).