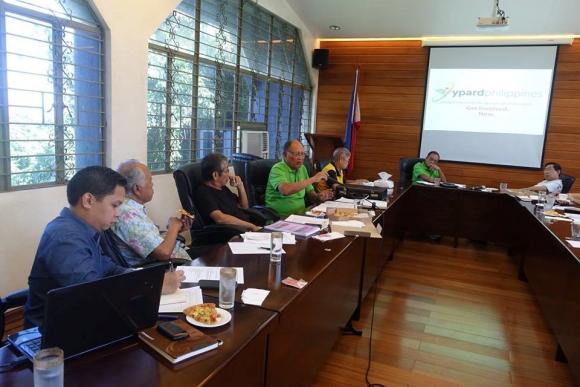 On November 16th this year, YPARD Philippines (YPARD Ph) Country Representative, Jim Cano, joined the Coalition of Agricultural Modernization in the Philippines, Inc., (CAMP) Board Meeting as a new member.

The coalition, fondly referred to as the CAMP, brings together volunteers, men and women, from agriculture, agribusiness, industry, academic, government, professional groups and international organizations in a bid to champion agriculture modernization in the Phillipines.

Jim attended the board meeting and  presented the thrust of YPARD to this group of high level and very seasoned scientists in agriculture, forestry, aquaculture, and some of which are very successful agri-entrepreneurs. The reception was quite well the fact that he is the only young person in the board notwithsatnding.

This link with seasoned scientists and policy advocates through CAMP is an essential step for YPARD Philippines to enter the industry as thought-leaders for youth related matters. This will not only give the youth a voice on matters Philiphines agriculture, but also supports the aim to increase the involvement of youth in agricultural research and development (ARD). Currently, CAMP has been called on to help draft bills in Congress for agriculture-related policies. The organization’s expertise in policy formulation will also help YPARD Ph members develop skills in policy formulation, lobbying, and networking, which are vital skills for the strategic involvement of YPs in national agriculture policy.

Jim on behalf of the YPARD Phillipines anticipates to learning and gaining more foresight from the expirienced lot. Some of the members of the board have served as Directors of high level agricultural research institutes, such as the Southeast Asian Regional Center for Graduate Study and Research in Agriculture (SEARCA), Asian Vegetable Research and Development Center in Taiwan (AVRDC), and also served as public officials in the Philippine government through agriculture, aquaculture or environmental agencies.

Motivating the youth for agricultural transformation

Join us at Tropentag 2017! YPARD  IAAS workshop on improving the position of youth in agriculture