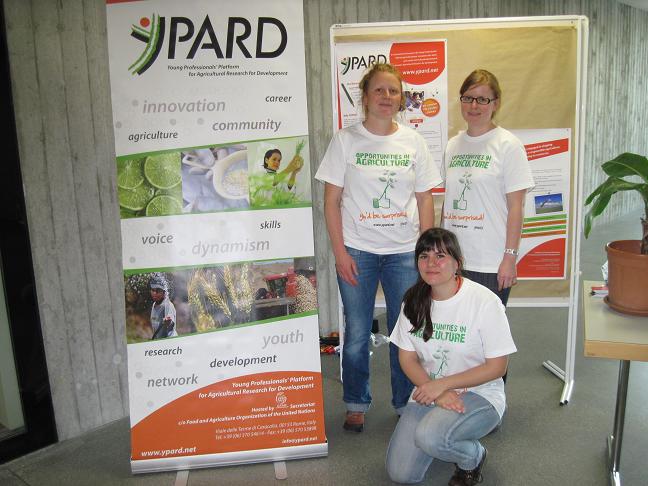 During two days a team of three motivated YPARD promoters (Martina Graf, the European Coordinator, Johanna Gysin, Swiss representative and Rahel Wyss, a committed YPARD member) spend their lunch break in front of the HAFL  canteen and spread the word about YPARD among students but also among lecturers, researchers and other employees of the college.

The event was a success; people were very interested and asked about YPARD and its objectives. We could record many email-addresses of people in order to send them more information and details about our upcoming event : a visit of YPARD Switzerland to the Urban Agriculture Net Basel. Of great help were the well-designed panel and posters as well as the leaflets on the advantages and offers of YPARD and finally some snacks which were eye-catchers for the hungry students heading towards the canteen. 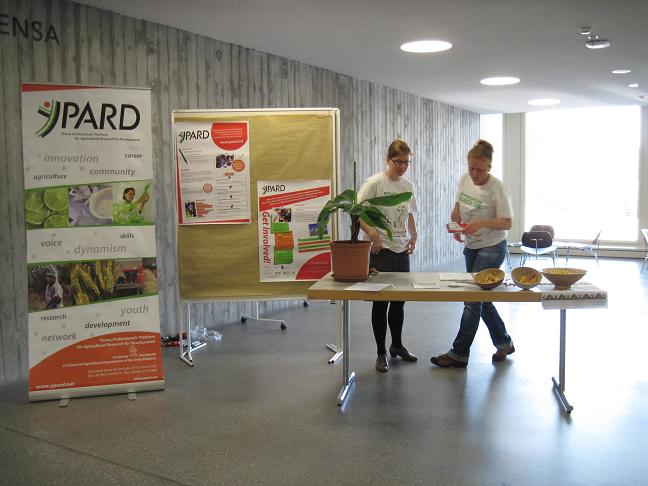 The event increased very much the awareness of students and employees about the existence of YPARD but also about HAFLs role as host of the European coordination unit.

It was held for the first time at HAFL, and it is planned to repeat it next year and then continue on a regular basis to keep students aware and updated about YPARDs platform. After the successful info-event more promotion of YPARD is planned, such as placing articles in journals, approaching research organizations in Switzerland but also organizing own events to facilitate exchange among YPs in order to establish an effective network.

A growing, vibrant online and on the ground network : YPARD 2015 Annual Report

An avenue for the new generation to take up agricultural development